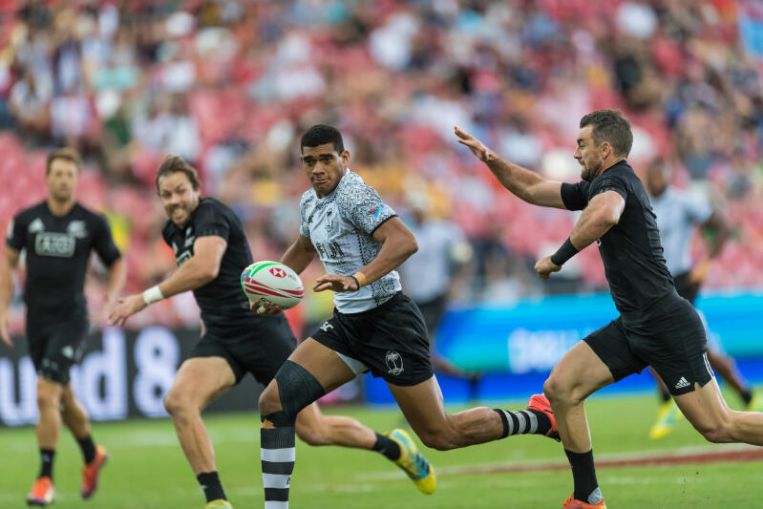 Initially planned for April, the event was moved to Oct 29-30 to “provide a longer runway for the Covid-19 situation to stabilise and for more spectators to be permitted into the venue”.

The Singapore leg will be the penultimate stop before the Series finale in Hong Kong from Nov 5-7. Organisers had initially hoped to kick off the series – which has comprised of 10 stops since the 2015-16 season – in Hong Kong and Singapore in April.

“A further update on contingency scheduling for the HSBC World Rugby Sevens Series 2021 will be provided early in the new year, with a return to a full competition schedule anticipated for the 2022 edition,” said a statement on the World Rugby website.

This year’s edition had been postponed from April to October, before it was cancelled owing to the coronavirus pandemic.

It is one of several marquee events the Republic hosts annually, including football’s International Champions Cup (ICC), the HSBC Women’s World Championship, and the Formula One Singapore Grand Prix.

Those events were cancelled this year as well but the HSBC Women’s World Championship looks set to return next year too after its title sponsor announced on Monday it has renewed its commitment to the tournament on a multi-year deal.

SportSG chief executive officer Lim Teck Yin said the agency will work with World Rugby, the Singapore Rugby Union (SRU) and the Singapore Sports Hub to “take every precaution to ensure the safety of fans in line with prevailing distancing measures”.

He added: “This is a prudent step forward for rugby and we are looking forward to welcoming fans back to the sport.

“We thank the fans and rugby community for their continued patience as we prepare for the safe resumption of sport.”

The rugby fraternity welcomed the news but remain wary as while Singapore’s Covid-19 case numbers have been low, other countries are seeing rapidly rising numbers.

Over 1,000 cases were reported in South Korea on Thursday for the second consecutive day, while Germany went into a second lockdown on Wednesday that is expected to last until at least Jan 10.

Douglas Danapal, SRU’s head of commercial, public relations and marketing, said: “We’re definitely looking forward to it. As a country, Singapore is opening up and we’re somewhat ready to bring in international events.

“We’re affected by global circumstances but we’ll just prepare, do our best and look forward to October when it comes.

“We need to get local rugby started as well to get people happy, interested and enthusiastic so we can slowly build up to the event. Everyone’s hungry for rugby and sport.”

Rugby fan Ernie Khoo, who has attended the past three Singapore Sevens, was overjoyed when he heard the news, adding that it was the right decision to hold the event in October instead of April.

The 50-year-old said: “I would think April is a bit too premature. October is a long wait but I guess with current circumstances, it might not be too safe to hold it in April.

“Naturally I think we will all have to err on the side of caution and there has to be very strict protocols carried out. Now the numbers are still sizeable across the globe so there has to be the element of safety and caution especially if there will be foreign fans too.”

Existing tickets will remain valid for next year’s event but fans may also request a full refund through Ticketmaster by calling +65 3158 8588 or emailing [email protected] For more information and updates, visit their website.