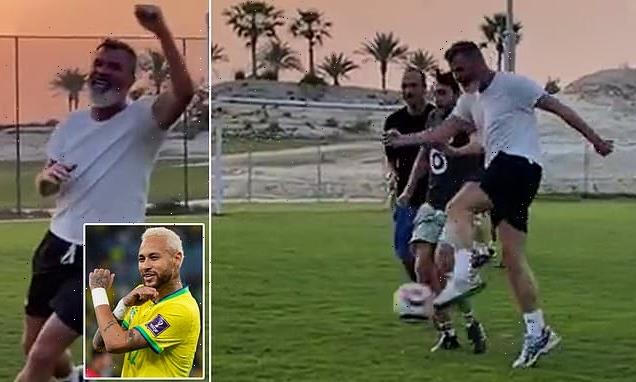 Roy Keane celebrates madly after scoring for ITV against the BBC

Roy Keane scores the winner in a friendly between ITV and the BBC… before Irishman shows his light-hearted side by ripping off his shirt and celebrating wildly just days after he SLAMMED Brazil for their dancing!

Roy Keane scored the winning goal in a friendly match between ITV and the BBC on Wednesday, before proceeding to celebrate exuberantly.

Following the conclusion of the Round of 16 fixtures on Tuesday, the World Cup entered a two-day break – the first days since the tournament began that there are no fixtures.

This meant a couple of days away for the TV pundits and journalists, with ITV taking on BBC in a friendly game instead. 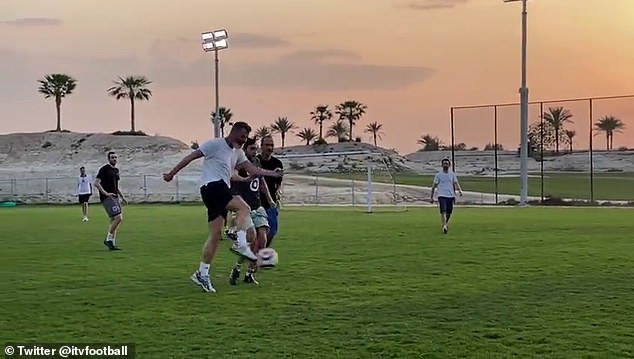 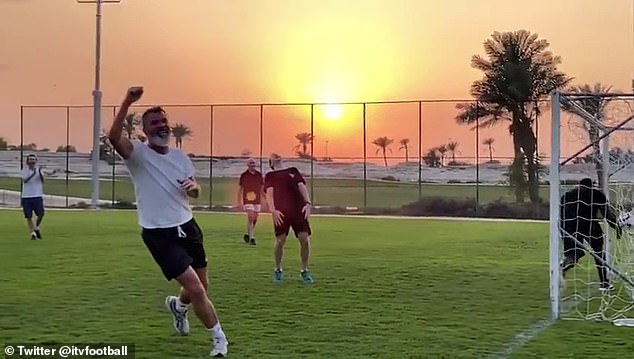 And, during the game, hard-talking pundit Roy Keane scored the ‘golden goal’ in the clash after finishing past the BBC’s Micah Richards, who was in goal for his employers in Qatar.

In a clip shared by ITV on Twitter, Keane can be seen playing a pass to another colleague before Richards pulled off a fantastic save.

The ball then rebounded to the former Manchester United midfielder who powered the ball past Richards on the  half volley in what was labelled a ‘golden goal’. 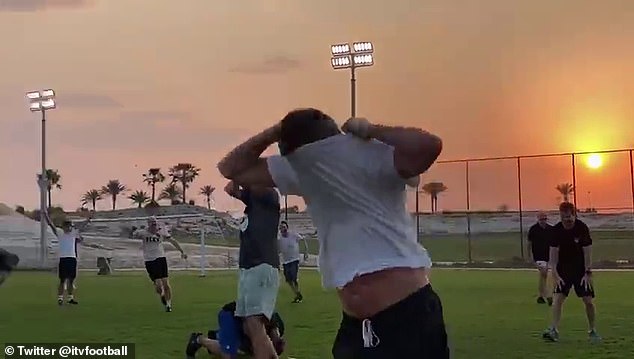 Keane then proceeded to celebrate madly, as he ripped off his T-shirt after scoring 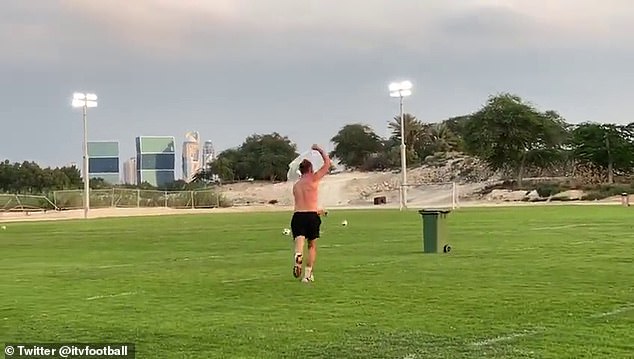 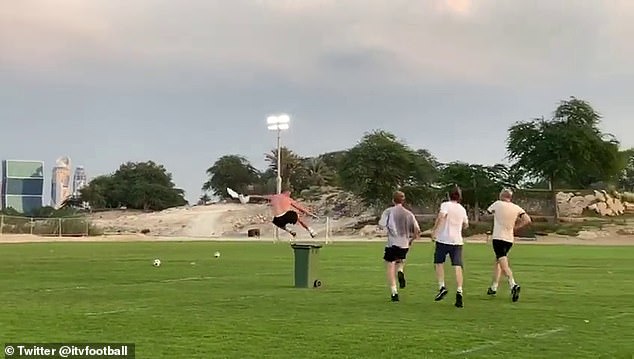 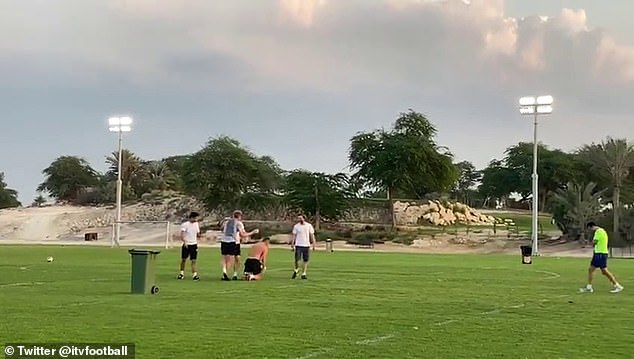 Keane then wheeled away and ripped off his shirt, flailing it above his head before he jumped over a wheelie bin and was mobbed by teammates.

The clip was captioned: ‘A day off for the @ITVSport team today in Doha so of course we played football.

‘So enjoy this glorious moment as Roy Keane scores against none other than special guest @MicahRichards. Fancy a rematch @BBCSport?’

Keane’s exuberant celebration came just days after he had slammed Brazil for celebrating each of their four goals against South Korea with pre-planned dancing routines. 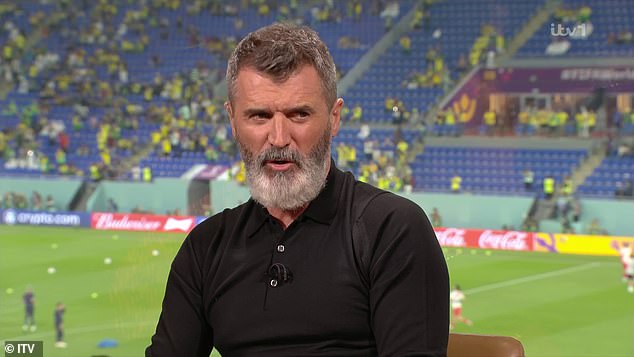 Keane had fumed: ‘Fantastic finish by Vinicius, great start to the game. But I’ve never seen so much dancing.

Brazil continued to offer up a variety of moves as the goals flew in, with even manager Tite getting involved as he mimicked Richarlison’s pigeon celebration following the third goal.

‘I don’t like this. People say it’s their culture. But I think that’s really disrespecting the opposition,’ Keane furiously continued.

Credit:Illustration: Badiucao To submit a letter to The Age, email [email protected]. Please include your home address and telephone number. No...