Home » Sport » Rory McIlroy, With a New Coach and Returning Galleries, Has Rebounded 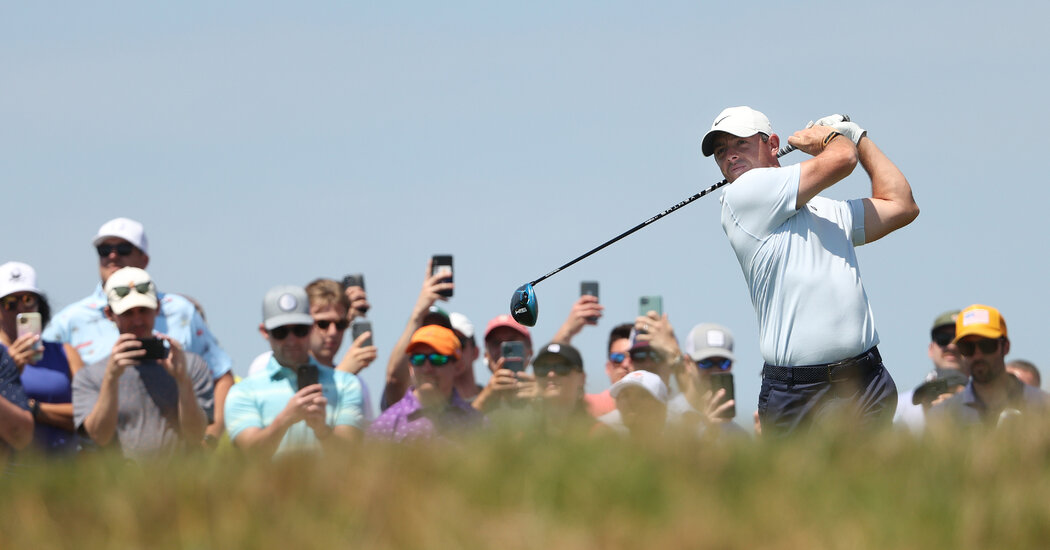 Rory McIlroy, With a New Coach and Returning Galleries, Has Rebounded

KIAWAH ISLAND, S.C. — Returning to the scene of one of his greatest triumphs, Rory McIlroy played a practice round Tuesday at the Ocean Course on Kiawah Island, where in 2012 he won the P.G.A. Championship by a staggering eight strokes.

It is the largest margin of victory in the tournament, which was first contested in 1916. McIlroy was only 23.

Standing about 100 yards from the 18th green, where he sank a 20-foot putt to close out his 2012 performance, McIlroy was asked Tuesday if that victory — the second of four major championships he won from 2011 to 2014 — felt like nine years ago.

“It seems longer,” said McIlroy, one of the PGA Tour’s most candid, reflective members. “I feel like a different person and a different player.”

At the conclusion of the 2012 P.G.A. Championship, which came 14 months after McIlroy won the United States Open — also by eight strokes — there was a growing consensus that men’s golf was at the dawn of a new era, one that would be dominated by McIlroy. Tiger Woods had not won a major since the United States Open in 2008.

McIlroy has indeed cast a long shadow over golf. He has spent 106 weeks as the world’s top-ranked golfer, holding that spot for more than five months last year.

But McIlroy, 32, has also been transformed from the floppy-haired 20-something of his last appearance at Kiawah Island. He is now married and a new father, and he endured a rare decline for much of 2020 and 2021, finishing 30th or worse in nine tournaments. At the Masters tournament, where McIlroy has been in the top 10 six times, he missed the cut this spring. His world ranking, now at No. 7, dropped as low as 13th.

But taking the advice of a new swing coach, Pete Cowen, who has known McIlroy for many years, he has rebounded, winning the Wells Fargo Championship — his first PGA Tour appearance since the Masters — on May 9.

McIlroy’s down period was never long enough to cast the Wells Fargo victory as a comeback, but his return to Kiawah Island, where he will seek his first major championship in nearly seven years, has allowed him to take some measure of what has changed in his life since 2012. 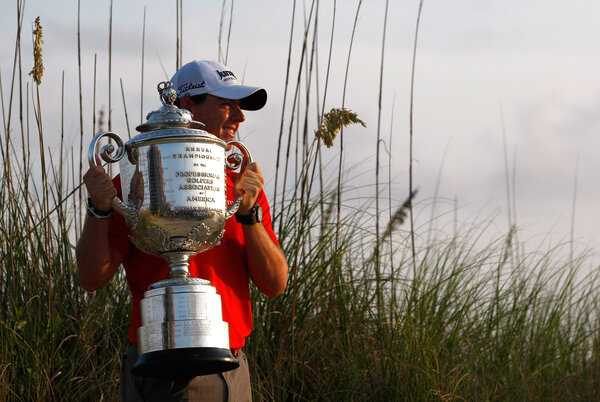 “I’m in a completely different place in life,” he said. “Yeah, everything has changed, really.”

Adam Scott — the 2013 Masters champion, who is now 40 — has watched McIlroy’s entire professional career. He was unsurprised by the Wells Fargo victory, and he mostly recalls McIlroy’s soaring heights, including the 2012 P.G.A. Championship. On Tuesday, Scott was asked if that performance had called to mind Woods in his prime, when he made golf seem patently easy.

“Yeah, Rory was giving off that vibe at the time,” Scott said. “That was his second major win, and he’d won both majors by eight. That sounds pretty Tiger-esque to me. That was the early Tiger kind of moves.

“I mean, it looked free-flow, and he was driving it much longer than most others that week, and straight, and rolling putts in. When talented guys like a Tiger or a Rory start doing that, it does make the game look easy, even on a really tough course.”

Wherever McIlroy’s golf game stands as he enters his 49th major championship, he has a more upbeat, energized approach than he did last year, amid the pandemic. McIlroy, more than any other top golfer, admitted that his stumbles in 2020 were in part related to the lack of fans at events.

He felt listless without the reaction of an enthusiastic gallery after a good shot and conceded that it had an effect on his ability to play his best. On Tuesday, McIlroy said he had been boosted by the return of fans at events where attendance is at about 25 percent of capacity, or roughly 10,000 spectators.

“It’s funny, ever since I was 16 years old I’ve had thousands of people watch me play golf pretty much every time I teed it up,” he said. “Even going back to amateur golf, that was true. So then, not having that last year after playing in that environment for 14 or 15 years, it was so completely opposite.

“As I said at the time, it was like playing practice rounds. It’s easy to lose concentration. Everyone is used to a certain environment, whatever work you do.”

McIlroy said he had watched the Champions League soccer semifinals and realized that the players had to be performing in front of an empty stadium for the first time in their careers.

“That just must be terrible,” he said. “You want to play in front of people and you want to feel that atmosphere. It’s unfortunate that in these times a lot of people don’t have that experience, but I am glad that we’re getting back to some sort of normalcy.”

Even the silly remarks that fans are prone to shout after a golfer’s shot — mostly to be heard on the television broadcast — no longer annoy McIlroy.

“Yeah, love the mashed potatoes guys again,” he said, smiling. “I don’t even care about the stupid comments. I’m just glad that everyone is back here.”