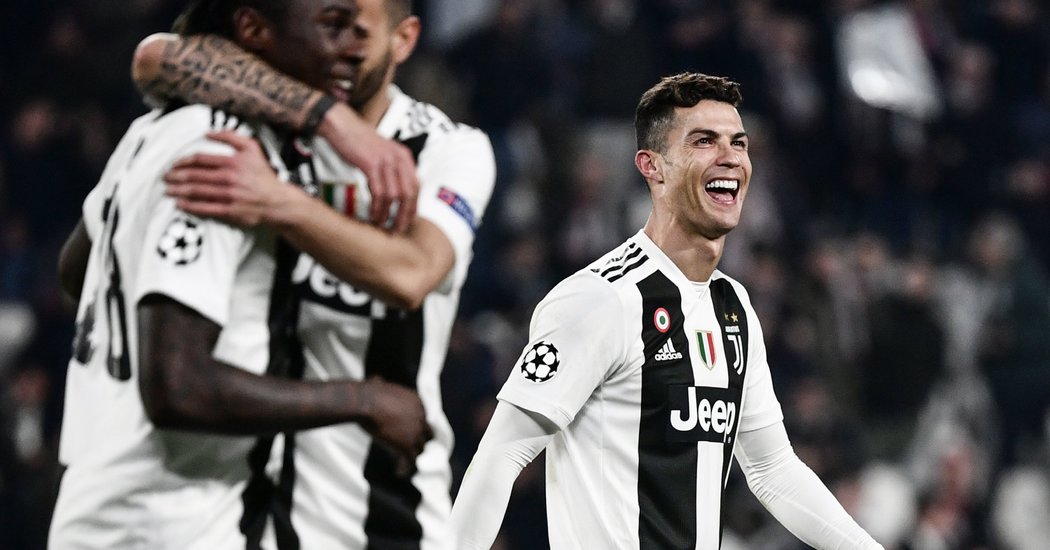 Ronaldo and Juventus Will Avoid U.S. Amid Rape Investigation

Organizers of a high-profile summer tournament for world soccer’s biggest club teams have decided to keep Juventus and its star Cristiano Ronaldo away from the United States this year, eliminating the risk of the Portuguese star’s being detained by the authorities as part of a rape investigation in Las Vegas.

While the bulk of the games in the tournament, the International Champions Cup, will take place in the United States as usual, Juventus’s games will be a part of the Asian version of the annual event. Juventus will be joined there — most likely in China and Singapore — by the Premier League teams Tottenham Hotspur and Manchester United.

Ronaldo, a five-time world player of the year, is in his first season in Italy’s top league after Juventus paid more than $114 million to acquire him from Real Madrid last July. Only months after his transfer, the Las Vegas Metropolitan Police Department said it had reopened an investigation into accusations by an American woman, Kathryn Mayorga, who said Ronaldo raped her in a Las Vegas hotel room in 2009 and later paid her $375,000 for her silence.

Ronaldo and his lawyers repeatedly denied the rape accusation when it emerged in September; Ronaldo labeled it “fake news” in a video posted on one of his social media accounts, and at one point his lawyers threatened to sue the German newsmagazine that was the first to publish Mayorga’s accusations. Juventus stood behind its star, too, expressing appreciation for his “great professionalism and dedication” and saying Mayorga’s accusations “do not change this opinion.”

Juventus has a multiyear agreement to play in the International Champions Cup, which is organized by New York-based Relevent Sports. Ronaldo’s legal troubles played a role in shaping plans for Juventus’s participation, according to people familiar with this summer’s schedule, which will be released next week.

A spokesman for Juventus, which is on course to win an eighth straight Italian league championship, said “going east” to Asia was normal after spending recent preseasons in the United States.

While preseason tours are not seen as serious competition, they are vital for teams’ preparations ahead of the new season, and Juventus would have drawn unwanted scrutiny had it traveled to America without Ronaldo, its star attraction.

The case against Ronaldo resurfaced after the German magazine Der Spiegel said it had obtained confidential documents related to the case, and the purported payment by Ronaldo to settle it, from the whistle-blower platform Football Leaks. Around the same time, the Las Vegas Metropolitan Police Department said it had reopened its investigation into the rape accusation, following up on information it said had been provided by the victim.

Ronaldo, now 33, was a star at England’s Manchester United when he met Mayorga, now 35, at a Las Vegas nightclub in 2009, just before his record-breaking transfer to Real Madrid. He invited her and others to his suite in the early hours of June 13, 2009, she said, where she says he sexually assaulted her.

According to her lawsuit, Mayorga reported being assaulted to the police later that day and underwent a medical examination, during which evidence was collected in what is sometimes known as a rape kit. The Las Vegas police have acknowledged that Mayorga filed a report and was examined, but the police said she did not name her attacker at the time. The case was reopened at Mayorga’s request in September.