Home » Sport » Ronald Koeman is laying foundations for a new era at Barcelona like Frank Lampard did at Chelsea, says Albert Ferrer 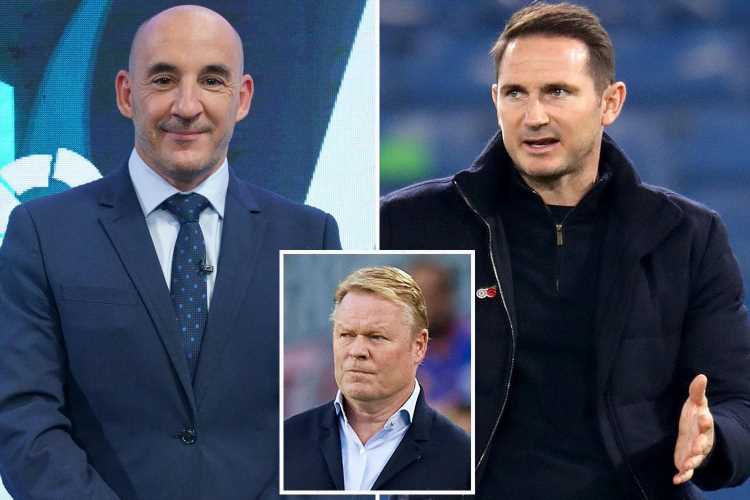 Ronald Koeman is laying foundations for a new era at Barcelona like Frank Lampard did at Chelsea, says Albert Ferrer

RONALD KOEMAN can be Barcelona’s Frank Lampard, according to club legend Albert Ferrer.

The former Barca, Chelsea and Spain full-back believes the Dutchman is laying the foundations for a new era at the club – like Lampard did during his 18 months as Blues boss. 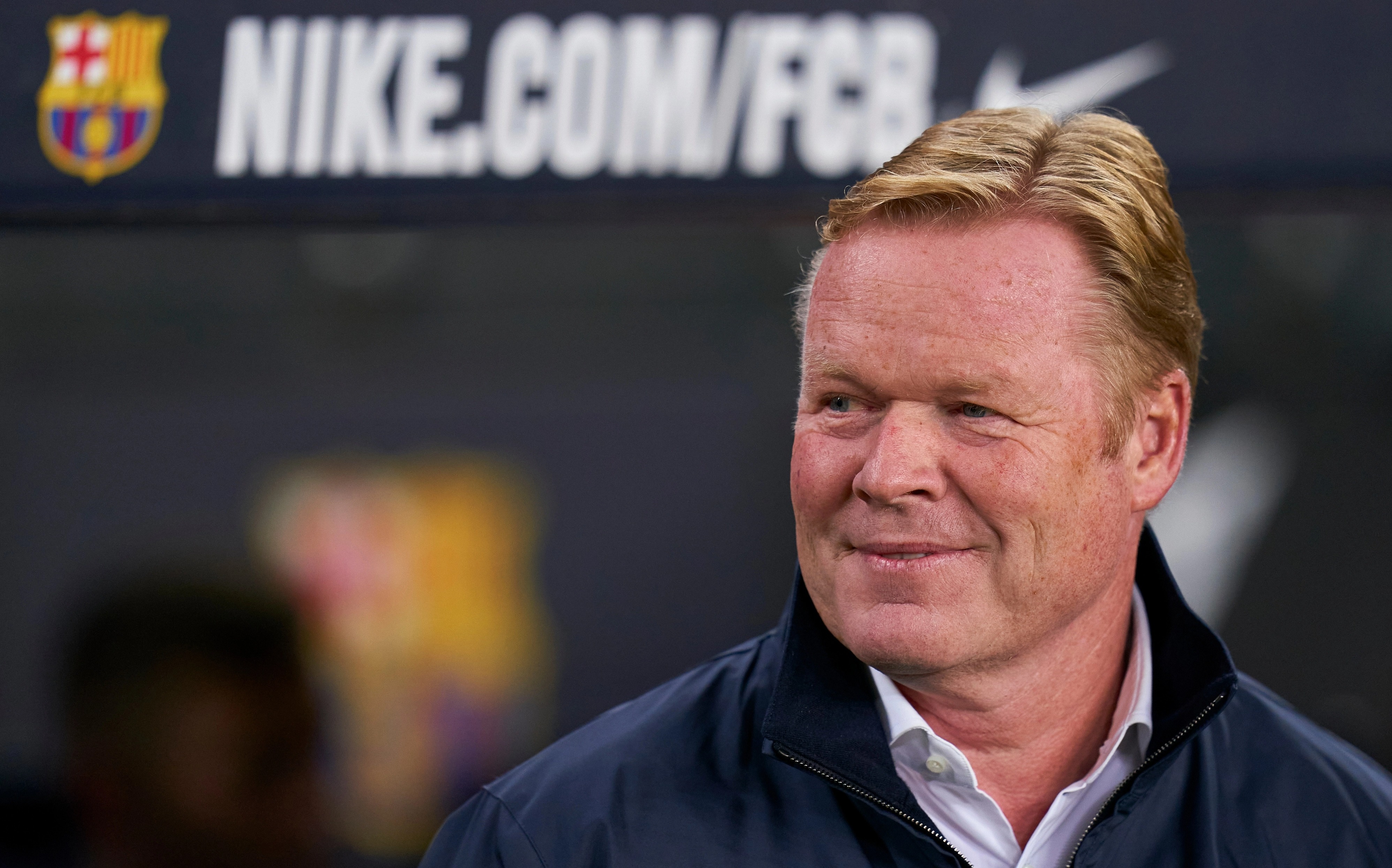 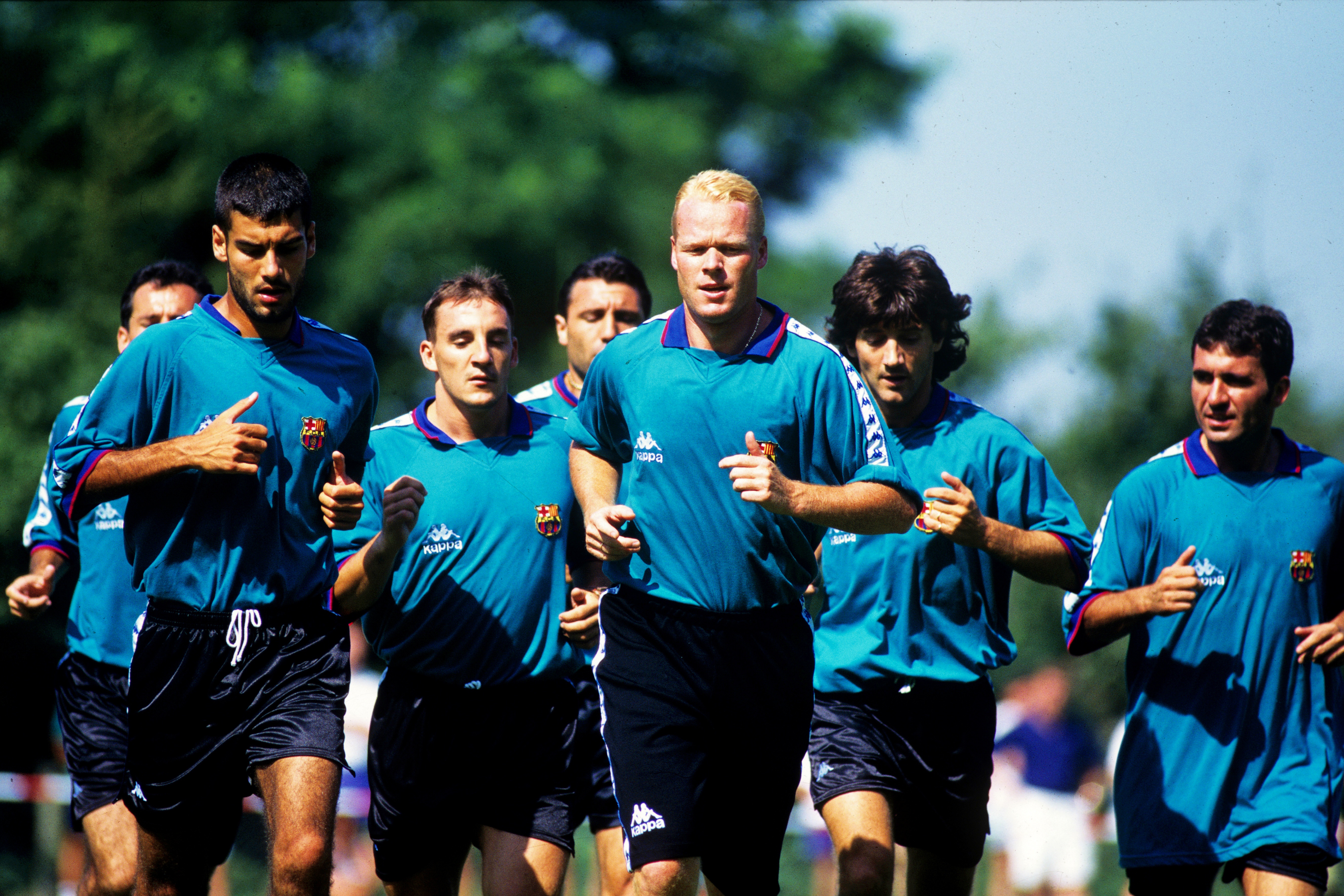 Koeman, 58, will lead a young Barca side into their first El Clasico in the post-Lionel Messi era when Real Madrid travel to the Camp Nou.

As the club continues to wrestle with debts amounting over £1.3billion and empty seats in a crumbling stadium in need of a lick of paint, the Catalans head into the crunch match as underdogs.

Barca were on the cusp of losing their identity as the club plunged into financial turmoil under former president Josep Bartomeu.

They spent over £1bn on players between 2014-2019, turning away from their philosophy of bringing star names like Xavi, Iniestia and Messi from their famous La Masia academy.

But their financial constraints has seen Koeman bring the club back to their roots by relying on teenage stars Perdi and Ansu Fati – both of whom have recently signed new contracts with billion Euro release clauses – as well as 17-year-old sensation Gavi.

The LaLigaTV pundit said: “The situation is not the best but one of the positives is that they cannot spend a big amount of money.

“So they now can bring through and rely on the academy

“When these things happen, they need time. If they do not win any trophies this season, it is not that important because they are building something for the future.

“There are a lot of similarities with Chelsea because these players in two or three seasons will make the team much stronger.

“Having players like Pedri, Gavi and Fati is an example that the academy is working properly. They know the philosophy of the club and it is a big advantage.”

Koeman looked set for the sack after his side suffered defeats in the Champions League to Bayern Munich and Benfica before losing to Atletico Madrid in the league.

But Ferrer, 51, believes his legendary former Barca team-mate is the best man for the job because, like Lampard at Chelsea, he knows the club inside out. 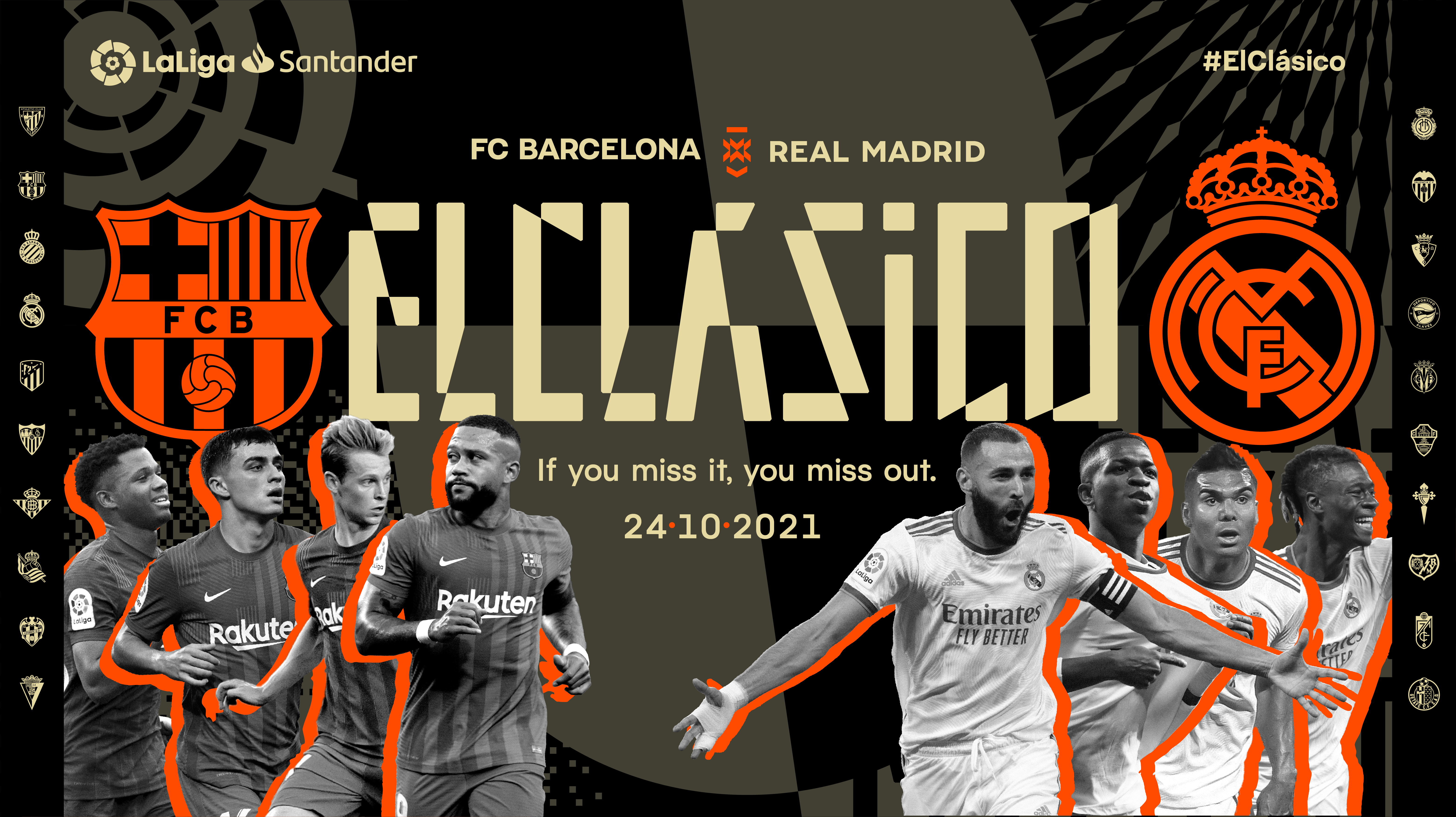 He added: “Koeman is a very calm guy.

“He went through difficult times also but he is used to this kind of pressure. If you see his press conferences, you do not see a guy who is under pressure.

“All the decisions he is taking is because he believes in them and I do not think the pressure will make him change his way at all and that is a good thing for the young players and the club.”

With Messi and Ronaldo dominating El Clasico in the past, this season’s derby is the start of a new era.

While the game may not be the title-deciding must-watch of the past, a new star now has the chance to write themselves into history.

Ferrer added: “We have seen so many Clasicos with Messi and Ronaldo that did not fulfil the expectations. By having the two top players in the world does not mean the game is going to be fantastic.

“For Barcelona there are a lot of new players to see. For Real Madrid they have young talents like Vinicius Jr and Karim Benzema who is enjoying the best moments of his career.”

Without galactico players, La Liga are using this El Clasico to showcase their tech innovations which will see the channel use 32 cameras, on screen statistical graphics and holographic interviews. 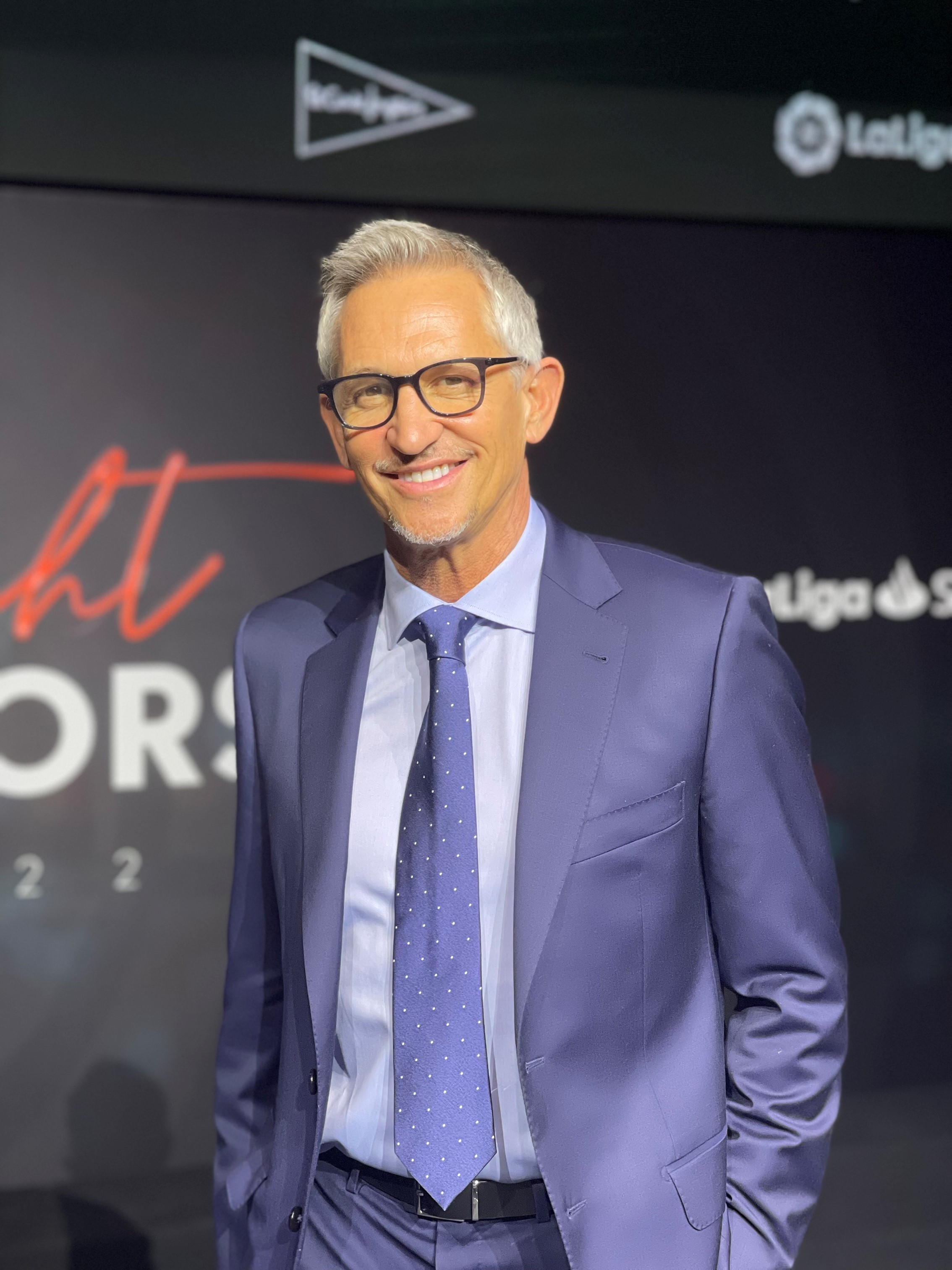 It will also see Match of the Day host Gary Lineker make his debut for the channel alongside Ferrer and former Middlesbrough and Nottingham Forest manager Aitor Karanka.

And Lineker, who played for Barcelona between 1986-89, said: “Scoring a hat-trick against Real Madrid never hurts your popularity, to be honest.

“LaLiga is one of the best leagues in the world, you can see that by the teams’ performances in Europe over the past decade and longer, there’s real quality throughout the league.

The style of play, and technical ability is something that really draws me to LaLiga.

“Some of the technology and innovation in the production of LaLiga and LaLigaTV is terrific. I'm a big believer in educating viewers and so the in-game graphics and added extras now available to fans watching Spanish football is fascinating.”

Watch ElClásico on LaLigaTV this Sunday. Coverage begins from 1pm with Gary Lineker hosting LIVE from the Camp Nou alongside Aitor Karanka and Albert Ferrer. Sign up to LaLigaTV with Premier Sports on Sky 435 / Virgin 554 or via streaming with Premier Player and Amazon Prime Video Channels.

Brandon Lee's family responds to fatal prop gun shooting on Alec Baldwin film set: 'No one should ever be killed by a gun on a film set'
World News