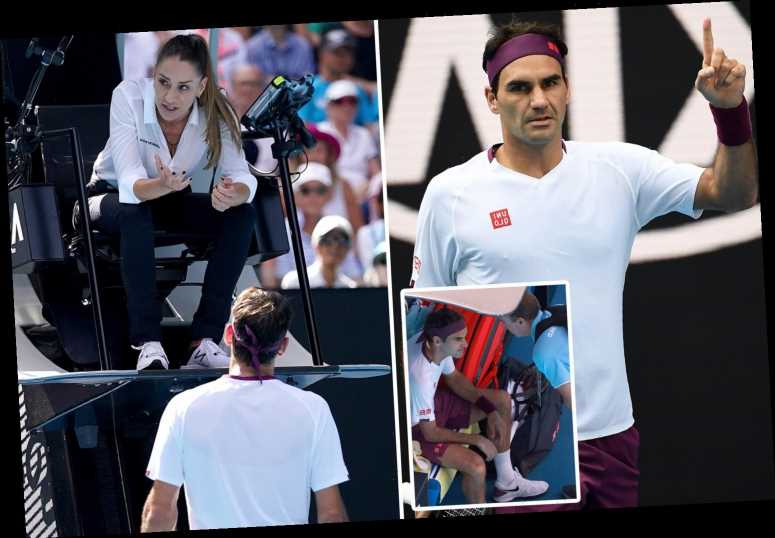 ROGER FEDERER survived a record SEVEN match points after being penalised for swearing and overcoming an injury to remain in the hunt for a seventh Australian Open.

In one of the most remarkable matches of his decorated career, the Swiss superstar somehow avoided a major upset to beat journeyman American Tennys Sandgren 6-3 2-6 2-6 7-6 6-3 on the Rod Laver Arena. 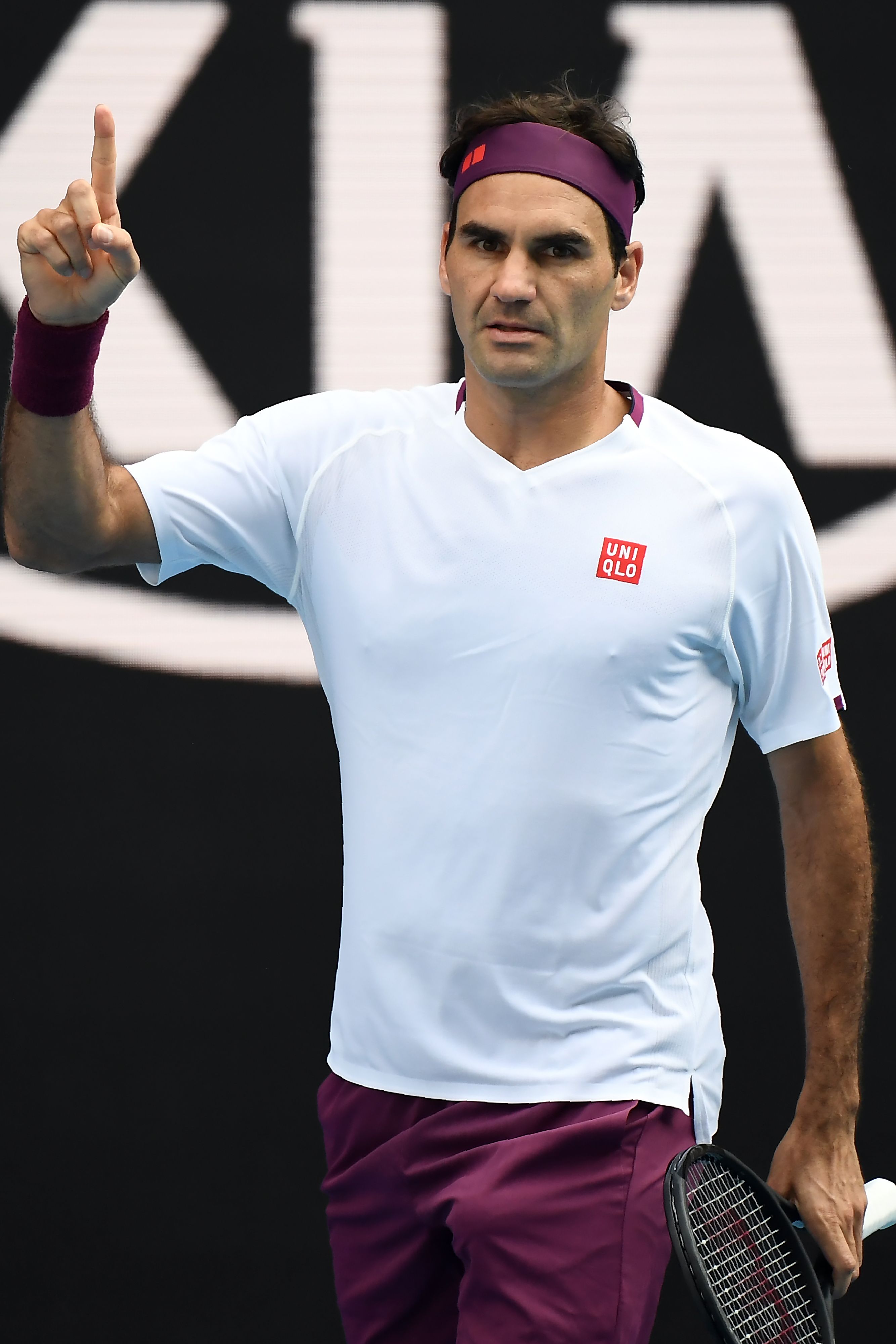 The No3 seed used his vast experience and dug deep into his astonishing physical reserves to reach the semi-finals against the fittest man on the Tour.

The Swiss superstar will now face either defending champion Novak Djokovic or No32 seed Milos Raonic in his fourth Australian Open semi-final in five years.

Federer said: "When you have seven match points, you are not under control. I was hoping he would not smash the winner. I got incredibly lucky. I don’t deserve this one though I am standing here.

"I have to play better otherwise I will be skiing in Swizterland. I have played a lot of tennis. Sometimes you feel funny. I started to feel my groin and my leg tightened up. I don’t like calling the trainer as it’s a sign of weakness. I try not to show that.

I believe in miracles… Suddenly you play without expectation, and you think you should be skiing in Switzerland. I was already on the way there.

"I believe in miracles. The draws aren’t getting easier. I have the rest of the day and tomorrow to do nothing. You do feel better in a couple of days. It was a lucky escape.

"Suddenly you play without expectation, and you think you should be skiing in Switzerland. I was already on the way there."

He played through the pain barrier after injuring himself in the third set, unable to bend his back, struggling at times to serve properly, lacking explosive movement.

Midway through the match, Federer was uncharacteristically reprimanded for his potty-mouthed language.

At break point on his serve at 2-0 down, Federer expressed his frustration by screaming: “F***ing.”

A line judge ran over to the chair umpire Marijana Veljovic to report that there had been an X-rated word.

Then there was a tetchy exchange with Federer asking: “What did I say?”

Veljovic: “I can’t repeat that.”

Veljovic: “No, I heard it kind of. But she heard it very clearly.” 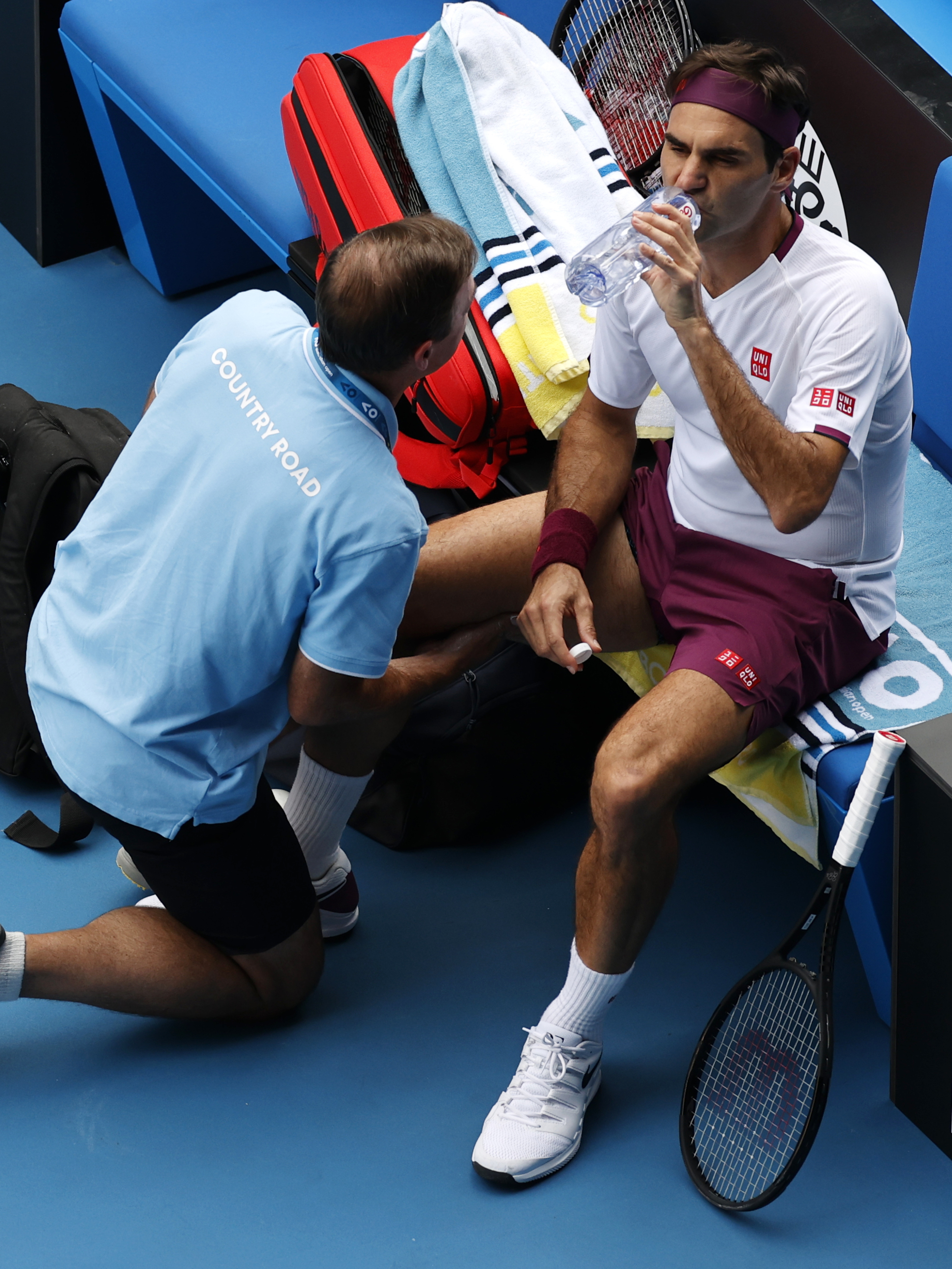 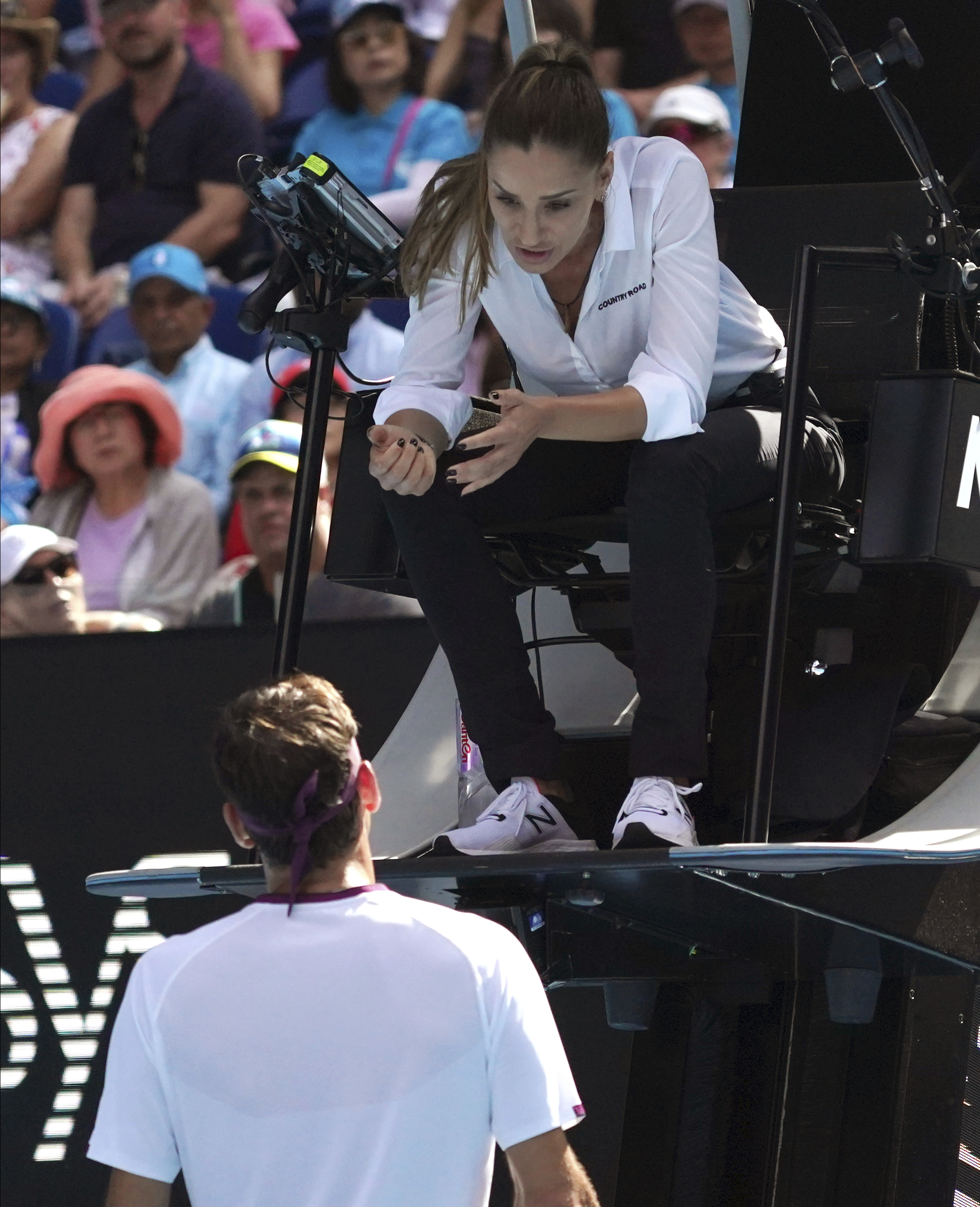 Federer, who is fluent in several languages, returned to the baseline to confront the line judge and then had another brief chat with the umpire as some members of the crowd started to boo.

Eventually, Federer accepted his punishment but lost the game with an unforced error.

At the next changeover, he called for a medical time-out and had assistance with the trainer backstage.

Before that, however, Federer continued the conversation and tried to argue his case. He said: “If you heard it so clearly, why didn’t you call it. She is from Switzerland right? You’re not sure, she is sure? Give me a break.”

After returning to action, he was unable to serve straightaway at top speed, his average first service speed dropping by 16km/h.

The 38-year-old, long considered the Benjamin Button of sport, started looking his age in this first Slam of the new decade as he was worn down by one of the most muscular men around.

But Sandgren started to get very nervous – maybe choke is a better word – and the 28-year-old from Tennessee could not close out the biggest win of his career.

In the fourth set, the world No100 had SEVEN match points but each time he either dumped his shot into the net or Federer just did enough to cling on.

Only once before – against Scott Draper at the 2003 Cincinnati Masters – had Federer managed to survive that many match points.

For Sandgren, there was one moment of concern when during the fourth-set tie-break, the ball girl accidentally ran into him and knocked his LEG.

It’s not sure if that put him off his stride, but Sandgren will be feeling the pain of this defeat for a long time to come.

The Sun’s coverage of the Australian Open is brought to you in partnership with Betway. 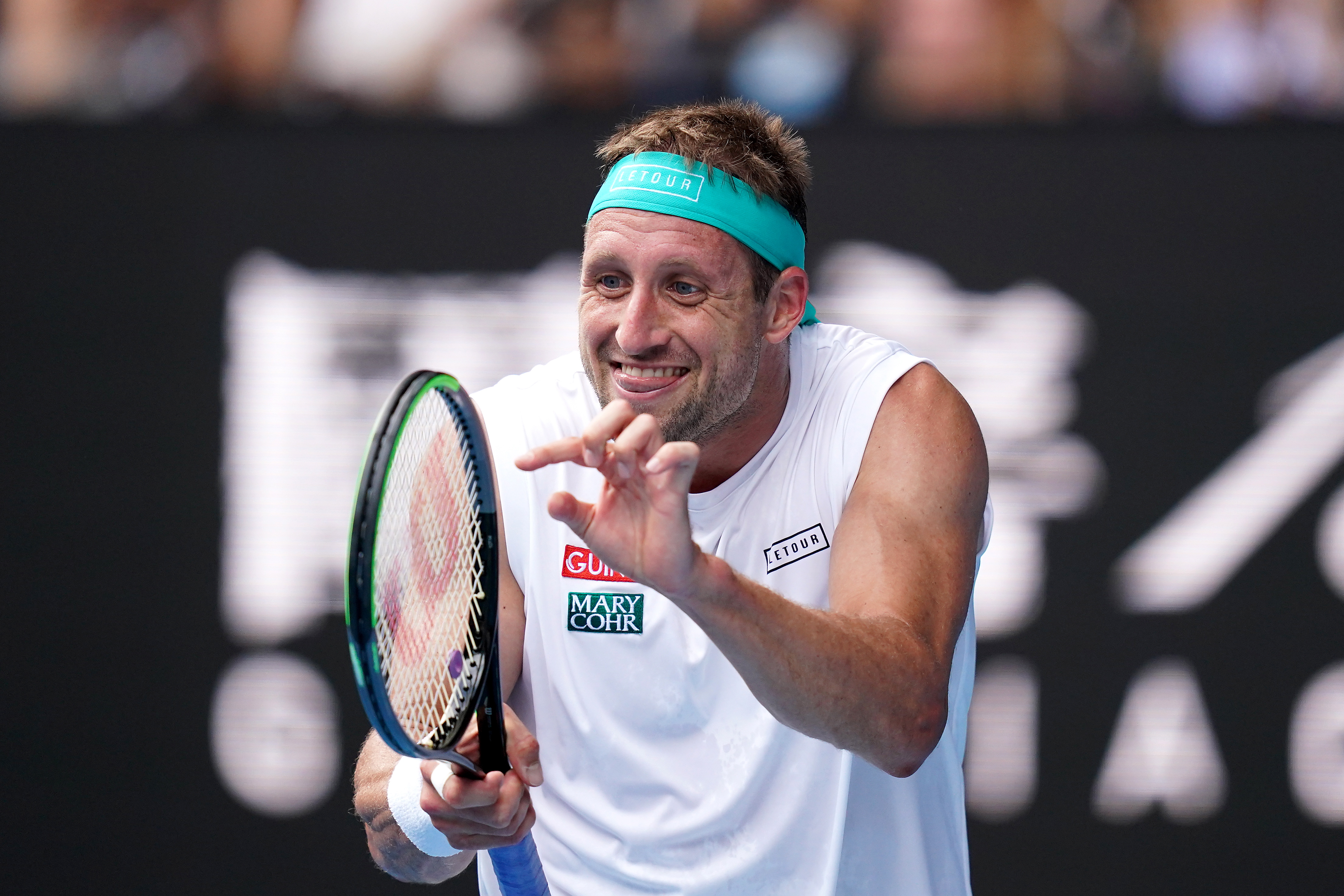