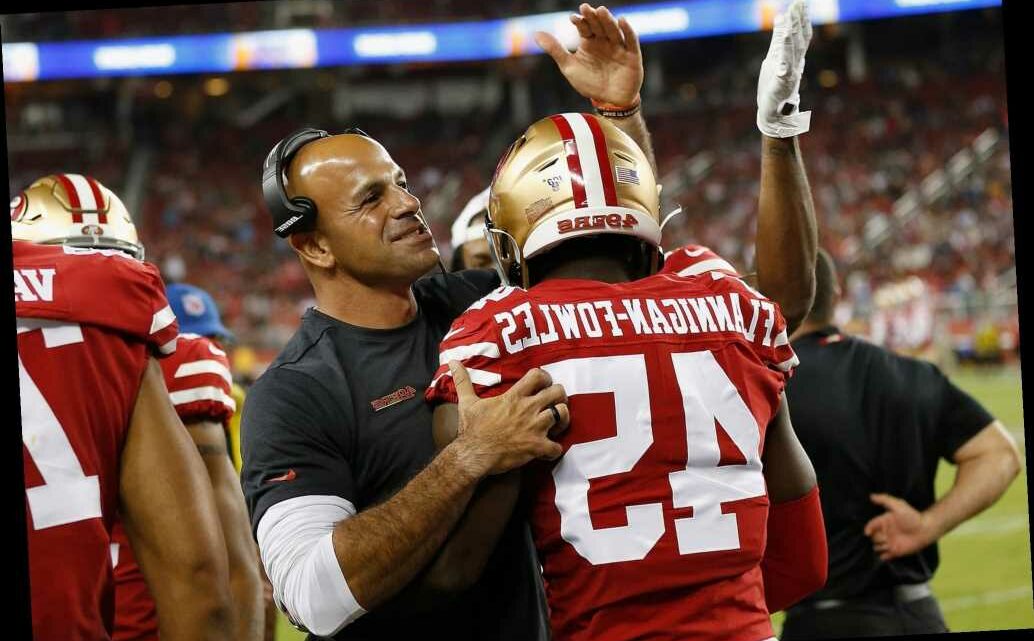 The Jets’ search is over.

The team reached an agreement in principle with 49ers defensive coordinator Robert Saleh to be their new head coach on Thursday night. Saleh, 41, was one of the hottest candidates in this coaching cycle. He interviewed with every team that had an opening except the Texans.

Saleh and the Jets reached a deal after he interviewed for a second time with the team on Tuesday and Wednesday at the team’s Florham Park, N.J., headquarters. Saleh left Wednesday and went to Florida to interview with the Eagles, which led some Jets fans to worry he was getting away. The Jets interviewed Titans offensive coordinator Arthur Smith on Wednesday night and Thursday. They reached a deal with Saleh around 10 p.m. Thursday.

Saleh fits what the Jets were looking for to replace Adam Gase. He is an energetic leader who is loved by his players. The Jets made it clear from the start they would be open to a coach from either side of the ball.

“I don’t know what’s wrong with people if they don’t hire him,” 49ers coach Kyle Shanahan said recently of Saleh. “I mean, he’s as good as you can get. … And he’s going to hire the best staff. He knows about players. He knows who knows what they’re talking about. … And he also knows how to deal with people. So, I hope everyone’s not very smart and doesn’t hire him so I can keep him. But I’m expecting not to have him.”

The 49ers had a rough year with injuries this past season and Saleh still managed to coordinate a top-five defense. San Francisco was without starters such as defensive end Nick Bosa (14 games), defensive tackle Solomon Thomas (14 games), edge-rusher Dee Ford (15 games), cornerback Richard Sherman (11 games) and safety Jaquiski Tarrt for extended periods of the season. Even so, the 49ers finished fifth in yards allowed (314.4 per game), fourth in passing yards (207.7) and seventh in rushing (106.4).

From bushfires to COVID-19, an exhibition of Herald photographs chronicles an extraordinary year