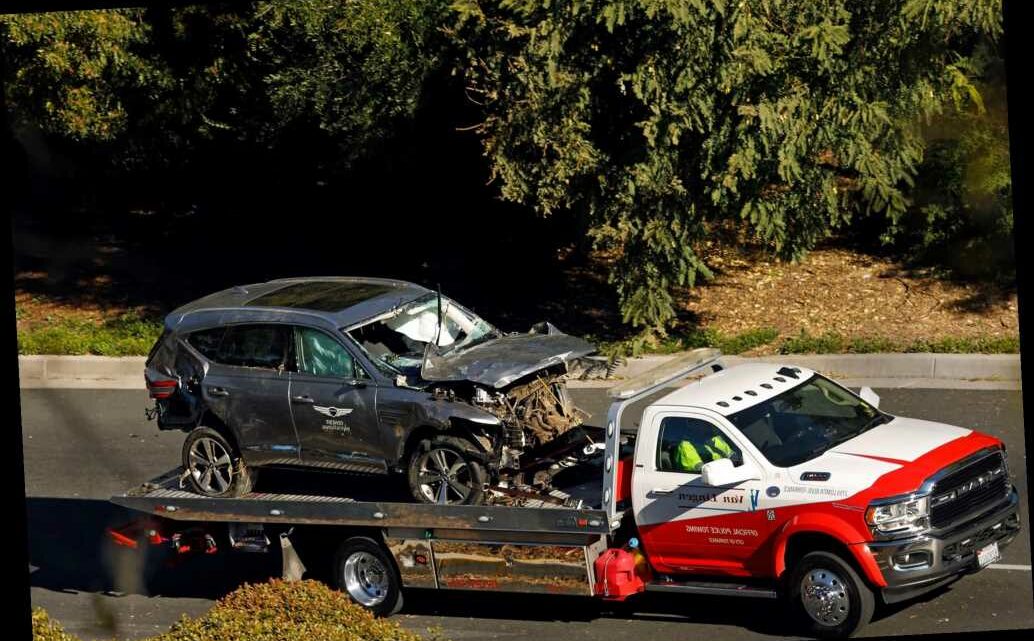 Road where Tiger Woods crashed is frequent site of accidents

Tiger Woods ‘awake, responsive and recovering’ after surgery to place rod in leg

Old rival tweets support for Tiger: ‘We are pulling for you’

Tiger Woods’ car accident has us rooting for another comeback story

The section of road where Tiger Woods crashed a luxury SUV is reportedly an accident-prone danger zone — that features a runaway ramp to help drivers who have lost control.

The 45-year-old golf legend was traveling alone in a 2021 Genesis GV80 at about 7:12 a.m. Tuesday on Hawthorne Boulevard and Blackhorse Road in Rancho Palos Verdes when he crashed and rolled over.

He is recovering after surgeons at Harbor-UCLA Medical Center placed a rod in his lower right leg and screws and pins in his foot and ankle.

The accident occurred on a curvy, steep stretch of Hawthorne Boulevard where signs warn truckers to use lower gears when traveling downhill, the LA Times reported.

Woods rolled over right at the apex of the turn for reasons that are being investigated, according to TMZ, which reported that locals say it’s very easy to pick up speed in the area even without stepping on the gas pedal.

The stretch is so dangerous that it also features a runaway ramp made of thick gravel that serves as a last-ditch safety net for drivers who need an emergency slow-down, TMZ reported.

Rolling Hills resident Donnie Nelson told the LA Times that there are one or two serious crashes every year on the road.

“Most of the time, trucks come down the hill and lose their brakes,” he said, adding that he knows of at least one person who was seriously injured by a garbage truck on the hill.

Nelson said “cars fly by you here” even though the posted speed limit is 45 mph.

Bob Fong, 67, who lives on nearby Blackhorse Road, said he noticed police cars at the intersection Tuesday morning and thought “It must have been some big celebrity that crashed.”

Laureen Swing, a 15-year resident of Rancho Palos Verdes who was walking her dog near the crash site Tuesday, said she stays on the right side of the road when she drives there “because I’m just afraid of people wanting to go fast.”

“They don’t use turn signals sometimes when they switch lanes. I’ve almost found myself getting into an accident, trying to avoid another car cutting me off on that road. It’s pretty dangerous,” Swing told the LA Times.

Residents said the grade on Hawthorne is very steep and that it’s easy to lose track of the speed.

“You don’t know how fast you can descend. I’ve been ticketed not even accelerating, just using the momentum of the hill, and I was speeding,” a 54-year Rancho Palos Verdes resident told the paper.

“If you’re not familiar with this area, it’s just really easy to go fast. I usually [avoid the Hawthorne Boulevard and Blackhorse Road intersection] because people will run the light, and I could get nailed making my left turn up here,” said the resident, who requested not to be named.

When will The Range and Dunelm open?