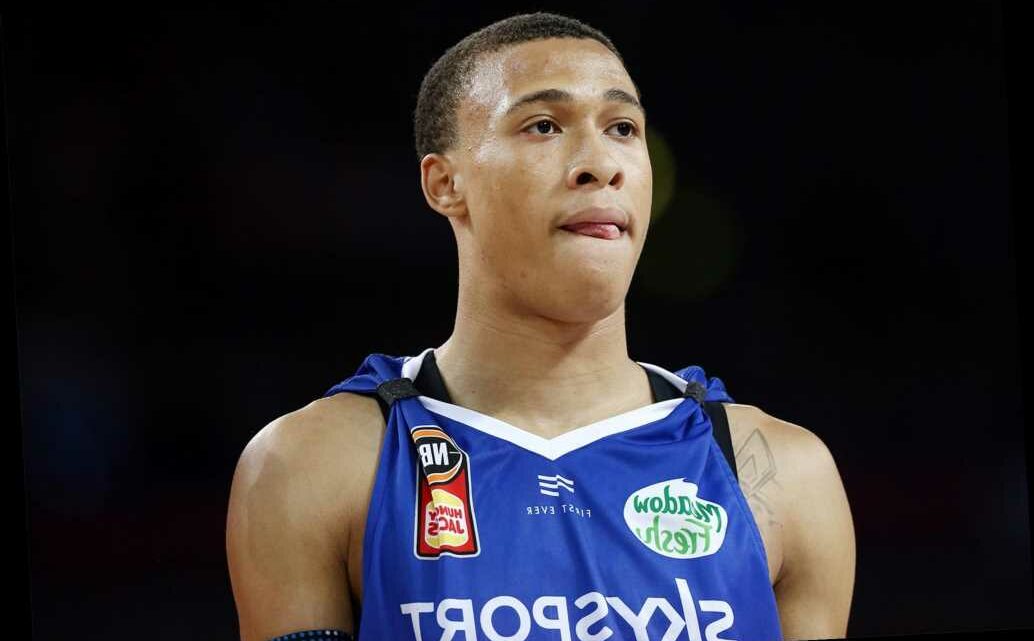 Combo guard RJ Hampton has worked out a number of times with Knicks forward Julius Randle in Dallas recently. Randle is said to be high on Hampton’s game.

The Knicks interviewed Hampton in August, after new coach Tom Thibodeau was hired. However, if Hampton winds up in New York, it would likely might be with the Nets.

According to a source, the Knicks believe picking Hampton at No. 8 is too much of a reach. But Brooklyn is extremely interested in Hampton if he falls to No. 19.

Hampton and the Nets have been linked before because of Nets GM Sean Marks’ heritage. Instead of going to college, Hampton played with the New Zealand Breakers. Marks, the former Spurs forward, hails from Auckland — the largest city in New Zealand.

Scouts view the 6-5 Hampton in the 15-to-25 range. In The Post’s latest mock draft from Brian Lewis, he has Hampton being picked at No. 18 by his hometown Mavericks, with the Nets taking SG Desmond Bane of TCU at No. 19.

Sources have indicated Hampton has impressed teams during workouts with his work ethic and form on his jump shot.

As Hampton graduated high school in 2019, he was regarded as a future high lottery pick, but his stock fell by going the New Zealand route.

Some scouts argue he was the fourth option on the Breakers and couldn’t showcase all his abilities. He averaged 8.8 points on 41-percent shooting in 20 minutes a night.

In September, Hampton said on a Zoom interview during the virtual draft combine, “I went overseas, I learned a lot, I didn’t have superior numbers, and I was kind of forgotten about. The message that I was trying to get across is, ‘I’m still that same player. I’m still that player that can get you 20-25 points, 6-7 assists, be that lead guard and a franchise changer.’ ”

While the Brooklyn training facility is now available for group workouts under the new NBA guidelines, Kevin Durant, Kyrie Irving and Caris LeVert have been doing their own group session at the Sports Academy in Thousand Oaks, Calif., formerly named Mamba Sports Academy before the estate asked for a name change. Spencer Dinwiddie has also been working out in the L.A. area. Considering the long layoffs by KD (Achilles tear) and Irving (shoulder surgery), it’s believed both would like to get the NBA started sooner than later. The NBA and union are debating between a Dec. 22 starting date and a Martin Luther King Jr. Day opener on Jan. 18. If the Nets open Dec. 22, that would have given Durant more than 18 months between games. Irving hasn’t played since early February. He’d have been off more than 10 months by that date.

According to sources, Jeff Van Gundy sent mixed vibes on his level of interest in the Rockets’ job after his interview, leading Houston in another direction in hiring Stephen Silas. Van Gundy lives in Houston and coached the Rockets before, but he may have been concerned on the fit of Russell Westbrook and James Harden. Or, he’s grown extremely comfortable as lead analyst for ABC/ESPN. The Post reported some players pulled for Rockets assistant John Lucas but ultimately would have approved VG. Lucas, meanwhile, could remain on Silas’ staff.