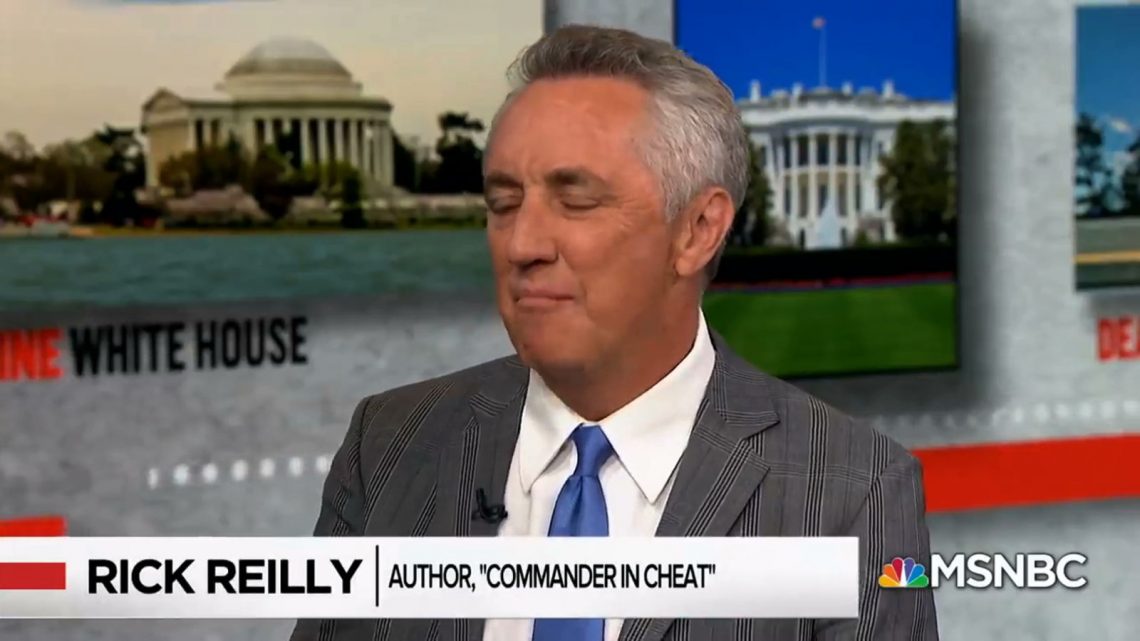 There’s nothing egregious in this Washington Post profile of Rick Reilly, but anyone who wants to find out what’s happened to the hacky-sportswriter-turned-hacky-Trump-writer needs to get past this first sentence:

Rick Reilly was between bites of a samosa during a recent dinner on H Street, pondering his career.

Thankfully, this opener doesn’t use the present tense to inject a dull scene with some artificial urgency—an overused device in profile writing—but it does lean on a different crutch: The subject is eating something. Many writers do this, because usually their interviews are conducted at a restaurant. Celebrities are rarely game for anything that’ll be fun or revealing about themselves. (Good writers can find ways to work around this.) In the preface of his writing collection Sports Guy, Charlie Pierce, or more accurately Pierce’s friend, referred to these types of profiles as “arugula stories”:

Setting the scene in stories like this is important, but if a writer chooses to include what the subject’s eating, that food should hold some meaning within the story. Did the Brussels sprouts yank a strong childhood memory out of subject? Do they have a charming anecdote about trying and failing to recreate this pub’s $18 meatloaf? Did they choke on their fava beans?

As far as I can tell, that’s not the case here. The reader, who has clicked and thus bought into an article about the whereabouts of a teeth-obsessed doofus (who was quite sloppy with his details while plugging his new book), is transported to a setting where … Rick Reilly eats a samosa and thinks about when his decline started. The biggest question this first sentence provokes is what kind of filling was in that samosa. (That is never made clear, even though the samosa is mentioned once again after Reilly defends himself selling out: “He shrugged and took another bite of samosa.”) If you’re going with the delayed lede, why not this, instead?

Rick Reilly pondered the arc of his career. He was an 11-time national sportswriter of the year during his heyday at Sports Illustrated, a celebrated longform writer and ultimately the country’s most influential, and highest-paid, columnist during a career that spanned three decades. And then?

A writer should aim to make every detail meaningful, even if that rule will be bent or broken at one point or another in the name of creative license. But there’s no payoff here. To be fair, the samosa bit doesn’t induce the biggest eyeroll in the profile—that comes courtesy of Reilly, who identifies why he thinks Donald Trump will really change voting habits for a particular demographic: “My dad was a lifelong Republican, but I don’t know if he’d vote for this guy knowing how he cheats at golf.”