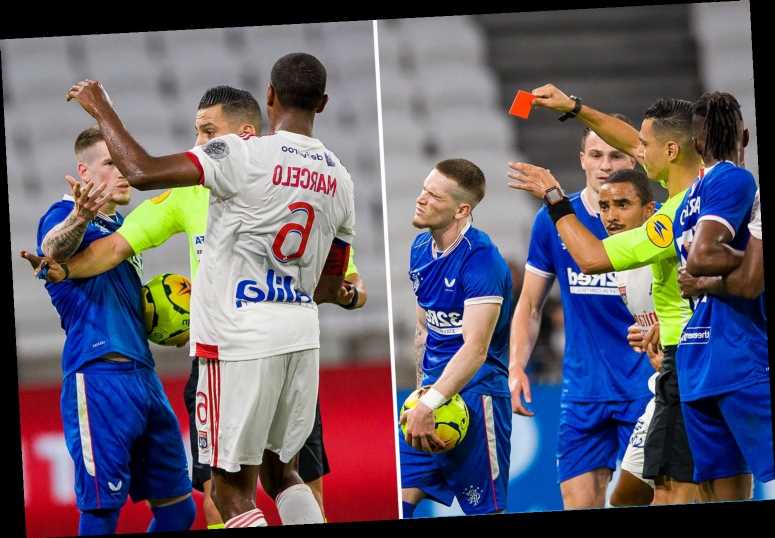 RANGERS' Veolia Trophy opener against Lyon erupted into controversy when Ryan Kent was dismissed for aiming a slap at the head of the French side's defender Marcelo.

The Scottish side were comfortable at 2-0 up with five minutes to gp before the break at the Groupama Arena in Lyon. 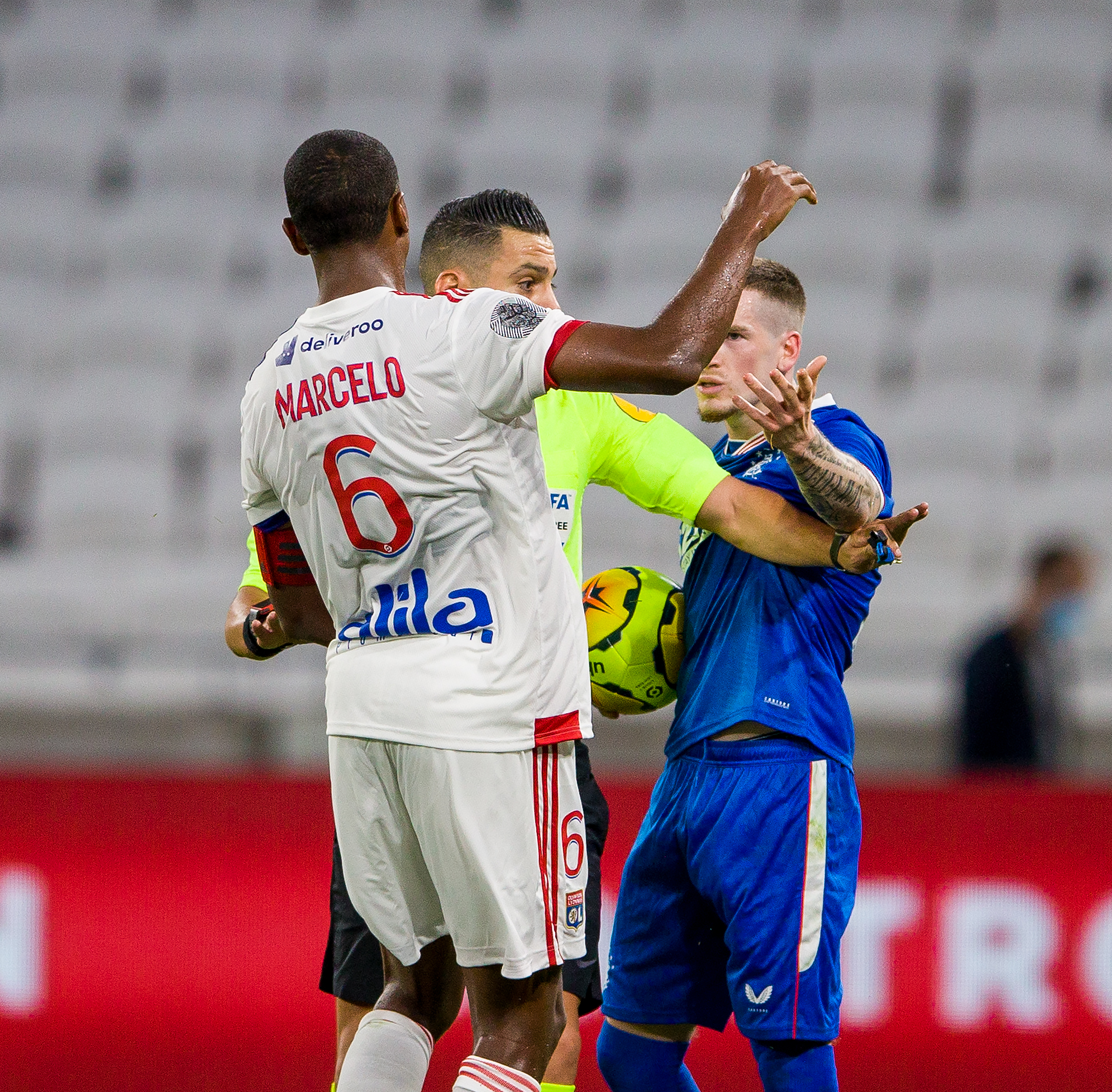 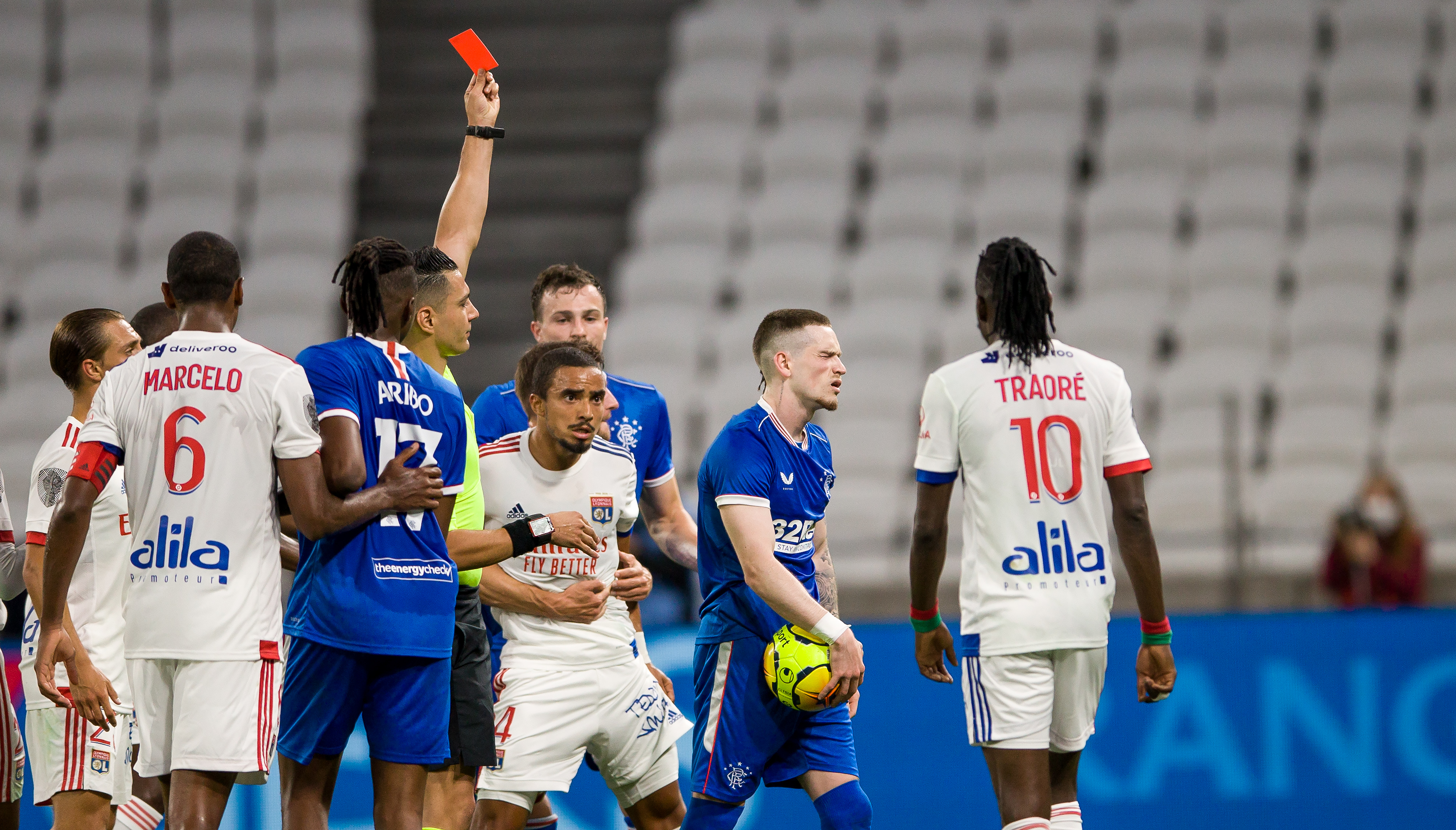 And the man who joined the club for £7million from Liverpool at the start of last season was looking the part.

His driving run had led to Rangers' first goal – claimed by Ianis Hagi but actually turned into his own net by Marcelo himself.

A few bad tackles were starting to fly in though and Kent was on the wrong end of some rough treatment when fouled by Rafael right on half way, with Marcelo joining in to grab him on the deck and give him a few taps on the head.

He was looking for a reaction from the Englishman – and he got it.

The former Liverpool man obliged by swinging his left arm to repay the favour with a slap on his head.

It was under the nose of the referee, who issued him with a straight red card.

That means that Kent will miss Saturday's encounter with Nice.

Craigan said: "Rafael goes in with the first foul then there is Marcelo with a couple of taps on the back of the head.

"I think he is a tad unlucky if I am being honest, I don't think there was any force or intent."

Rangers No2 Gary McAllister has now admitted Kent faces a two-match ban for the rush of blood to the head. 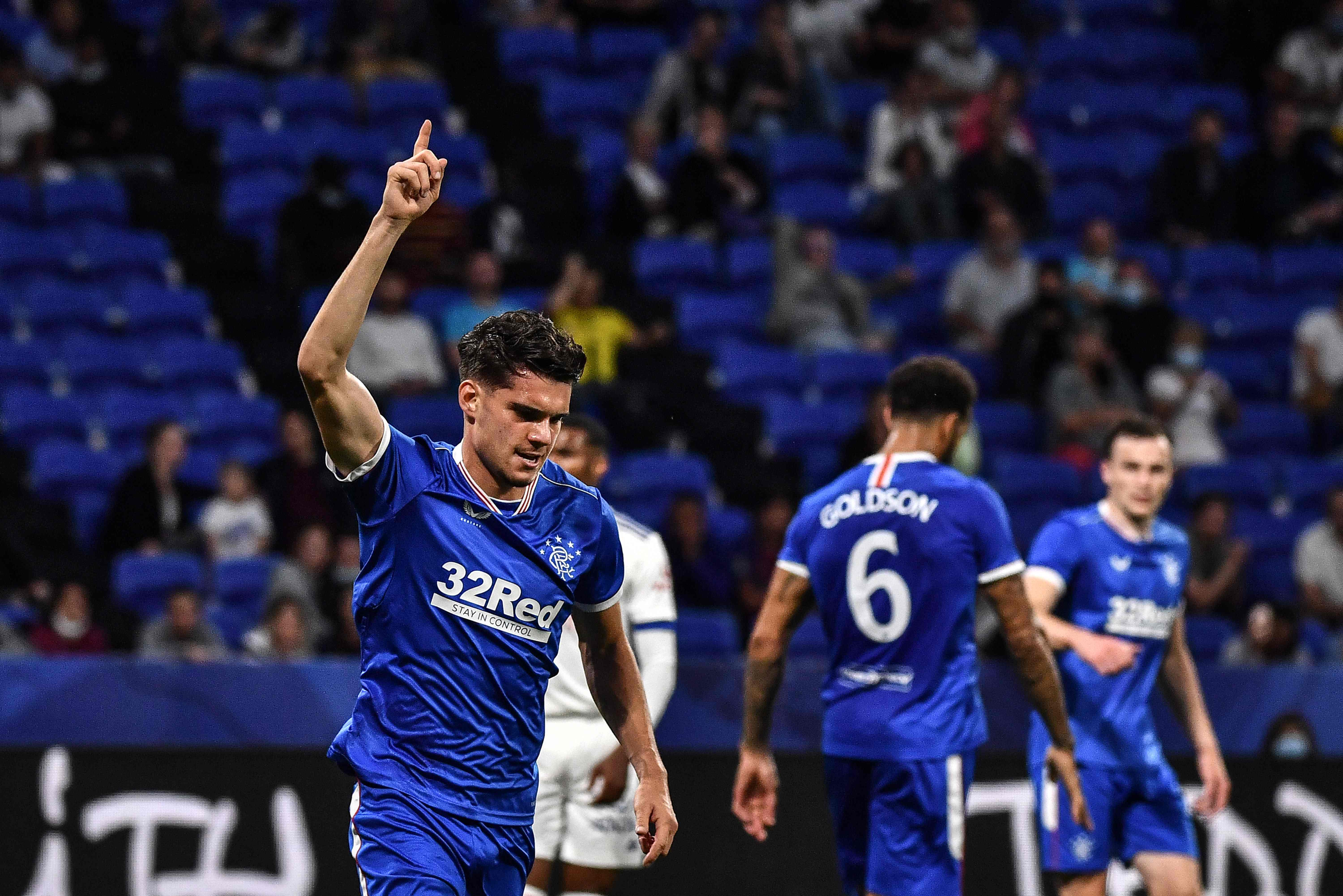 That match too was laced with controversy, after Odsonne Edouard saw an early goal wrongly disallowed by VAR within five minutes.

Nice star Kasper Dolberg opened the scoring for Patrick Vieira's side before Kilmala pounced on a late error to nab his first goal for the Parkhead side.

Both Celtic and Rangers showed solidarity with their French opponents as they took a knee before the start of both matches to show support to the Black Lives Matter campaign.

Who Plays Merlin In ‘Cursed’? Gustaf Skarsgård Has Fans Intrigued