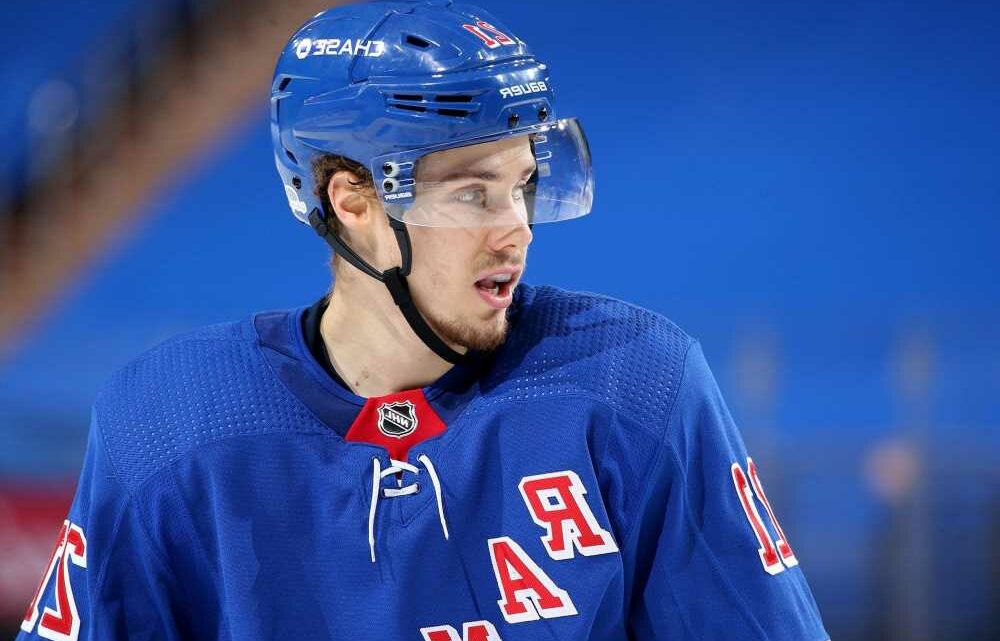 NBA star has chance to be Knicks’ Mark Messier

Another NHL star wants to be traded as crazy offseason begins

The Rangers officially kicked off their offseason Friday morning by signing restricted free agent Brett Howden, a strategic move that broadens their options for the upcoming Seattle Kraken expansion draft.

With roughly a week until the deadline for each NHL team to submit their final protection list for the expansion draft – which is set for July 21 – the Rangers signed Howden to a one-way contract worth $885,000, The Post has learned.

The move gives the organization another option to fulfill the expansion requirement of exposing two forwards who are under contract in 2021-22. Prior to signing Howden Friday, the only logical choices the Rangers had were Kevin Rooney and Colin Blackwell. The Rangers are expected to protect Mika Zibanejad, Chris Kreider, Artemi Panarin, Pavel Buchnevich, Ryan Strome and Filip Chytil.

Now, Howden is even more susceptible to being exposed, and will come with a cheap price tag that may be enticing to the Kraken.

Leaving Howden exposed would allow the Rangers to protect Blackwell, who forced his way into the top six this past season while racking up 12 goals and 10 assists in 47 games. Blackwell, a grinder who wins puck battles and gets in the dirty areas, brings many of the qualities the Rangers are hoping to increase in their lineup in order to become a playoff contender.

Howden, a first-round pick by the Lightning in 2016, has played all 178 games of his NHL career with the Rangers over the last three seasons. A penalty killer primarily in a bottom-six role, Howden is coming off an underwhelming 2020-21 season offensively, with just one goal and six assists in 42 games.

Since he was acquired by the Rangers in February 2018 as part of the deal that sent former captain Ryan McDonagh to the Lightning, Howden has accumulated 16 goals and 33 assists.

Carol Vorderman: Countdown star admits she’s ‘not sure’ husband ever proposed to her
World News