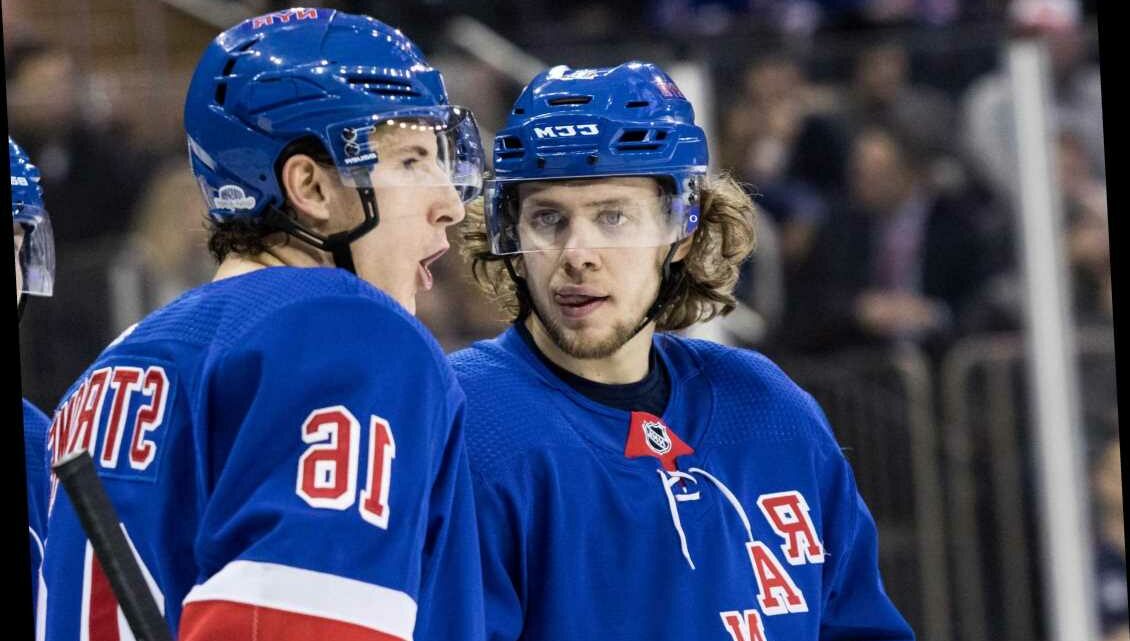 Rangers’ lineup change pays off in a big way

In wake of a political hit piece published in Russia Monday that prompted Rangers forward Artemi Panarin to step away from the team, the Blueshirts as an organization are fiercely supporting their star player.

The Post’s Larry Brooks first reported that Panarin, the Rangers’ top scorer, would be taking a leave of absence from hockey after his former Vityaz head coach Andrei Nazarov told a Russian media outlet that the ex-forward of the Moscow Region club assaulted an 18-year-old girl in Riga, Latvia after a road game in 2011.

Nazarov, a known supporter of Russian leader Vladimir Putin, has repeatedly and publicly criticized Panarin for his outspoken beliefs regarding Putin’s regime.

“Artemi vehemently and unequivocally denies any and all allegations in this fabricated story,” the Rangers said in a statement.

Ryan Strome, who has frequently played on the same line as Panarin since he signed with the Rangers in July 2019, said it was a hectic and emotional morning at the team’s practice facility in Tarrytown, N.Y. He said the team was still processing the situation, while adding that they all intend to support Panarin in any way they can.

“We see him behind closed doors every day and the personality and the way he carries himself and his character and his attitude,” Strome said Monday. “He’s just an all-around unbelievable person. I think for us, just give him this time, give him the space and whatever happens, whatever the timeline may be, we’ll welcome him back with more than open arms.”

Head coach David Quinn pointed to the Rangers’ statement – which called the Russian article a clear “intimidation tactic” that has “shaken” Panarin – when questioned about the situation. He did say the team spoke Monday morning about Panarin stepping away for an undetermined period of time before going out and having a “great practice.”

“It goes way beyond hockey,” said Quinn, who added that he was proud of the way his players handled the difficult circumstance. “We’re here to support him. We’re here as a team and these guys care of each other on and off the ice.”

The 29-year-old Korkino, Russia native has publicly opposed Putin in the last few years and as recently as last month. Panarin declared his support for Russian opposition leader Alexei Navalny – a high-profile critic of Putin’s – on Instagram last month ahead of planned protests in his homeland.

It’s likely that Panarin is concerned for the safety and wellbeing of his family that still resides in Russia.

“Before these guys are professional athletes, they’re human beings,” Quinn said. “Just because they play a professional sport, doesn’t mean they’re immune to life’s problems and life’s difficulties. I think sometimes people lose sight of that.”

During Kaapo Kakko’s first brief stint on the COVID-19 Protocol list, which was due to a false positive, Quinn was quick to say he expected the 2019 second-overall pick to return to the lineup soon.

Asked about Kakko’s current status Monday, the third-year coach didn’t seem to have any timeline for the 20-year-old winger’s return from his current designation to the COVID-19 Protocol list.

“He’s doing fine,” he said. “I wish I could give you a better answer, but I’m not sure when he’s going to be able to come back.”

Horoscope today, Sunday February 21: Daily guide to what your star sign has in store for your zodiac dates

Ant and Dec net worth: How much money do the famous TV duo have each?
World News