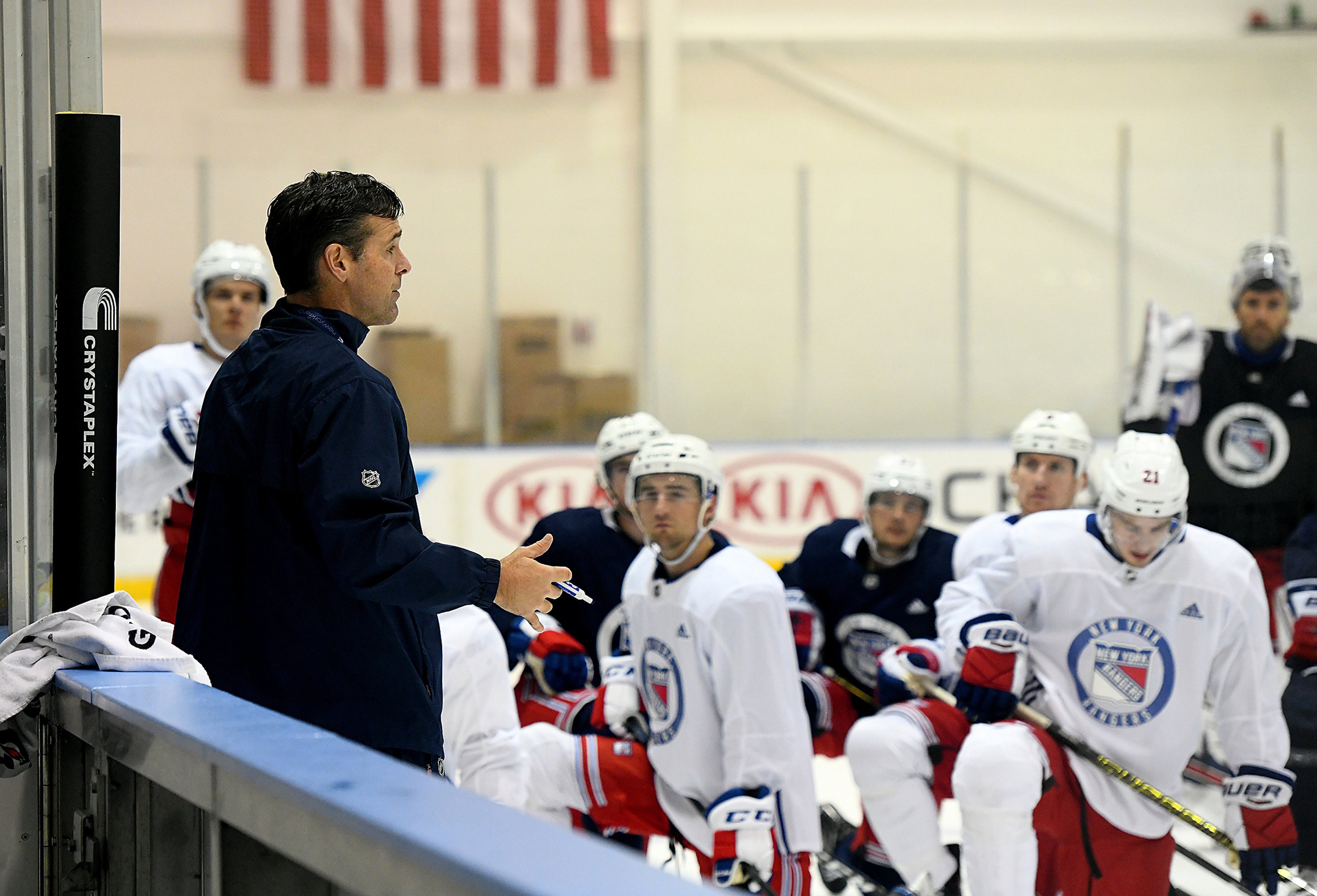 Rangers’ layoff plans show how much things have changed

Regarding the Rangers, who will receive a reminder this week of the organization’s ongoing culture change.

1. Not only five days between games, but five days without a game leading into a swing through Florida that will feature matches in Sunrise on Saturday and in Tampa on Monday.

In the good old days — all the way back to, say, 2017-18 — the Rangers likely would have embarked for the sun and surf no later than Wednesday. Probably would have been a couple of practices. But there’d have been beach time, too. No question.

Now, Rye Beach at the other end of 287 is about as close as they’ll come this week. For the Rangers will be treated to a four-day David Quinn boot camp at the club’s very own training facility in beauteous Tarrytown, with practices running Tuesday through Friday before the flight south.

And no, this is not a reaction to the run of slovenly creations through which the Blueshirts have stumbled in going 1-4-1 starting with that Nov. 23 shutout defeat in Philadelphia. The itinerary has been set for weeks. These days, R&R means Repeat & Repeat (Again Until It’s Right).

“We want to practice,” Chris Kreider said before this past lost weekend. “It’s going to be good for us to get the reps. We need it.”

It is not punishment. It is business the way the Rangers now conduct it.

2. Here, though, is an example of punishment relating to a change in a warm-weather trip’s itinerary. During a disappointing 1988-89 season that ate away at general manager Lou Lamoriello, the Devils started a five-game trip with a Jan. 28 game in Minnesota that preceded a Feb. 2 match in LA before the trek would continue to Edmonton, Detroit and Montreal.

The Devils — I was their vice president of communications at the time — played dreadfully against the North Stars even while emerging with a 4-4 tie that left the team 18-25-9. The flight to LA was scheduled for late morning the following day.

Except the phone in my hotel room rang somewhere around 6 a.m. Uh oh. It was Lamoriello. “Be in the lobby at 7. We’re going home.”

And so, the Devils flew home to New Jersey, and then schlepped back out to LA the day before the game against the Kings. P.S.: The Devils went 2-1-1 on the remainder of the trip.

3. The Rangers do not appear to be the highest hockey-IQ team in the land. For instance, it was dumb and dumber — the plays, not the players — when Brady Skjei stopped to argue a delayed penalty call in the middle of a Montreal rush Saturday and thus allowed the Habs to score the 2-0 goal late in the first period a night before Brendan Smith took a blatantly senseless cross-checking penalty early in the third period that proved an accelerant to the Jets’ rally from 3-0 down.

4. There is no bigger job for Quinn and his coaching staff than rehabilitating Skjei, whose career is somehow on the skids at age 24, two years after his impressive NHL all-rookie season. In addition to his skating ability, Skjei’s confident swagger was paramount among his attributes. That, understandably, has disappeared under an avalanche of mistakes.

The 2016-17 season was not a mirage. Skjei is too talented and too committed to be a lost cause. But it is going to take work and it is going to take patience. The conversations may be unpleasant, but scratching guys is the easy part of the coach’s gig. The hard part is reaching the point where scratches are no longer necessary.

5. The Rangers also need to get healthy. No excuse, but the absence of top-nine wingers Mats Zuccarello (groin), Vladislav Namestnikov (concussion) and Pavel Buchnevich (broken thumb) has illuminated the organization’s faulty depth up-front.

Monday’s demotions of Matt Beleskey and Vinni Lettieri to the AHL Wolf Pack imply that Zuccarello (who has missed five straight and 11 of the last 13) and Namestnikov (out for the last three games) will be able to practice this week and should be able to go on the trip.

Yes, it is inevitable that Zuccarello, a pending free agent, will be traded. That doesn’t pass for news. But general manager Jeff Gorton appears in no hurry to jump the market.

6. I’m not so sure there’s a spot for Adam McQuaid when he’s able to make it back from the core injury that has sidelined him since Oct. 28, but it behooves Quinn to create one in order to give No. 54 a run of games that might serve as a showcase for the pending free-agent defenseman.

7. Beleskey a recall ahead of Cristoval Nieves? Not great, Bob, er, Boo.