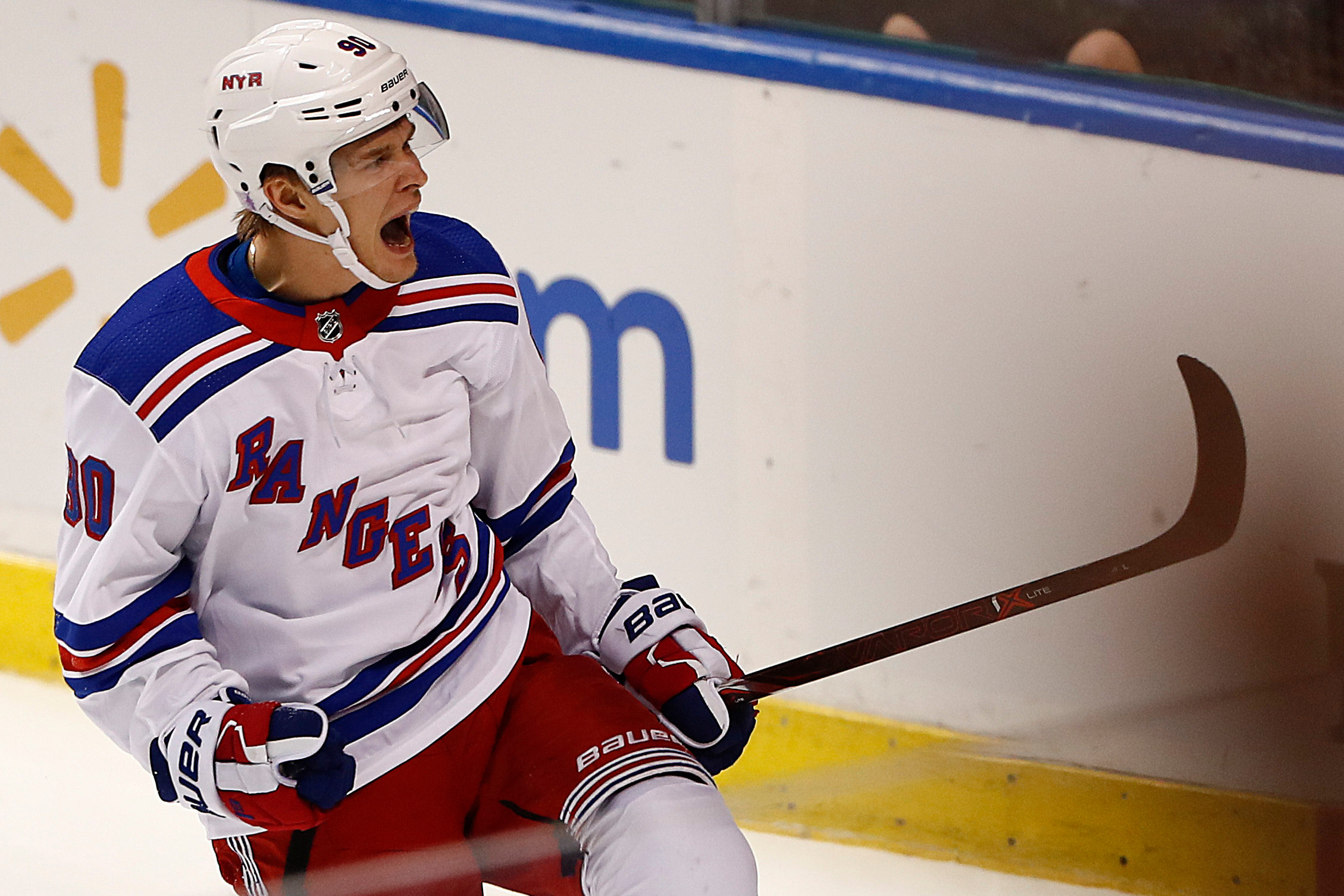 Rangers go all the way to shootout to put away Panthers

SUNRISE, Fla. — The Rangers have become so accustomed to getting superior work from Henrik Lundqvist that it is a shock to the system when the goaltender has even an ordinary night.

This was the case through 60 minutes Saturday, when Lundqvist allowed two questionable second-period goals as the Rangers, flawed themselves, could not maintain control of a match they had pretty well owned through the first 20 minutes while building a 2-0 lead.

For 2-0 became 2-2 then 3-2 on Matt Beleskey’s first NHL goal since March 15, 2017 (as a Bruin) became 3-3 by the end of the second, marking the second straight time, fourth time in the past seven games and the sixth over the past 13 the Blueshirts had allowed three goals or more in a period.

“We seem to be a little fragile mentally,” coach David Quinn said. “We take a bad penalty early, they score on the power play, and you could sense it on the bench. You can’t hang your heads.”

And now, this is when Lundqvist — using new pads for the first time — would put his stamp on the game by making outstanding stops from point blank range on Evgenii Dadonov and Mike Matheson after poking the puck away from an in-alone Jonathan Huberdeau.

That would set the stage for the shootout in which Mika Zibanejad, Kevin Shattenkirk and Kevin Hayes all scored for a 5-4 victory and sent the Blueshirts Tampa-bound for Monday’s match against the powerful Lightning in a fairly decent frame of mind.

“Going into overtime, we needed that extra point no matter what,” said Lundqvist, whose softy through the new pads by Huberdeau that tied it 2-2 represented the weakest goal of the season that he has surrendered. “In overtime you have to expect anything. It was nice to make a couple of saves.”

A defeat would have been a body blow to the Blueshirts, who had five days off since their shootout defeat at home to the Jets last Sunday that left the team with five losses (1-4-1) in the past six games. A strong first period followed three hard-work practices, but then came the following 40 in regulation in which the Blueshirts essentially chased the Panthers with little more than a pair of isolated goals to show for it.

There was no forecheck, no puck possession below the hash marks, no momentum generated. Hence, a rather easy final two periods for Roberto Luongo during which the Blueshirts had 10 even-strength shots.

“I didn’t like the way we backed off,” said the coach. “We have to stay on top of people. And then they had four power plays to our one, and that can really skew a game, too.

“We had a good week of practice and built on it with the first period, but couldn’t sustain it.”

Still, though, it did seem as if the Rangers were starting fresh rather than dragging baggage from a horrid road record (3-8-2 including four straight regulation defeats) with them on this jaunt.

“It was only five days, but it felt like a month,” said Marc Staal, sturdy in front. “I thought we needed the break mentally more than anything.”

The Blueshirts moved Hayes to right wing for the first time this season to construct a power first line with Zibanejad in the middle and Chris Kreider on the left. The unit — and Hayes, especially — was outstanding in the opening period, No. 13 winning puck battles to set up Zibanejad for the first one and then Vladislav Namestnikov shorthanded for the second.

But not only did the line’s play dip in concert with the rest of the club over the final 40:00 of regulation, the rest of the rotation was weakened by uniting the team’s three best forwards. Quinn said he was undecided about keeping the alignment intact as the Rangers go forward.

But forward — or northwest — they go to Tampa Bay, 5-1 in shootouts and with the wind of a victory at their collective backs.