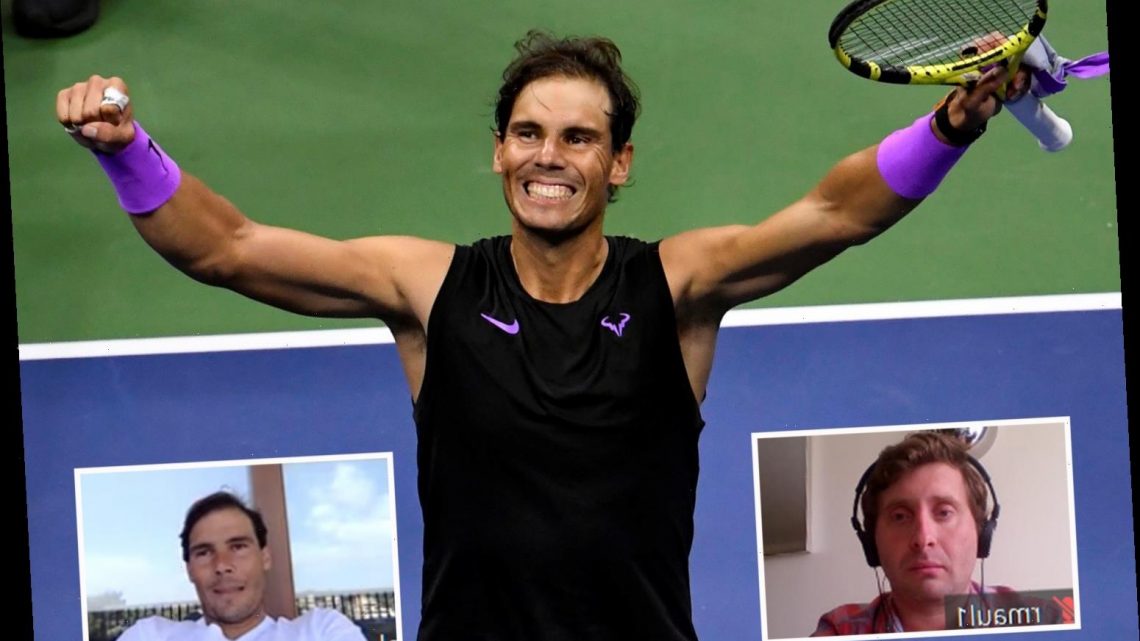 RAFA NADAL admits he will only defend his US and French Open titles if it is safe to travel abroad.

And the Spanish tennis star –winner of 19 Grand Slam titles – believes the sport should only return once Covid-19 has been wiped out globally. 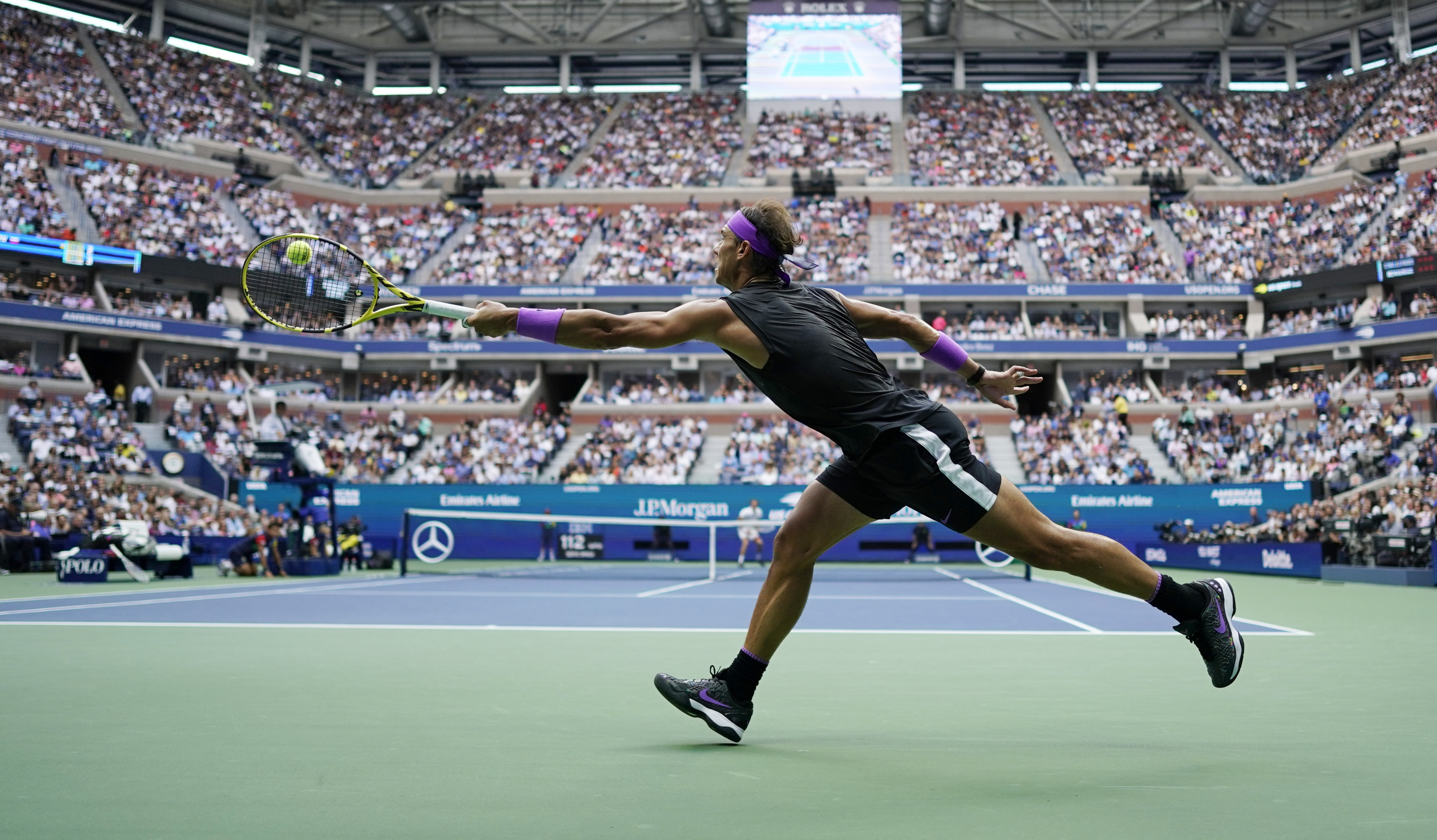 In a wide-ranging Zoom chat with international media, Nadal was in relaxed and chatty mood but also anxious about the future.

In August, he will be expected to board a flight to the Big Apple to take part in the Flushing Meadows event.

And then a week after that final all the players, officials and media must travel to Paris for the rescheduled clay-court Slam.

Honestly if you asked me today if I want to travel to New York to play a tennis tournament, I’ll say: ‘No, I will not.’

“Honestly if you asked me today if I want to travel to New York to play a tennis tournament, I’ll say: ‘No, I will not.’

“In a couple of months I don’t know how the situation will improve.

“Hopefully it’ll improve the right way. I’m sure the people who organise the event, the USTA, want a safe event.

“Same like the French Federation. They want to celebrate the tournament if everybody is safe enough.

“I’m confident they’ll make the right decisions in the right moment to be sure that if the tournament is played it’s going to be under extremely safe circumstances.

“If not, it doesn’t make sense. We need to be responsible and send a clear message to society.

“Organising events of 6-8-10 people is much easier.

“But organising events that are going to be more than 600-700 people, it’s a big thing. 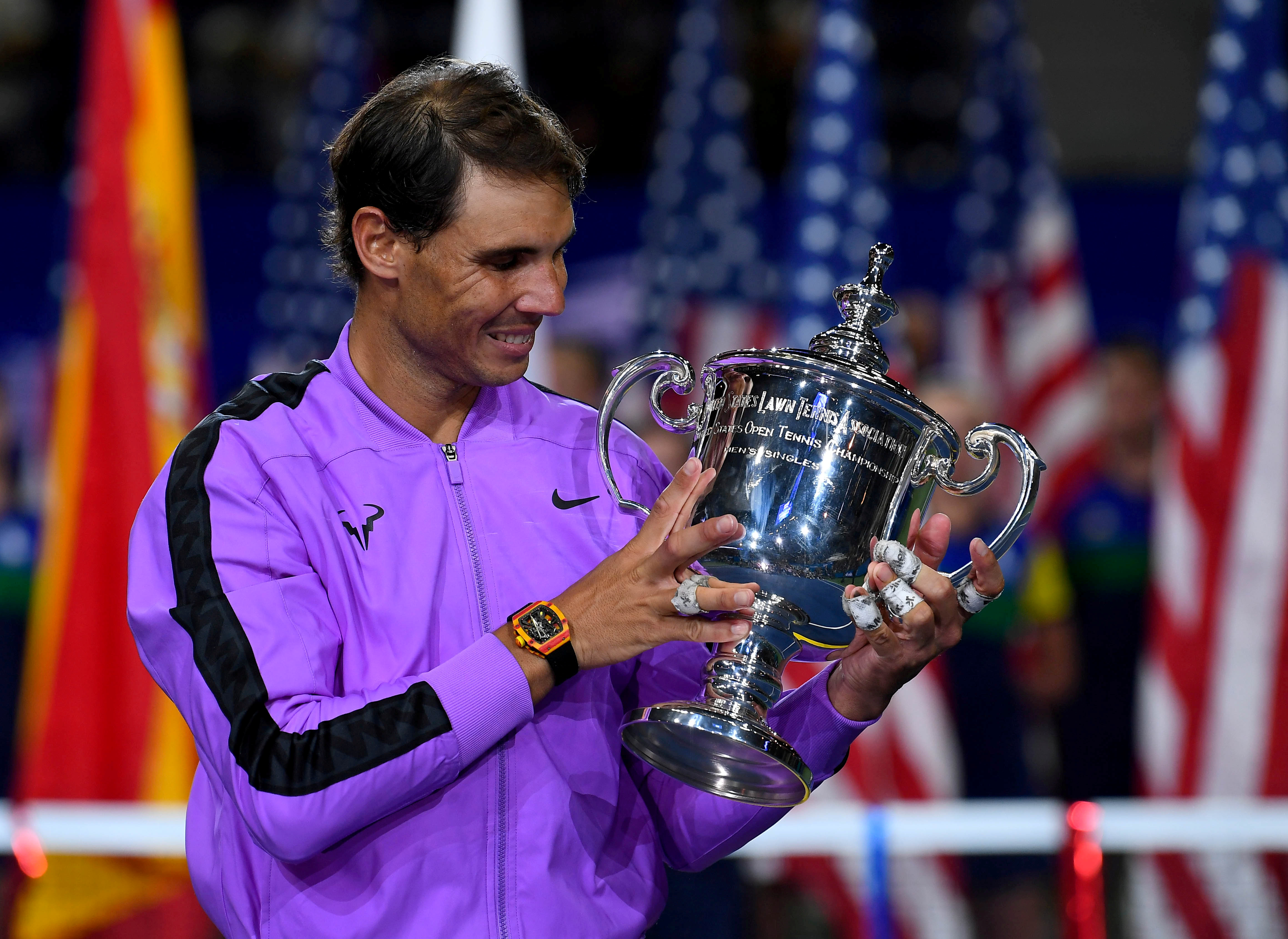 “Today we need to make sure and think about health and safety.”

The World No.2 reckons it is unfair if others cannot play in tournaments because their countries have a high spike of coronavirus deaths and infection rates.

He said: “I can’t predict the future.

“When I said I don’t see tennis during the whole season it’s because we’ve been in unbelievable, terrible circumstances with lots of people suffering every single day.

“Lots of human losses per day. My mind wasn’t able to think about tennis.

“I was thinking about the health of the people and the worldwide pandemic we’re suffering.

“If we aren’t able to organise tournaments safe and fair enough – and when I talk fair enough, every player from every part of the world needs to have the chance to play the tournament. If not, then we can’t play tennis.

“The key is, of course, to find medicine to be sure that we can travel. 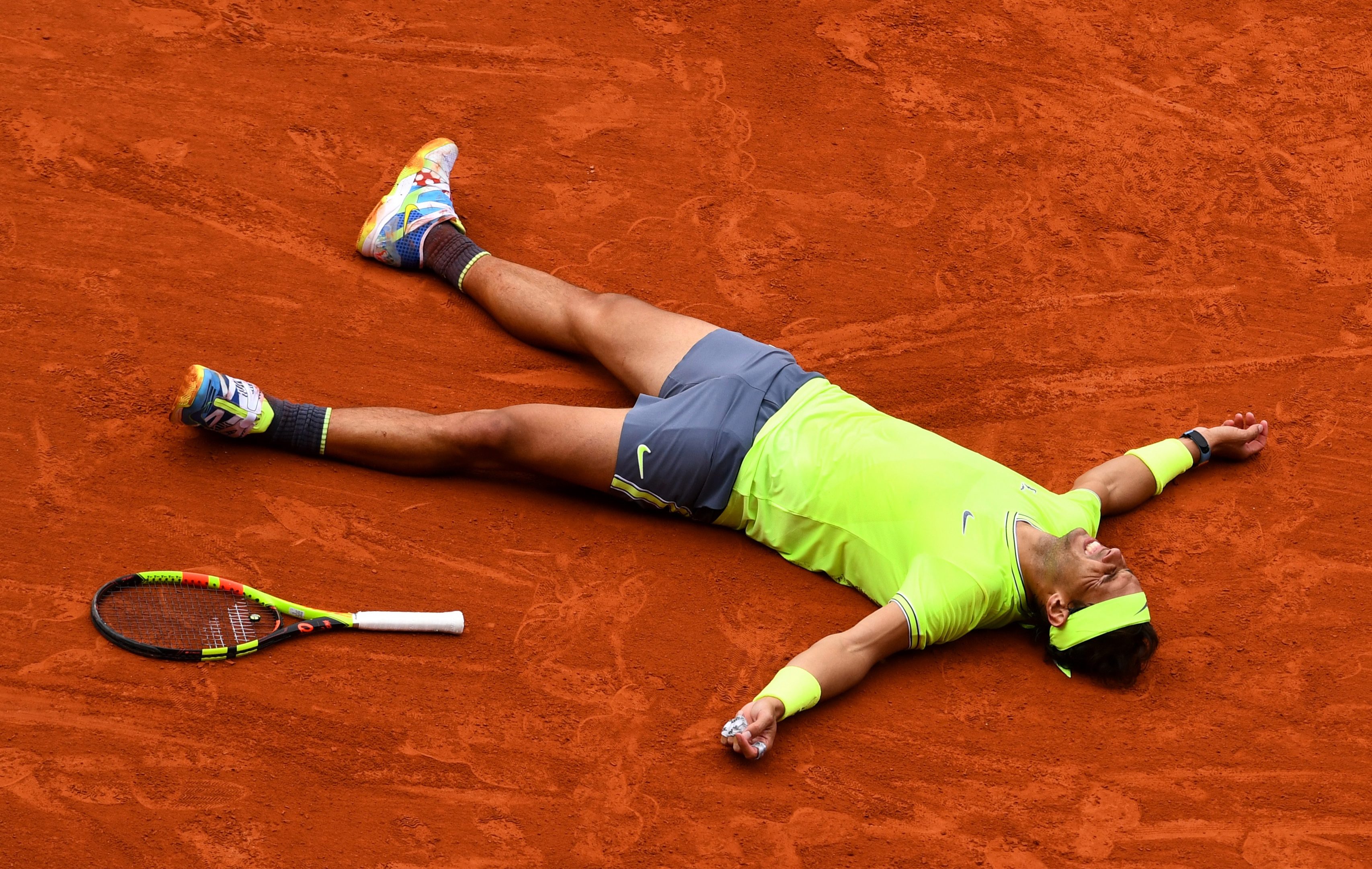 “We can compete and play tennis without being scared about having the virus and bringing it back home.

“Information isn’t 100 per cent clear yet so my feeling is we need to wait a little bit more.

“We’re in a worldwide sport. It’s not like football or tournaments that can be played in one country.

“When you mix people from every single part of the world, the complications are completely different. I’m a little bit worried about that.”

Millions of people have been shocked by the death of unarmed black man George Floyd while being restrained by US police officers in Minneapolis.

Yet he says there is no place for violent protests, adding: “All the normal people who want a peaceful and good world, we’re against racism and poverty.

“When you see all these disasters on the streets, my feeling is: ‘That’s not the way to protest.’

“Everything takes time. All the improvements in the human story take time but we’re getting there in all ways – where everybody is the same, has the same opportunities, the same rights in terms of being protected.

“We’ve to keep working hard to make this world a better place. 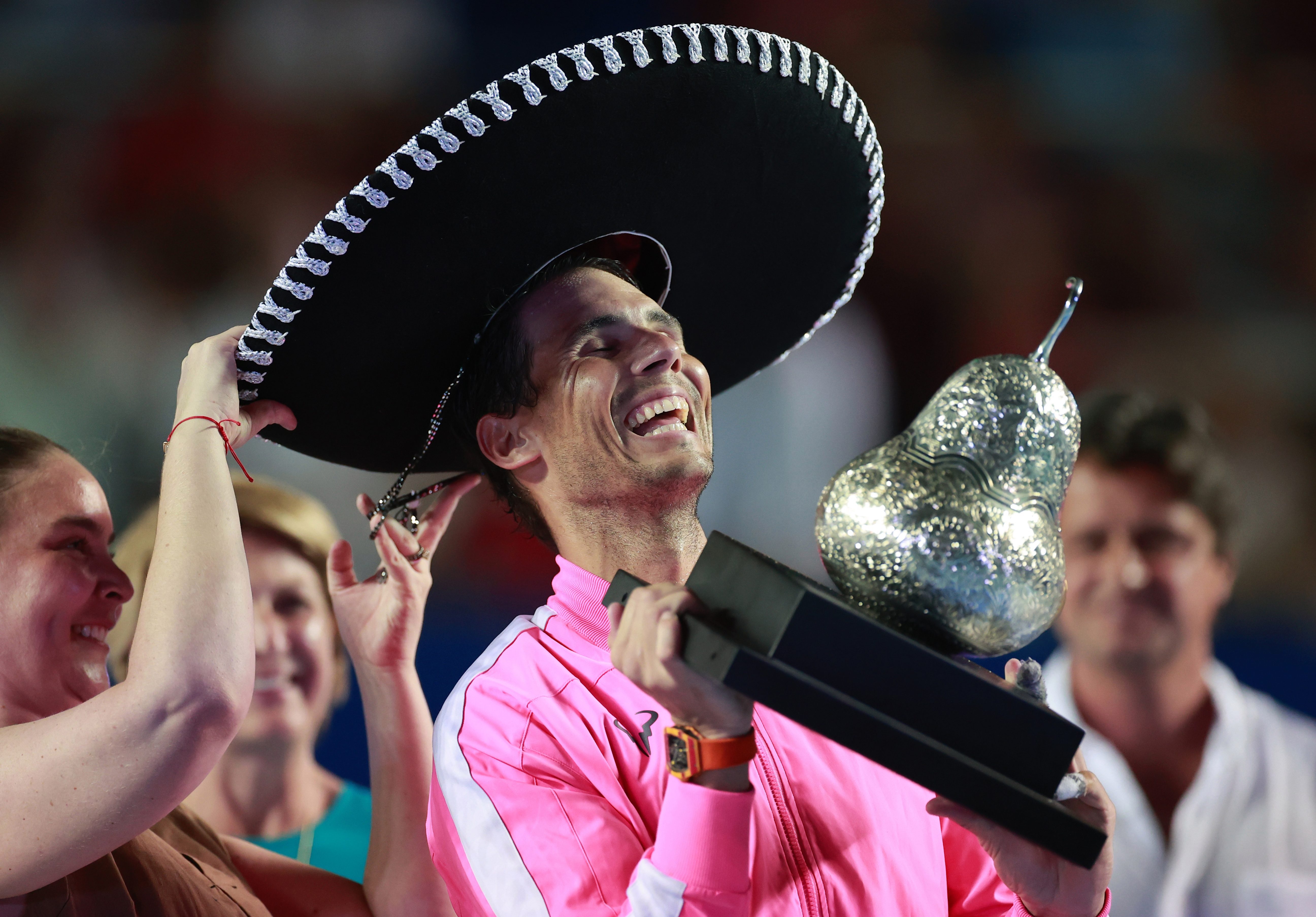 “Violence and pandemics like this today create a difficult climate and atmosphere for the world.

“It’s important to stay calm, to respect everyone, to live together in peace.