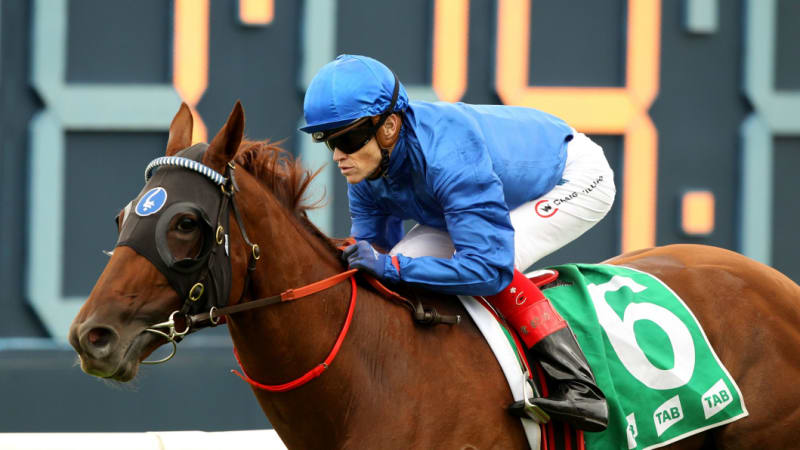 I have this down as a race in two and leaning to 3. Knowitall Jack on the back of a couple of pretty handy trials. He split Re Edit and Ikara Miss at Canterbury, both of which have won races since, then held together running third at Randwick over 1050m. Drawn ideally and it’d be a surprise if he’s not in the finish on what he’s shown to date. 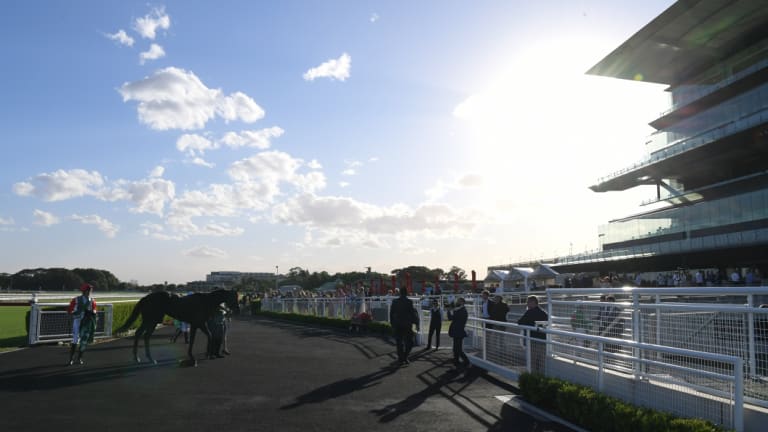 Silly season: Randwick races for the last time before Christmas with a seven-event card on the Kensington track.Credit:AAP

Dangers: That said, 1. A Million Dreams appears a huge danger on the back-up after running a handy third at Canterbury last Friday night. He kept coming on the heavy track and he’ll be better suited in firmer going here. Ready to win a race and for me it just depends on Knowitall Jack’s ability. 5. Molly Malone led on debut and held on OK to run second to Semper Fidelis back in August, that horse has since put it all together. She’s been ridden differently in her trials to find the line and she looks the other winning chance if she lines up in this race. 7. Skyann trialled very well leading into her debut at Canterbury a few weeks ago where she started favourite but failed to beat one home. She has to be better than that and she did pull up 2/5 lame there so improvement can be expected.
How to play it: Knowitall Jack win, quinella 1 and 3.

2. Maid Marilyn has the right form around her and has found a race where she looks to get complete control again in front. Chased home Spanish Dream first-up then bumped into an in-form mare at Goulburn. Too good at Newcastle last time leading all the way and if the race pans out as it appears it she’ll take some catching.
Dangers: 5. Stock Up ran a blinder at Rosehill two starts ago and consequently started $1.45 at Gosford last start where she looked to have every chance but was run down. Blinkers go on here and she’ll likely stalk the leader. Logical danger but was very costly last time. 4. Toryjoy was safely held by Stock Up when resuming at Newcastle then an even effort over this course behind Nai’a a month ago. Similar sort of contest here and she can be in the finish somewhere again. 6. Tycoon Street absolutely trotted home at Tuncurry in obviously a much weaker race but she’s the one on the up, drops 3.5kg and it wouldn’t surprise to see her measure up.
How to play it: Maid Marilyn win, trifecta 2/4,5,6/4,5,6.

Very good race and one that should produce a few nice horses. 1. Darkhawk definitely looks a horse with a future and he did a bit wrong on debut but picked himself up and was strong late running fourth at 1100m at Canterbury. Goes to 1400m which looks to suit him, just needs that luck in running from the wide gate and he should be hard to hold out.
Dangers: 5. Nobu will be winning a race this preparation though staying at 1400m is a bit of a query for this race. Still, I have to include him as a big chance on his slashing first-up fourth at Warwick Farm. He’ll be hitting the line strongly again. 12. Word For Word ran third in the same race as Nobu in what was her debut and she did a good job sticking on up on the pace though had her chance in the run home. Drawn ideally here and with natural improvement is a big chance. 9. Natanya is another horse with a win in her very soon and she ran right up to her excellent effort second-up with another closing placing at Warwick Farm in what looks a solid race. Whether she wants a bit further now remains to be seen but she’s in the mix.
How to play it: Darkhawk to win.

Another strong looking maiden here. 2. Dreaming For More has impressed in her trials lately. She followed a narrow Canterbury win with a very nice second at Randwick behind a subsequent winner which was under much harder riding to win the trial. Drawn perfectly to be on the pace and she’s a very good chance.
Dangers: 9. Unify chased home The Art Of The Bar at her latest appearance on Melbourne Cup day. Freshened up since then and was going easily in running third in her December 11 trial. Go well. 3. Foxpack trialled very well earlier in the year then rested before resurfacing with a nice trial win, same heat as Unify. Expect from the inside alley she’ll be handy to the speed if not leading and has to be kept very safe. 7. Eveleigh attacked the line quite well first-up at Gosford backing up some good trial efforts of her own. Likely improver from that and consider her as an each-way hope.
How to play it: Dreaming For More each-way.

6. See The Master is ready to win a race for mine and I think he will appreciate getting onto a bigger track than Canterbury where he’s been close up in all three starts this prep. Beaten 1.4 lengths last Friday night, he had support there, and the back up and rise to 1800m is says he’s bursting to win a race. In a very winnable one he is entitled to go close.
Dangers: 7. Saint Katarina appeared to have her chance at Warwick Farm last start but she’s worth another look here back in distance from the 2200m. She looked strong winning at Newcastle at 1850m so no surprise to see her bounce back. 5. Nacho Libre is one of those honest performers and he has a case in this event. Not disgraced in a couple of midweek city races before a tough second under 61kg at Kembla on a soft 7. Better track suits here and he’s an each-way chance. 1. Kilmacurragh failed badly first-up at Rosehill but it’s probably worth forgiving since he was forced to chase the tearaway leader (and winner) before going backwards late. Different scenario here and if there is a bit of support for him expect a form turnaround.
How to play it: See The Master to win, trifecta 6/1,5,7/1,5,7.

4. Sikhing Glory has been excellent in two runs back from a spell and looks to get a nice trail behind the leader which will give him every chance to break through. A placing to Bon Amis at this sort of trip reads well for a race like this and he wasn’t disgraced on heavy ground at the Farm, finishing ahead of Deprive which won last Saturday. He’ll run well and a good winning hope.
Dangers: 12. Tell Me is the logical horse to beat and likely leader. Two starts back she was untroubled in leading all the way at Canterbury but had a much bigger fight as she scrambled home three weeks ago. With the 6kg advantage over Sikhing Glory it gives her the opportunity to handle the class rise. 1. Handfast attacked the line with gusto first-up running third at Canterbury in an on-pace dominated race and he will be fitter. Wide gate and big weight make it a test but he’s honest and should run well again. 11. Bull Market hasn’t raced since September and while he didn’t win last time in he ran well on each occasion. Narrowly beaten first-up in August and while he will get back he should be running on.
How to play it: Sikhing Glory each-way, quinella 4 and 12.

8. Toroso is the up-and-comer of the race and the form around him looks good after Fuchu’s win at Wyong during the week. He made his run with that horse and went down narrowly first-up from a spell. He might be wanting a shade more than 1400m but gets barrier one, he beat Stock Up second-up last time in and is sure to measure up.
Dangers: 7. Thy Kingdom Come was probably ridden too close second-up then no luck at all at a crucial stage behind Poetic Charmer at the Farm. Not sure where he would have finished but certainly much closer than 5.5 lengths. Had good support there too and due for a change of luck so definite chance. 4. Groundbreak was a huge flop first-up a month ago on this track, he was a well supported favourite and didn’t do a whole lot. Stewards’ report was interesting with the training suggesting he’s better when racing outside horses so look for a tactics change. Keep in mind. 11. Pianissimo is one of those horses that bobs up now and then and he’s been close up behind the placegetters at his last couple at Canterbury. Each-way hopes.
How to play it: Toroso each-way.