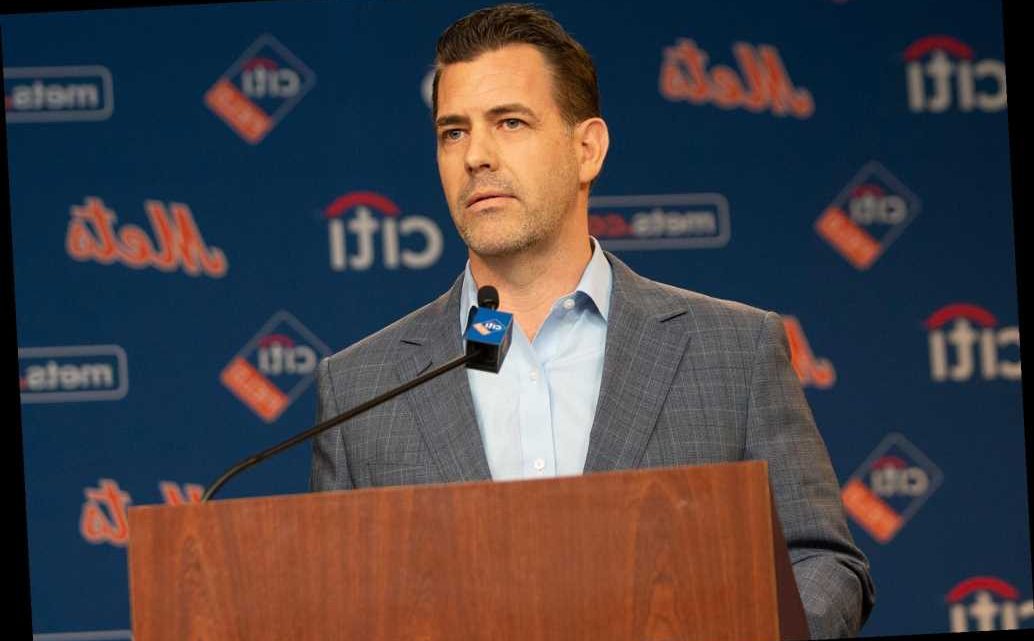 During a conference call that was supposed to explain why he and the owners of the Mets decided to fire a manager, the most eloquent and compelling testimony he offered instead was why, for the sake of the franchise, Steve Cohen has to arrive as soon as possible to eradicate the Mets of the reckless likes of the sitting general manager.

It was hard for a lot of us on the conference call to believe what Van Wagenen — and, to a lesser degree, Jeff Wilpon — were telling us, which is why several of us kept asking the question in various ways. Because early on, Van Wagenen seemed to hint that the first time he and the Mets’ politburo had asked Carlos Beltran for details about his involvement in the Houston fiasco was earlier this week.

And … well, that couldn’t be right. Right?

As early as the GM meetings in November, which was when the first real smoke around the Astros’ sign-stealing story began to surface, not long after Beltran was hired by the Mets, he was peppered by reporters’ questions about his 2017 season in Houston. And there had been rumors swirling about the Astros for years.

The Mets — specifically Van Wagenen — had taken great care to talk about just how exhaustive and comprehensive their interviewing process had been. Round after round, layer after layer. We were assured that whoever emerged from the reality-show rigors of this process would be vetted to within an inch of his life.

Surely the Astros question came up in passing, right?

And yet time after time Thursday afternoon, Van Wagenen insisted they hadn’t talked about this at all. This left only two possibilities.

One: He was lying, which, given that one of the reasons Beltran found himself in scalding hot water was for the very same thing, seemed fairly preposterous. This wasn’t exactly a call teeming with forthcoming facts, so it would’ve been just as useful for Van Wagenen to say he wasn’t comfortable getting into details, leaving it at that. But that’s only if he’d actually asked about Houston.

He repeated he didn’t ask about Houston.

And that means that for all the questionable baseball moves Van Wagenen made as a rookie GM, many of which he was rightly roasted for, those were all appetizers on the way to seeing just how ill-equipped he really is for this job. Basically, this was his strategy: If I close my eyes and wish it all away, it’ll all go away.

A Twitter follower named @Robderbs made a terrific comparison Thursday afternoon. In the key moment of “All the President’s Men,” Woodward and Bernstein refer to damning grand jury testimony given by Hugh Sloan, a treasurer for the president’s reelection committee. Sloan later insists publicly that he never gave that testimony and the reporters’ story is about to fall apart until he tells them:

He wanted to answer the questions about his boss, H.R. Haldeman. But nobody ever asked him about Haldeman.

That, in essence, was what happened here. When Van Wagenen himself was addressing Beltran and the Astros scandal at the GM meetings, he insisted, “I have no idea if anything did or did not [happen], but at this point I don’t see any reason why this is a Mets situation.” It was Van Wagenen’s job to understand that this was only true for as long as there was no way Beltran wound up making it an issue. All along, we figured Beltran would have been in serious trouble if it was discovered he’d lied to his bosses the way he’d lied to a reporter.

Only the boss never even asked the question.

The Mets tried to figure out a way to salvage this. Give them credit for that, for not rushing to judgment, for trying to see if they could avoid, once and for all, making this “a Mets situation.” Maybe if they had a full accounting of this story from, say, Nov. 1, they could have been better prepared for the commissioner’s report, which dropped Monday and included a passive-aggressive inclusion of Beltran, the only player mentioned.

We gave him too much credit. You can bet Steve Cohen, wherever he was, was taking notes.