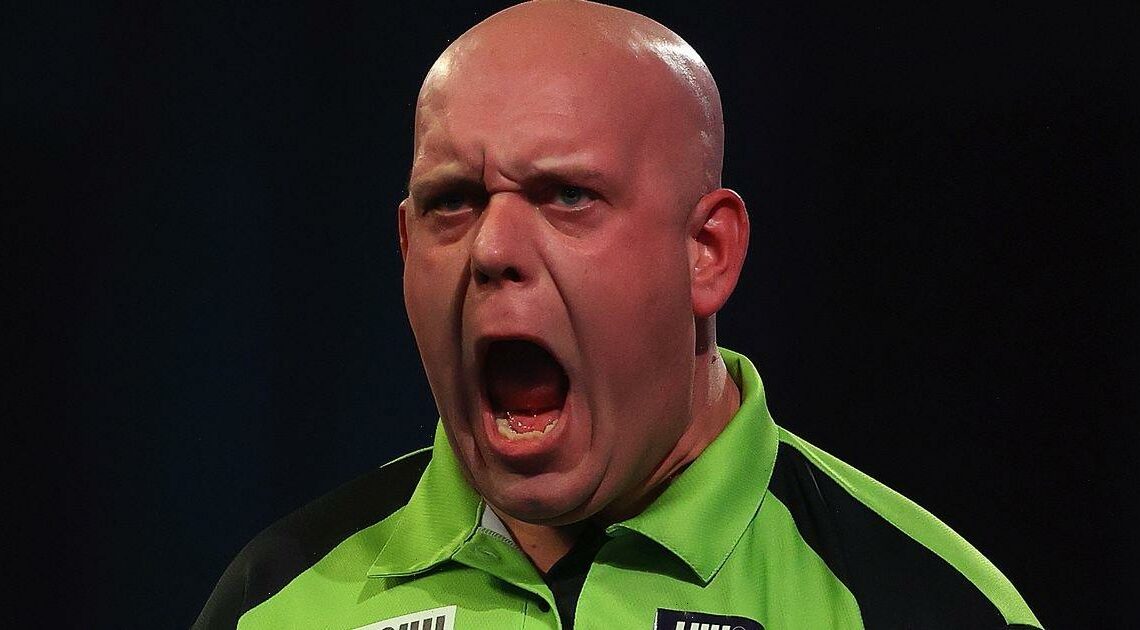 The giant Dutchman, 29, has adapted well to life in England with one goal and two assists since making the January switch to Burnley.

Tasked with keeping the Clarets in the top-flight, Sean Dyche's £12m signing has a proven eye for goal, hitting double digits in the Bundesliga in each of the last three seasons.

But it seems the 6ft 6 forward also has a keen eye at the oche having bested world no.5 and compatriot van Gerwen in a one-leg shootout.

"We played once, he was with the national team. He came there on an evening and we just played. It was funny and then at the end, we played from 301," Weghorst told Sky Sports.

"We played down and then I beat him. Of course that was crazy, that was really nice.

"But he was a little bit angry and wanted to play two more games and I had no chance.

HAVE YOUR SAY! Can Wout Weghorst keep Burnley up? Let us know in the comments section.

"But we will just stick with the first one. I was done in nine from 301. I started exactly with two 140's and then hit the double directly so that was funny, that was cool."

Though the defeat clearly hasn't disrupted MVG that significantly with the 32-year-old lighting up Night 4 of the Premier League in Exeter last Thursday.

Only dropping three legs during the entirety of the night, van Gerwen completed a whitewash 6-0 victory over Peter Wright in the final to claim five points and rise to second in the table.

Cheltenham Festival – Sky Bet bonus offer: Get money back as CASH if your horse loses the Supreme Novices Hurdle