Home » Sport » Predicting every game of the 2022 World Cup, from Qatar vs. Ecuador to the final 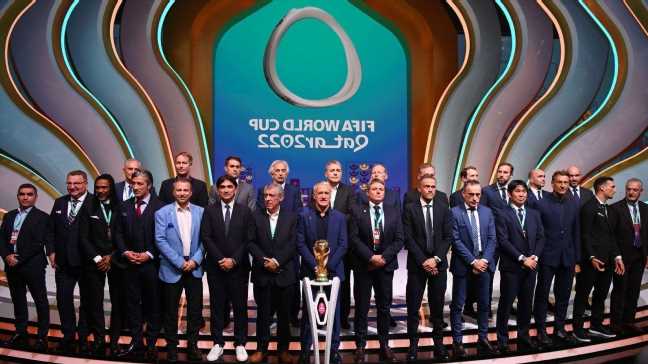 Predicting every game of the 2022 World Cup, from Qatar vs. Ecuador to the final

When I first did this, seven months ago, I wrote the following: “Players can get injured, players can play poorly, players can appear out of nowhere, managers can quit their jobs — the list of complicating factors is endless.” And yet, I still went ahead and made a prediction for all 64 of the matches scheduled to be played in Qatar.

Since then, the final two slots in the tournament were confirmed. (Sorry, Peru!) And so have the 26-man rosters for all 32 teams. (Sorry, Paul Pogba, N’Golo Kante, Diogo Jota, Reece James, and on and on.) We now know who’s playing, both at a micro and macro level, in a way I did not, back in April. Players have been injured, players have played poorly, players have appeared out of nowhere, and managers have left their jobs.

So, with this added information, we’re running it back and predicting all the matches from Nov. 21 through Dec. 18 — again. Some of the predictions and analysis from the first time around will not change, while other parts will read very differently. Like last time, all of the stats mentioned in the piece come from Stats Perform, but unlike last time, we are only looking at data from competitive matches played since August 1, 2021..

And also like last time, I’ve employed the help of the consultancy Twenty First Group, which has built a model that combines individual player ratings and team performance to create a rating for every international team. With international soccer, there aren’t enough games to truly judge a team based on its recent results, and the rosters are always changing, so this player-based method attempts to address those problems. I’ll reference their ratings throughout this journey; it’s just another tool to help guide us from start to finish.

CategorySport
How to use Animated Explainer video in Healthcare Industry?