Home » Sport » Piers Morgan: Mikel Arteta's 'trust the process' drugs have worn off.. if Arsenal don't get top four he should be sacked 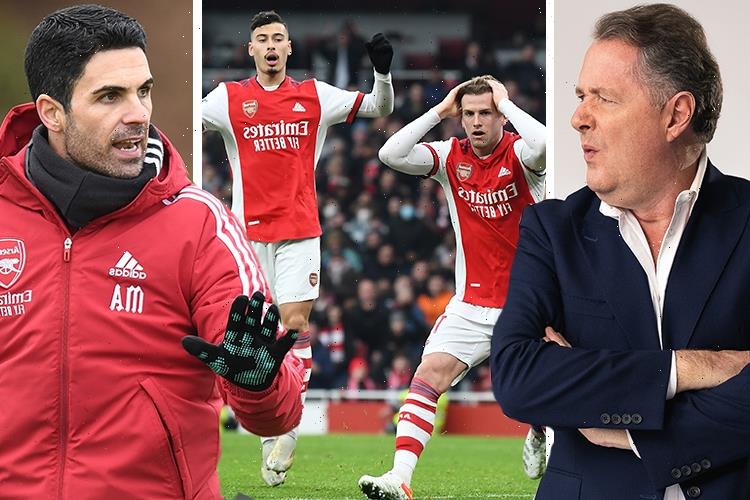 Piers Morgan: Mikel Arteta's 'trust the process' drugs have worn off.. if Arsenal don't get top four he should be sacked

TO BE an Arsenal fan this season has felt like being Robert De Niro’s character Leonard Lowe in the movie Awakenings.

For those who haven’t seen it, it’s about a group of catatonic patients brought back to functioning life again by a brilliant doctor named Malcolm Sayer (played by Robin Williams) only for his miracle drug of hope to then wear off and send them back to catatonia. 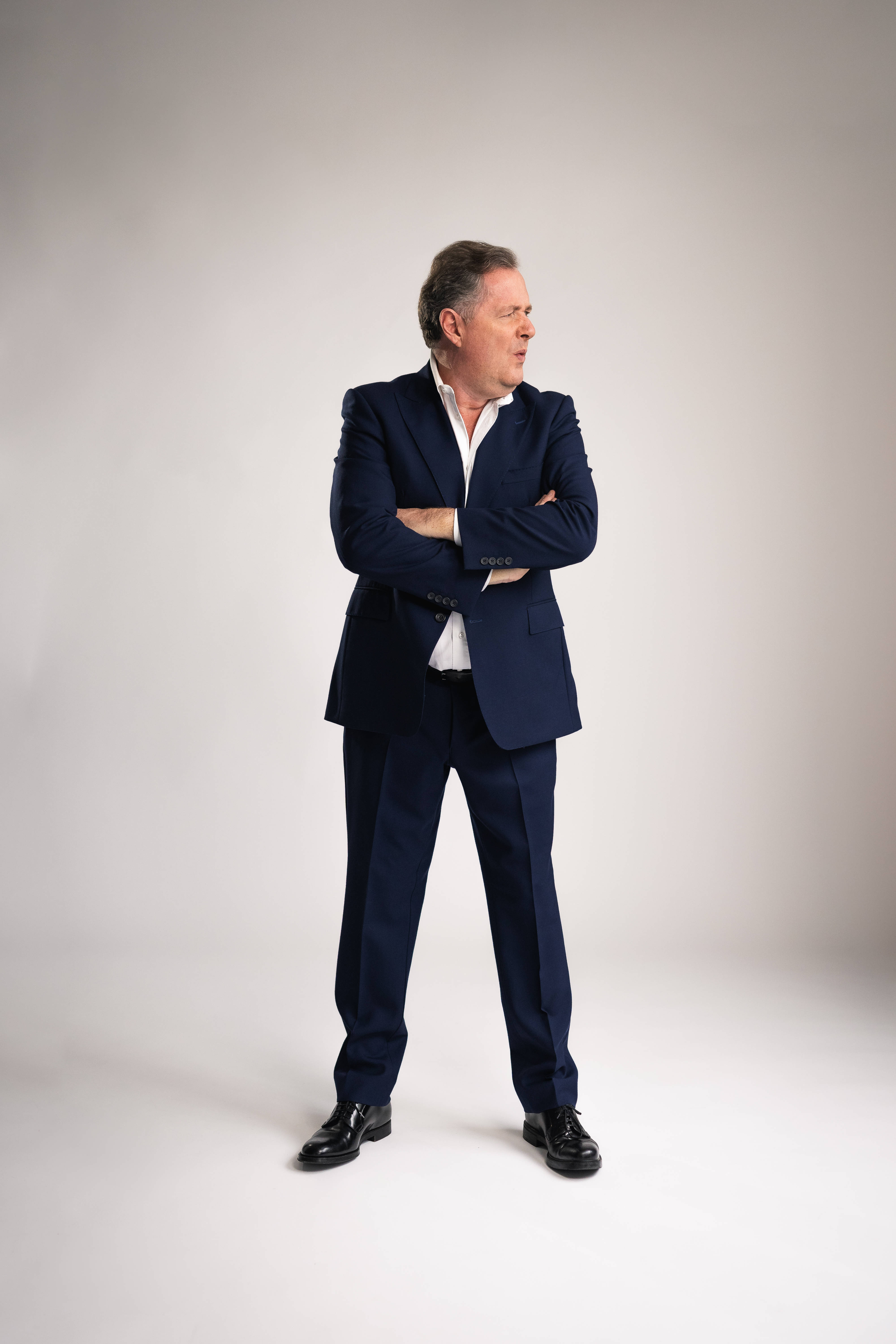 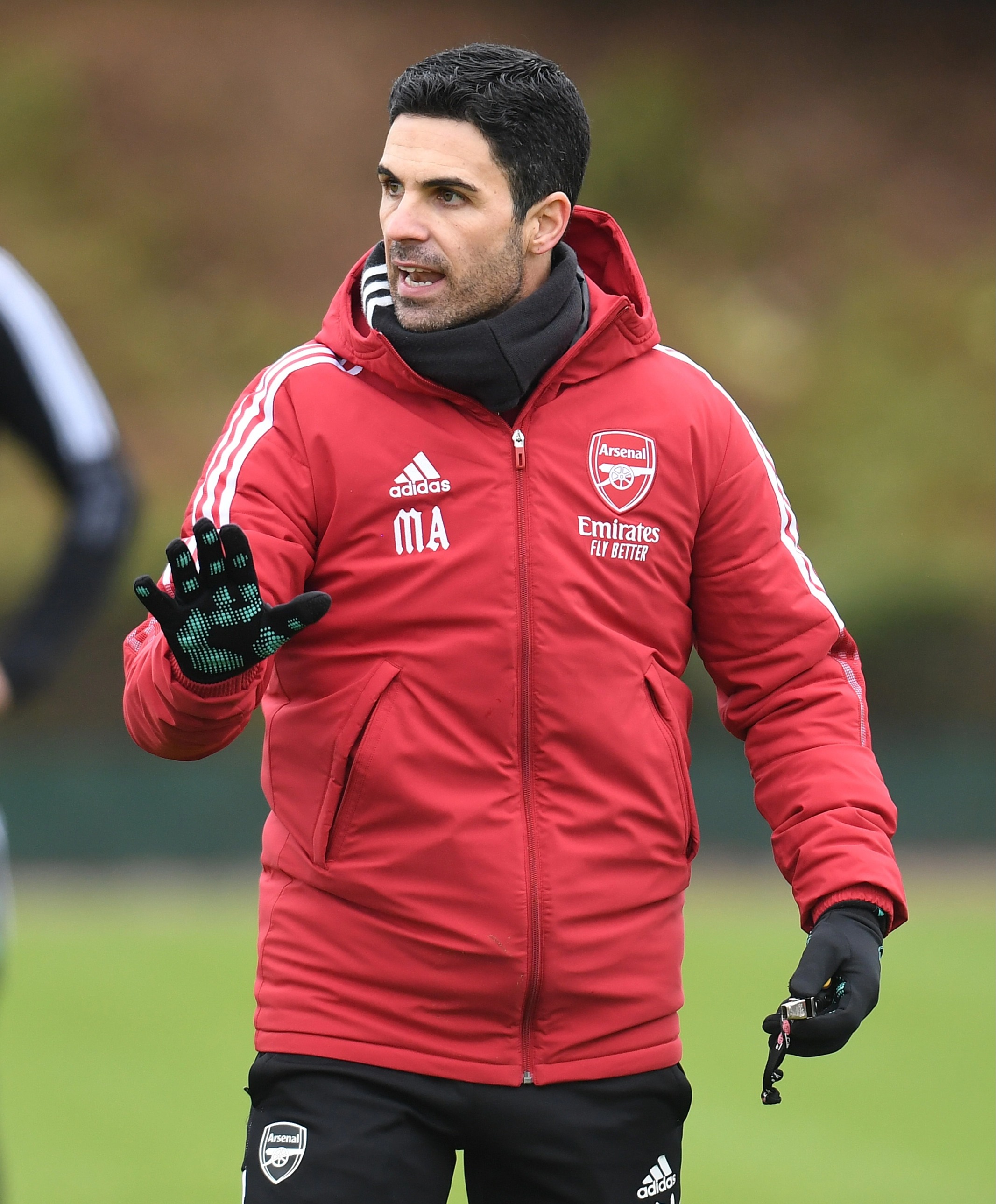 Last August, after three disastrous straight opening Premier League losses, culminating in a humiliating 5-0 thrashing by Manchester City, I found myself in similar state of Zombie-like helplessness – sitting silently in a chair, open-mouthed and staring blankly at the ceiling.

It had been 17 years since the all-conquering Invincibles made football history, and now, after so much endless failure and false-dawn hope had reduced us to a team that couldn’t even qualify for Europe let alone compete for the league, came this new crushing nadir.

But manager Mikel Arteta kept telling us to “trust the process” and, to be fair to him, I’ve tried.

In fact, there was a moment  during Arsenal’s opening match of 2022, on New Year’s Day against Man  City, again, when we were 1-0 up at half-time and  outplaying  the best team in the country,  that like Leonard in the movie when Dr Sayer’s seemingly miracle-working drugs kicked in, I felt a sudden surge of excitement in my deadened veins.

Then City equalised, and then they scored a 93rd minute winner, and then my face began to twitch like Leonard’s with uncontrollable tics, and then everything went horribly wrong again.

Life with Ronaldo is just like any other family’s, says Georgina Rodriguez

And on Sunday night, as the final whistle blew at the Emirates after a pathetic performance against bottom-of-the-table Burnley, and loud boos rang out from the considerably-empty-chaired crowd, and half our team lay flat-lined on the pitch like they’d been shot, I once again found myself silent, open-mouthed, and staring blankly ahead.

Arteta’s ‘trust the process’ drugs had worn off.

It wasn’t just the fact we couldn’t beat the worst team in the league at home that sank the spirit, it was the way we played that was so  finger-gnawingly depressing.

Burnley parked the bus, as was entirely predictable, but despite having human greyhounds like Gabriel Martinelli and Bukayo Saka — two of many very talented but also very young and inexperienced players in the team — we inexplicably never found a way to get around it.

Our tactics were shocking, our creativity non-existent, and there were frequent moments when we just stopped running and sloped around like energy-devoid sloths, endlessly tip-tapping the ball from side to side as if too fearful of Arteta’s permanent touchline wrath to try anything more adventurous.

What the situation cried out for was a proper world-class striker to take charge and bully Burnley into submission — but Alex Lacazette is never going to be that guy.

He’s too nice and not good enough. 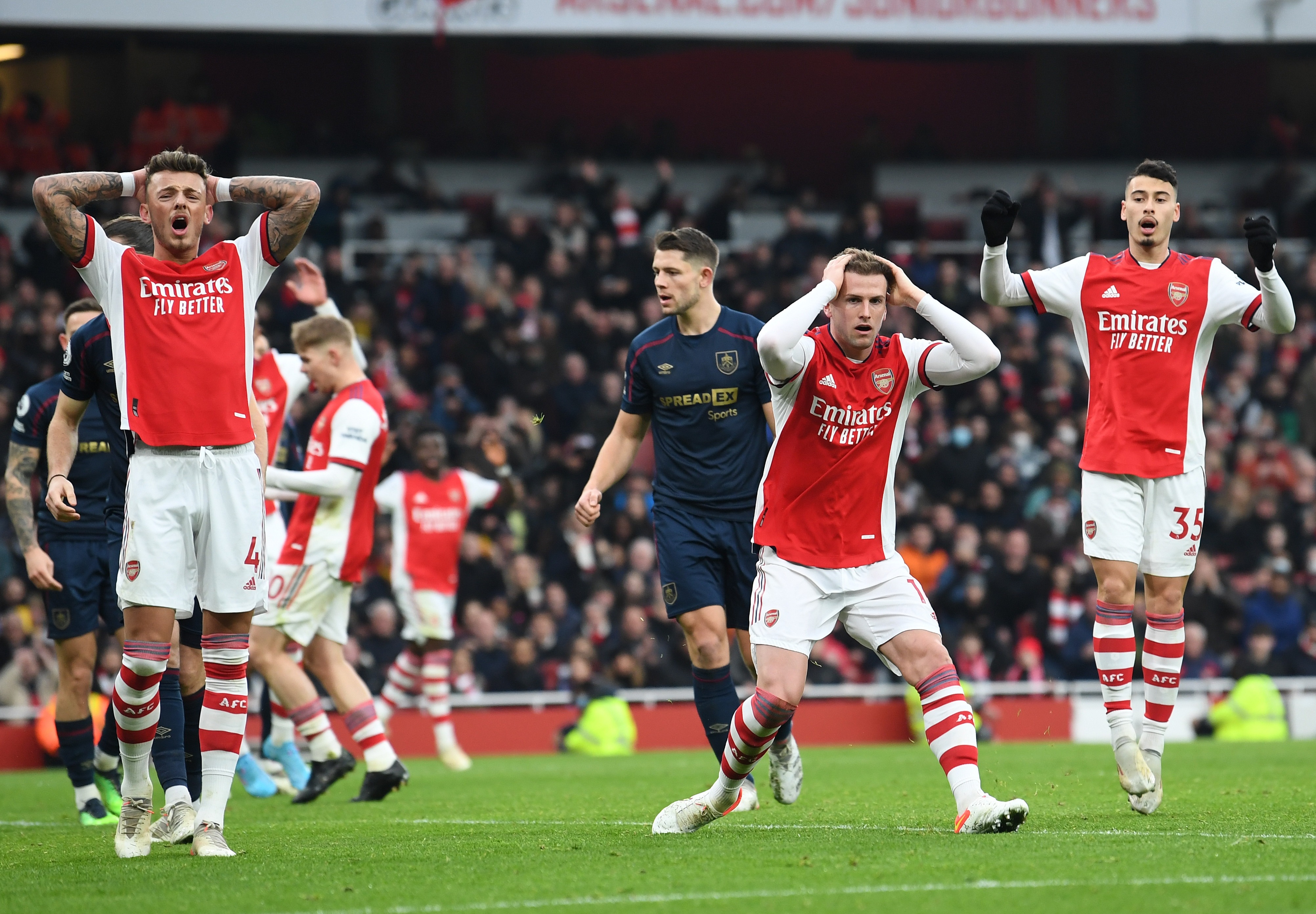 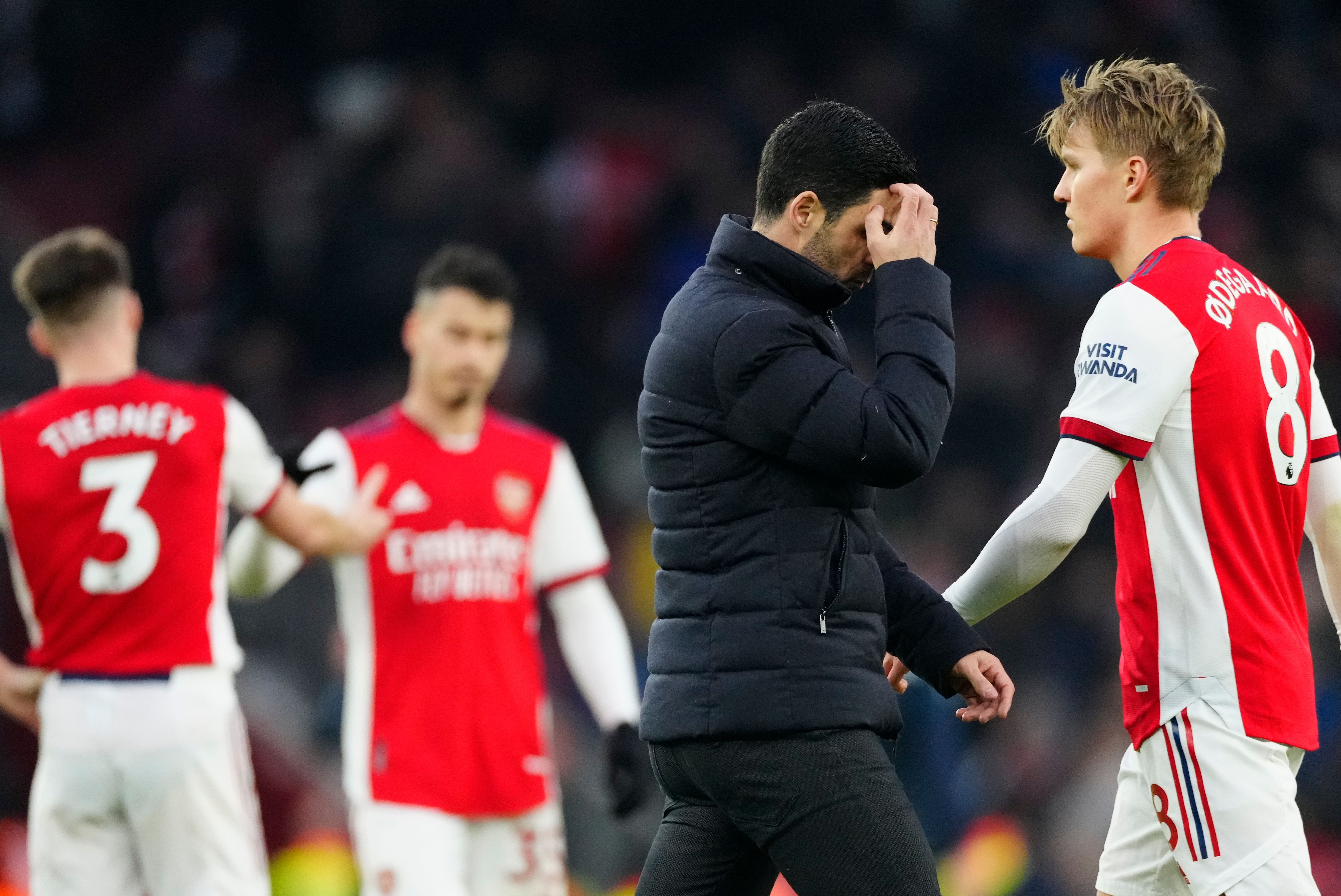 No, that guy is supposed to be Pierre-Emerick Aubameyang — who has scored 92 goals in 162 matches during his Arsenal career including seven in 15 this season.

That’s a 57 per cent goals-to-games record, significantly better than all the other strikers Arsenal have had since Thierry Henry broke my heart and left for Barcelona.

Compare that to Alexis Sanchez’s 48 per cent, Robin van Persie on 47 per cent, Olivier Giroud on 42 per cent and Lacazette on a paltry 36 per cent.

In other words, Aubameyang is one of the best strikers Arsenal have ever had, yet right now he  is earning £350,000 a week to sit  at home.

Arteta has taken weird pleasure in publicly humiliating our best, and best-paid, player, behaving  like a particularly smug and intransigent disciplinarian headmaster punishing a naughty schoolboy for reasons that have never been fully explained — but at what benefit to the team?

Arsenal will finish January with more red cards than goals in the month, an extraordinarily damning statistic.

And spare me all Arteta’s excuses about Covid, injuries and suspensions — every club’s had the same problem during this  pandemic, and eight of his first-choice XI played on Sunday.

It wasn’t just the fact we couldn’t beat the worst team in the league at home that sank the spirit, it was the way we played that was so finger-gnawingly depressing.

As for his penchant for wielding the under-performance punishment sword, the time is fast approaching when it may need to be wielded  on him.

For all his tough guy talk and endless “trust the process” bull****, Arteta’s so far been a demonstrable failure at Arsenal.

He’s been in charge for two years and 114 matches now — and has a win record of just 53 per cent, less than Wenger’s, whose last decade was woeful, and Unai Emery’s.

Yes, he won the FA Cup within months of taking over (thanks to two goals by Aubameyang).

But for a club like Arsenal, it’s winning the Premier League and Champions League that matters and on which real success should be judged.

That is the level we were  promised when we moved from Highbury to the Emirates, and why we pay some of the highest ticket prices in Europe.

If we don’t make Top 4 this season, and even that ‘achievement’ seems such a lowly ambition for a supposed big club, then he shouldn’t be given a pay rise, he should be sacked.

This season, despite Arteta splashing out £150million on new players, we’re sixth and already out of both domestic cups.

Yet astonishingly, in the past few days, it’s been reported that he is about to be handed a big new  contract by grateful owner Stan Kroenke.

What, pray, has he done to deserve such a fat new deal?

To borrow the words of Dr Sayer: “How kind is it to give life, only to take it away again?”

The cold, hard reality is that whatever process we’re supposed to be trusting at Arsenal isn’t working, and the person whose process it is should be made properly accountable — not rewarded for failure.

Arteta may yet prove to be a good manager — I’ve certainly  preferred watching his team this season to the last few years of  horribly uninspiring Wenger sides.

But he’s already had six months longer in the Arsenal job than his predecessor Emery and things now seem to be unravelling faster than Leonard Lowe’s medication.

If we don’t make the top four this season, and even that “achievement” seems such a lowly ambition for a  supposed big club, then he shouldn’t be given a pay rise, he should be sacked. 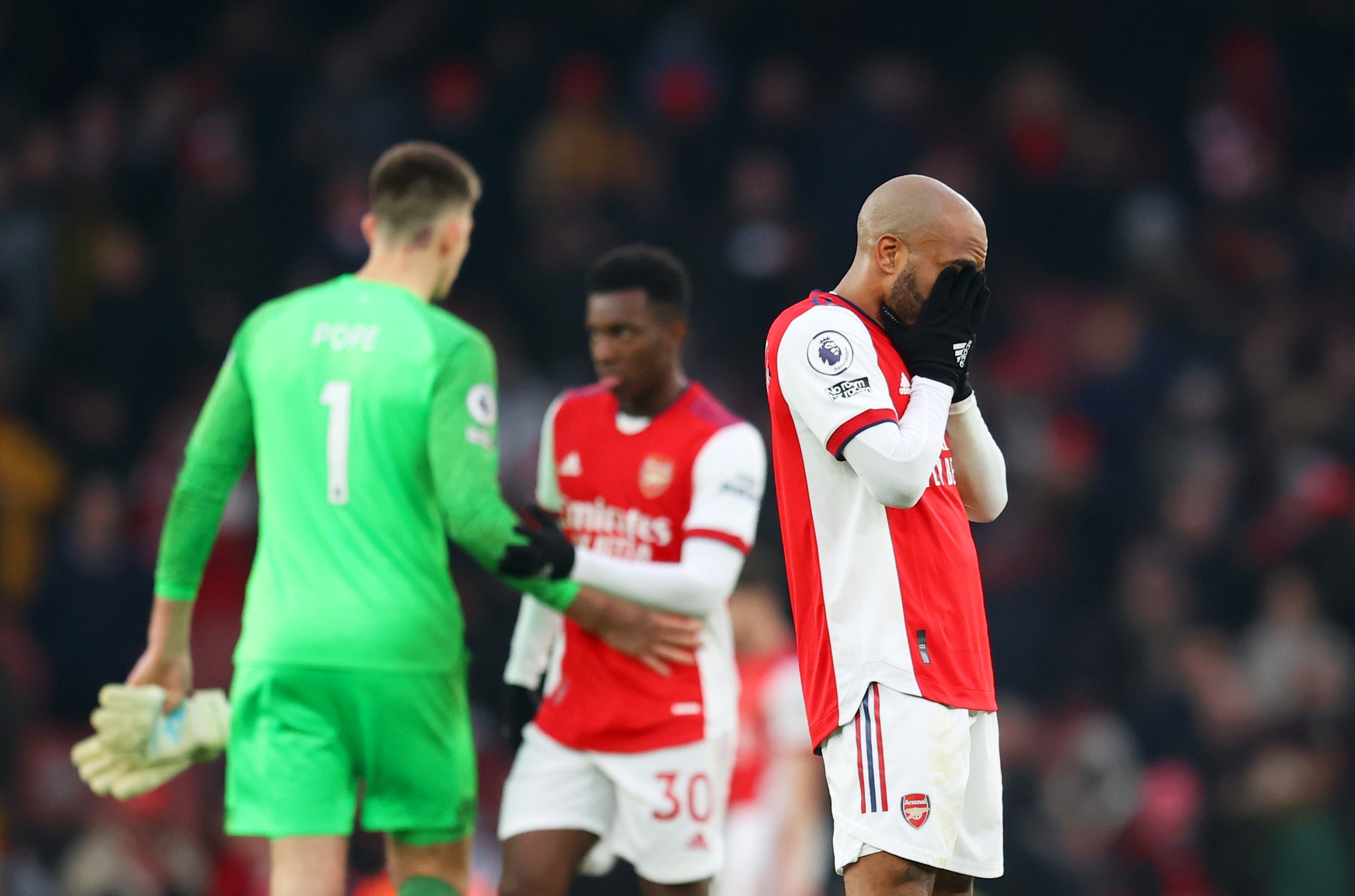 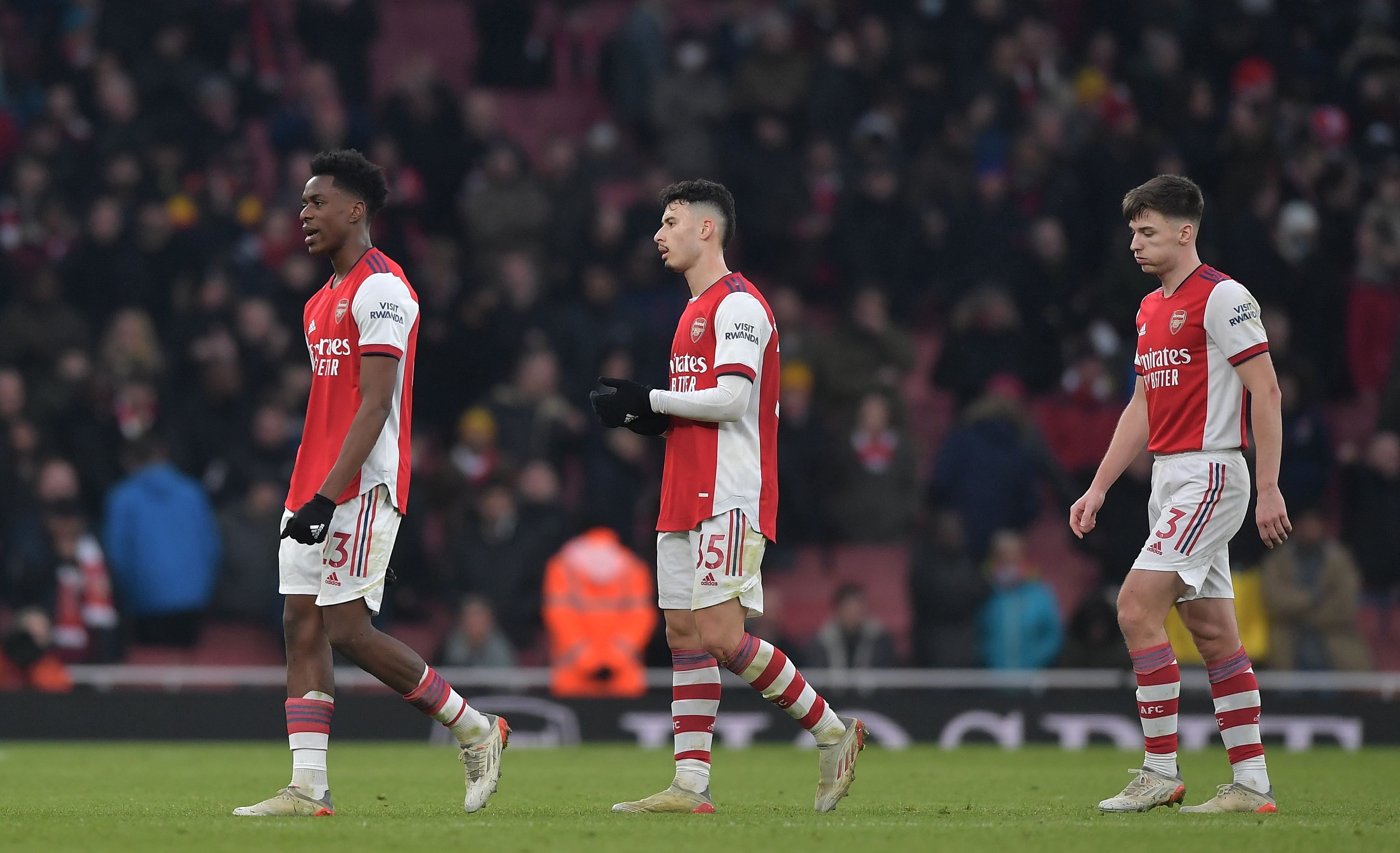 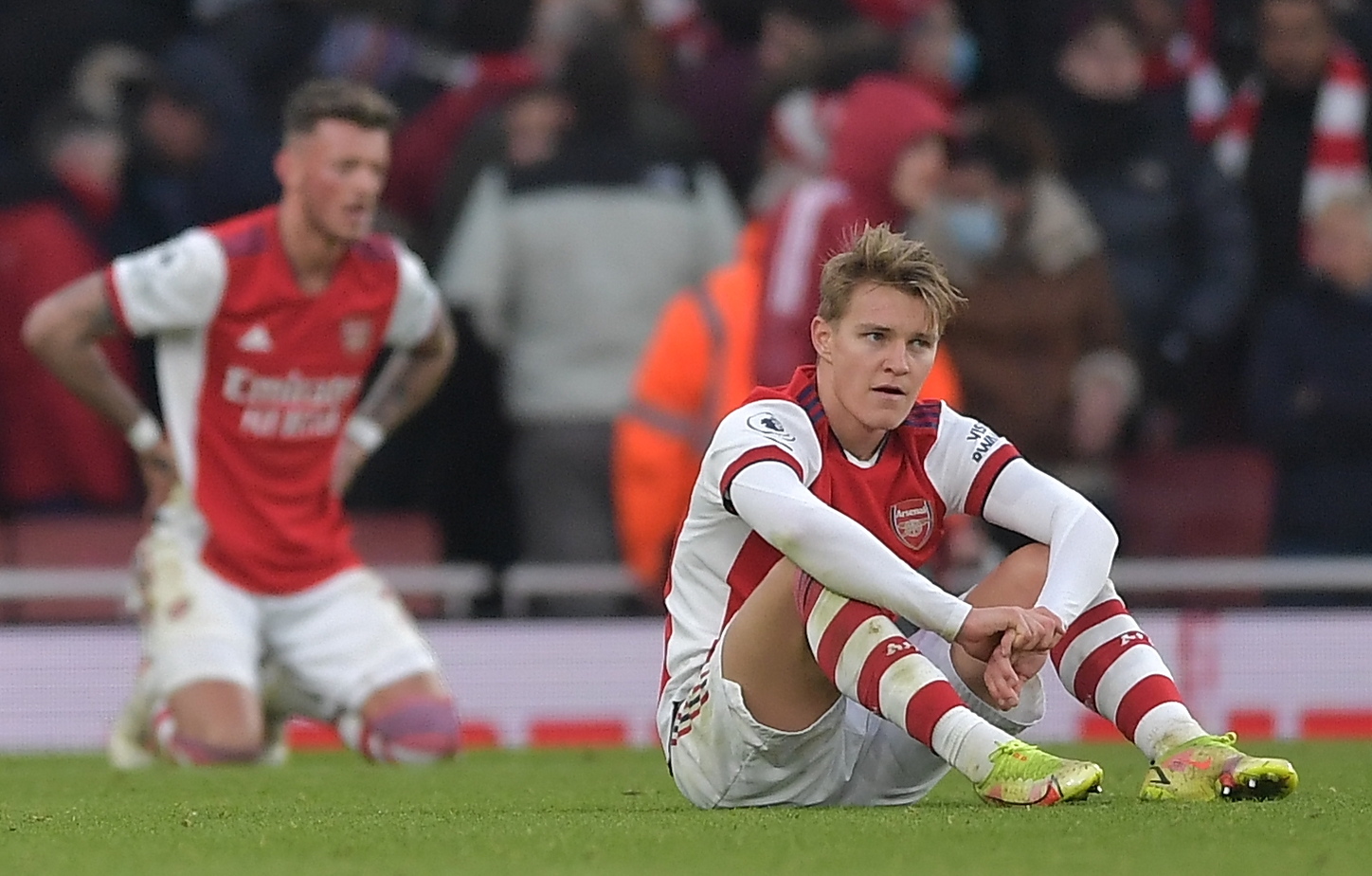