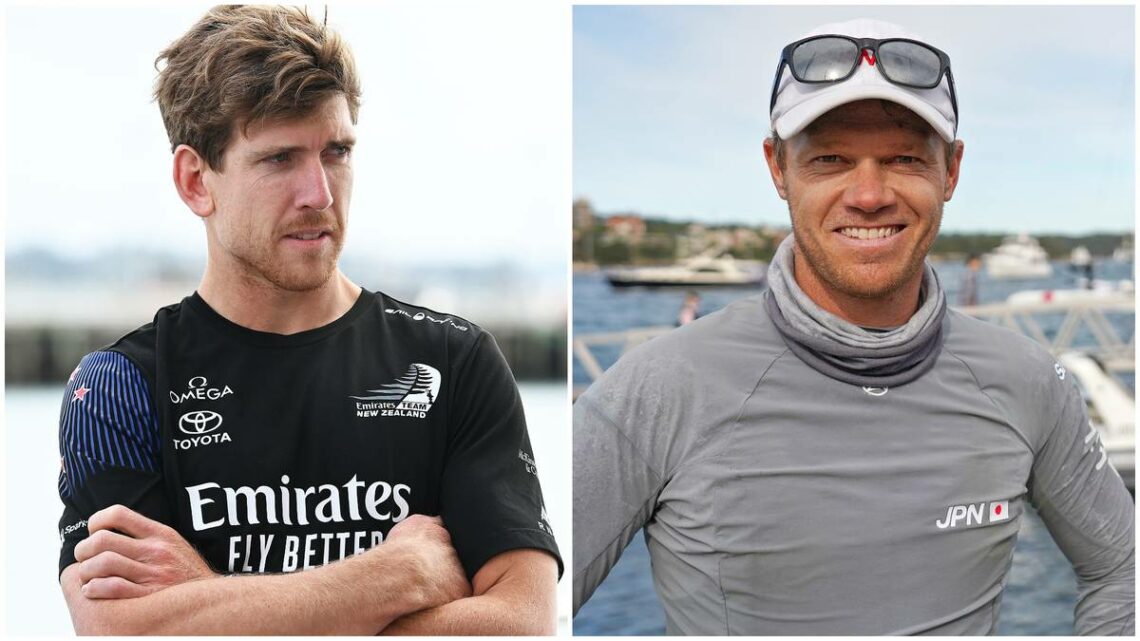 Team New Zealand have dropped a bombshell in their own boatyard – hiring crack Australian skipper Nathan Outteridge for the 37th America’s Cup – but say they hope Peter Burling and Blair Tuke remain with the sailing team.

The immediate reaction is to think this is a covering move should the two key members of the Team NZ afterguard not re-sign for the next regatta – which has yet to find a venue.

“This is part of an effort to lift our performance as a sailing team,” said a spokesperson for the team, “and we want Pete and Blair to be part of that, of course. We know from our review that the sailing team has to improve if we are to pull off this three-peat. Nathan is being brought in to strengthen our team and there are a number of roles he can fill.”

However, Burling and Tuke’s latest statement, reported in Stuff, may muddy the waters within Team NZ. The pair said Outteridge is “a great sailor” and a positive addition to the team: “Although we haven’t yet re-signed for the next cup campaign, we have been involved with the team since we won the cup in March.

“We’ve committed to telling the critical ocean and climate story through our sailing careers, and we need to make choices that will allow us to step up to this ambition. Obviously we have concerns about the suitability of Jeddah which we have expressed to the team over the past few months. We are continuing to talk with the team as they work through the detail before we make any decisions.”

The reference to Jeddah, the port city on Saudi Arabia’s west coast, is not likely to have delighted team boss Grant Dalton, who is embroiled in the ticklish business of finding an overseas venue prepared to pay a hosting fee to help fund the team’s defence. Mention of Jeddah and the implied entry into political and human rights issues will not be in Burling and Tuke’s job descriptions.

So it may be that the gap between the team and the talented pair is widening.Outteridge, meanwhile, is close to another world-class Team NZ sailor in fellow Aussie Glenn Ashby, who has re-signed. Outteridge is an Olympic gold medallist, a nine-time world champion in a variety of classes, including the highly relevant 49ers and Moths, and skipper of Artemis in America’s Cup challenges in San Francisco (2013) and Bermuda (2017) where the Swedish boat acquitted itself well in difficult circumstances.

He is highly regarded and respected, though he sat out the last Cup round in Auckland after Artemis decided not to challenge; many Kiwis will have become familiar with his TV commentary.

TNZ held a far-reaching review after that regatta. Far from being a cursory, once-over-lightly, now-let’s-head-for-the-bar analysis, it was a critical examination, thought to have involved the McKinsey consulting group. One of its findings was that the sailing team could improve.

Outteridge could simply be a strong addition to the crew and/or a sounding board and/or training partner to help achieve that. It’s possible for example, that Team NZ could trial two crews in their AC40s in the build-up to the regatta.

Another possibility is a dual-helm arrangement, as introduced successfully by Luna Rossa in the last regatta. The dual helms do away with the need to have crew members running across the yacht during manoeuvres – cutting down windage significantly in a race where small gains can mean big advantages.

The latter was not as prominent in the afterguard last time, with Burling and Tuke calling the shots. However, he is still a world class sailor with leadership credentials, as displayed in San Francisco and Bermuda. Team NZ also have Josh Junior and Andy Maloney backing up from the last regatta, also talented sailors.

Burling and Tuke would likely miss the next regatta anyway if they moved to a challenger. The rules are clear: the sailing crew of any Cup challenger has to be 100 per cent composed of people from the challenging country; they either had to have a passport from that country at the time of the last Cup race in Auckland or have spent 18 months out of the previous three years in that country.

The nationality rule can be sidestepped by an “emerging nation”, unable to garner a crew from your own nationals, like China, for example. However, even then, the crew has to be signed off by Team NZ.

So the duo could join another syndicate but only to train, coach and share knowledge as successful Cup challengers and defenders. If the syndicate’s challenge was successful, they’d be straight back in the afterguard to defend it.

Some think the pair has been spreading themselves a bit thin in all their various sailing and charitable endeavours; silver was a fine achievement in Tokyo but also a disappointment. Burling himself called it “bittersweet” and there was a body of thought that it would have been gold had they been able to spend more time in the 49er boat.

Sure, they missed out on gold in Tokyo in the 49er class by a slender margin, but in 2016 in Rio de Janeiro they won by about the length of the Suez Canal, beating none other than defending Olympic champion Nathan Outteridge.

Their first statement saying they were waiting for “clarity” seemed, to a few sailing observers, to be a possible power play. If that was the case, they may now be contemplating their future while, at the same time, Team NZ are protecting theirs.