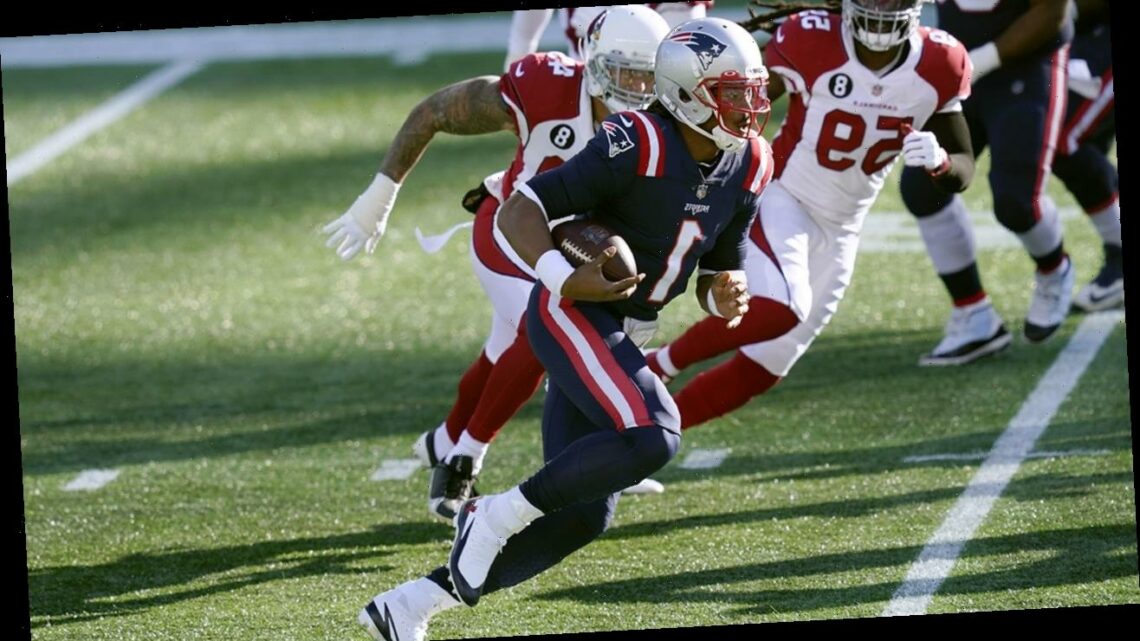 Patriots' Cam Newton on poor performance vs. Cardinals: 'I'm not going to apologize for winning'

Cam Newton wasn’t at his best in the New England Patriots’ 20-17 win over the Arizona Cardinals on Sunday.

Newton, who had a 23.6 passer rating, only completed 9-of-18 passes for 84 yards with two interceptions and added 46 yards on the ground. He certainly played well-below average, but at the end of the day, the victory is what mattered most, he said.

"I'll be the first person to say I didn't play my best game yesterday,” Newton said on Monday morning during his weekly interview with WEEI Radio. “But let's be totally clear: I don't play this game for statistic benefits. I don't play this game for any type of individual accolades. I play this game to win. I'm not going to apologize for winning. I don’t care how we won and I would take a win in most cases this year rather than having the three and four hundred yards passing. In my opinion, did I do enough to win in those games? Who cares? I am not going to go back and turn the page and what transpired yesterday was just a result of a great team win that I am not going to feel sorry for. It is what it is."

MARSHAWN LYNCH REVEALS HIS PREGAME RITUAL DURING HIS NFL CAREER

Newton discussed his performance on Sunday, including when he threw a fourth-quarter interception to Cardinals cornerback Dre Kirkpatrick, a decision that he called “reckless.”

But the Patriots’ defense stepped up and forced Cardinals kicker Zane Gonzalez to miss a 45-yard field goal.

"It's a strange feeling, but at the end of the day, I've had games where quarterback rating, statistics and everything, effort and all that, amounted to a loss. And I've had games like yesterday, where you did everything to try to lose and you still win by the grace of God," Newton said.

Newton will lead the Patriots (5-6) into Los Angeles to take on the Chargers (3-8) next Sunday.