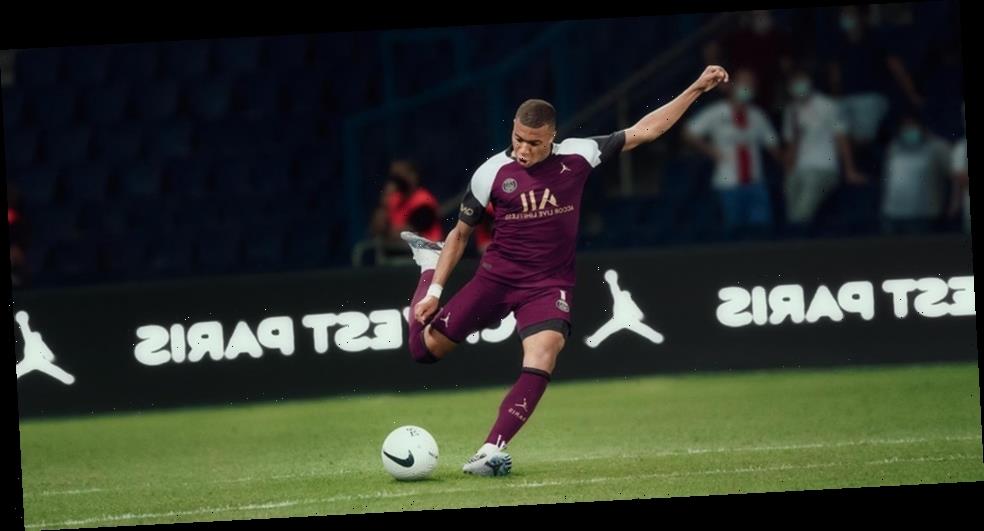 French club Paris Saint-Germain has revealed its latest collaboration with Jordan Brand, including the third kit to be worn by the team during the 2020/21 season. The kit’s design honors the classic “Bordeaux” Jordan colorway, which is also seen on collaborative apparel and the previously-teased Air Jordan 4, Zoom 92 and Air Zoom Renegade.

As well as the stand-out “Bordeaux” color on the jersey, black and white accents have been added to the shoulder and sleeve while touches of gold grace PSG’s logo in honor of the club’s 50th anniversary. To go with the kit, PSG and Jordan Brand have also unveiled a selection of apparel which nods to the colors used on the jersey and third kit.

The first pieces from the collaborative collection — including the third kit, Air Jordan 4 and a varsity jacket — are all available now via the PSG web store. The full collection is due to follow on October 10.

For more football kits, take a look at the best jerseys from around Europe this season.
Source: Read Full Article

Amazon's Fall Sale: Save Up to 60% on Rebecca Minkoff Handbags & More
World News