Home » Sport » Packers’ Davante Adams has Aaron Rodgers’ back no matter what, ‘ready to rock’ regardless

Packers’ Davante Adams has Aaron Rodgers’ back no matter what, ‘ready to rock’ regardless

Green Bay Packers star wide receiver Davante Adams is looking past the controversy surrounding the organization this offseason to focus on the “ultimate goal” of making it to the Super Bowl, telling Fox News regardless of what comes of the Aaron Rodgers situation, he’ll be at training camp next month “ready to rock.”

Adams, 28, was limited during the Packers mandatory minicamp earlier this month but he told Fox News in a phone interview Monday that the mutual decision between him and the coaches to not actively participate on the field was to allow new faces in the locker room to get in some valuable reps.

BRETT FAVRE ON AARON RODGERS SKIPPING PACKERS CAMP: ‘NO ONE SHOULD BE SURPRISED’ 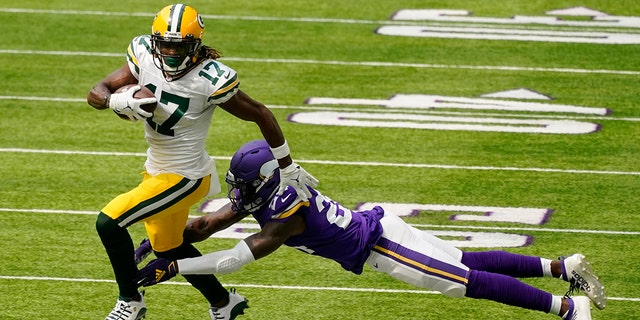 “Once we get out to camp I’ll be back running the show and getting ready for the season. I said on my Instagram post at the end of the year, don’t be surprised if I come back better, so hopefully, people didn’t forget about that.”

Adams is facing a unique situation this season as quarterback Rodgers sits in limbo with the organization, officially becoming a holdout having missed both organized team activities (OTAs) and minicamp. Adams has been public about his support for Rodgers and is hopeful that he’ll return.

Adams said the atmosphere in the locker room hasn’t been impacted by the situation and the team’s support for Rodgers hasn’t wavered.

“Honestly, it’s not even something that we truly talk about like that. It’s just, everybody’s been dialed into what they got to do. There’s enough to worry about with themselves than to be going and worrying about what other guys are doing and what their situation is like, especially when we can’t control any of that,” he said. “I think everybody’s mindset, everybody is going to love Aaron the same way when he returns, and obviously it’s been a little bit of a confusing situation but there hasn’t been any negative talk or anything like that. Everybody’s behind him.” 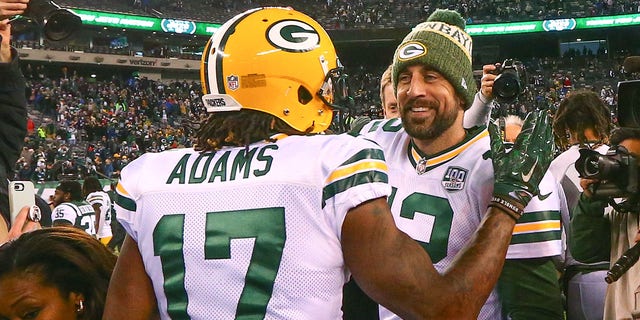 In Rodgers’ absence, one of the new faces getting valuable reps has been the 2020 draft pick, Jordan Love. Head coach Matt LaFleur told reporters last week that his message to Love has been to “prepare like you’re the starter” — something that very well could happen.

Adams said he sees promise in the young signal-caller but only time will tell.

“Well, it’s really, really early,” he said. “We’ve seen some progress, but obviously, when you get into live action and do a little more training camp stuff, you’ll be able to further evaluate that, but I like what I see from him so far. He’s shown that he’s locked in and ready to assume whatever role that he has to and go out there and play, so I’m looking forward to seeing him.”

Because of his decision to take a step back during minicamp, Adams said it’s hard to compare his chemistry with Love to what he’s built with Rodgers.

“It’s obviously much different,” he said. “I don’t have any experience with him. The more that we do work — obviously I didn’t do team reps, so I wouldn’t say that our chemistry is great, but it’s just because we haven’t had a whole lot of time together, but whatever happens will happen, and if he ends up kind of running the deal, then we’ll continue to build and start on that journey in training camp, but as of now, we haven’t had much time together, so I can’t say that it’s where Aaron and I’s chemistry is. That took years and years and years to build to get to where we are right now. 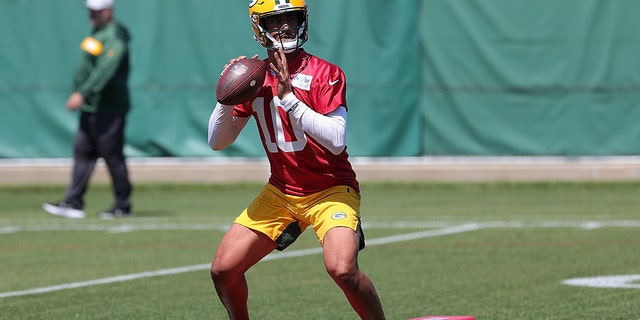 ‘’He’s obviously really young, he’s going into his second year coming up, so he’s got a lot of growing to do and a lot of time to grow. As we go along, I’m sure the more reps that we have, whether we have them or not, we’ll be able to get to a good point if Aaron isn’t here, but obviously everybody is praying that he does come back.”

Adams had a standout year in 2020 despite the Packers losing the NFC Championship. He recorded 115 receptions for 1,374 receiving yards and led the league in receiving touchdowns with 18. He also received First-Team All-Pro honors.

Naturally, he’s been a leader on the field.

“It’s been that way for quite a while now, but as soon as I step in the building, I kind of wear that on my sleeves,” Adams said. “I think that the guys, they’re looking forward to that. [It’s] a little bit of a different angle as far as the way that I teach versus our wideout coach or the offensive coordinator or somebody else. It’s a little bit different. It’s like learning from your brother rather than hearing it from your dad. 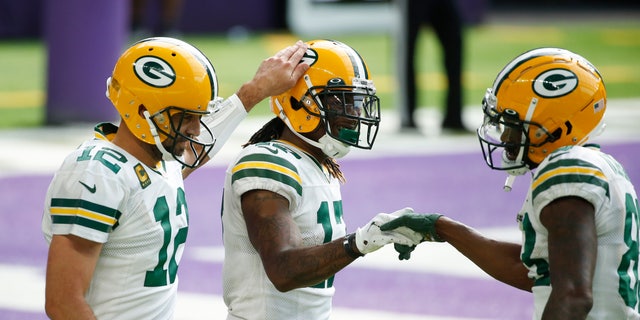 Adams is entering the final year of his contract, and according to reports, he could possibly sign a four-year extension worth $100 million.

He told Fox News he has begun the beginning stage of talks with the team and the Rodgers situation could play a role in his decision.

“That’ll play into it, but there’s been talks, just really just talks, but we haven’t really done anything or talked about anything that’s worth mentioning,” he said. “It’s kind of just been the beginning stage of talking, and we’ll figure out what happens. Hopefully, something gets figured out, but I’m just there to play ball either way. That stuff will take care of itself eventually.”

The focus for Adams is simple: “Looking for a Super Bowl.”

“I’ve been to four NFC Championship games and I have no Super Bowl appearances … That’s the ultimate goal.”

Adams has been staying busy off the field as well. He told Fox News he recently partnered up with Optimum Nutrition on the “Building Better Lives” campaign – a program made to bring national attention to the disparities in access to fitness and provide resources in underserved communities.

“[Its] about promoting access to fitness for everyone, and I think that that’s a great mindset to have because not everybody is presented with the same resources and opportunities,” he explained. “Having something like this when I was young could have put me in an even better position. Obviously, I wouldn’t change the scope or the way things turned out for me, but just to be able to solidify that. I had two offers coming out of high school in football, and with more resources and things like that it could have been 20.”