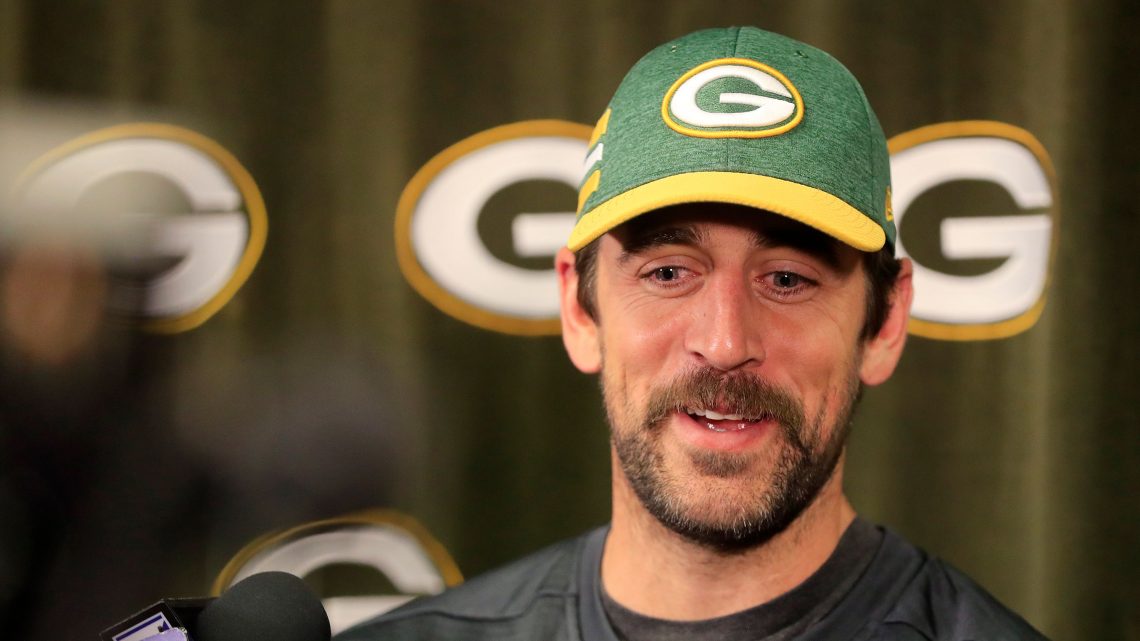 There’s a sense of defiance inside 1265 Lombardi Ave. A motivation to change the conversation. There’s also a need to prove this isn’t all just bluster and talk. Actions will mean a whole lot more than words between now and the first Thursday night of September, when the Packers travel to open the NFL season in Chicago.

But for a team accustomed annually to being on everyone’s offseason short list of Super Bowl contenders, this spring is new. And not just because the Packers have a first-time head coach. Take away the recent criticisms targeting their quarterback, the dysfunction outlined last week in an expansive Bleacher Report article, and you’re left with a team facing doubts on the field for the first time in a long, long time.

How is everybody inside Lambeau Field handling this new reality? There’s Adams, who was asked whether he thought his quarterback wanted to “shove it” to his doubters and responded in kind.

Adams went on to repeat what he’d already shared on Twitter, that he does not share the same negative views of his quarterback as Rodgers’ former teammates Jermichael Finley and Greg Jennings. He pointed to a 2016 scuffle in the end zone at Tennessee, when Rodgers took a late hit from a Titans defender shortly after crossing the goal line for a touchdown, and teammates took exception.

“Does that look like a guy who’s not a good leader and doesn’t have his guys behind him?” Adams asked rhetorically, although, of course, the much more telling turn of events would have been Rodgers taking a late hit and no teammates coming to his defense.

However long this saga carries out, the question of Rodgers’ leadership appears to have melted into a he-said, he-said affair. Some former teammates do not like how Rodgers conducted himself. Some do.

Rodgers said he has heard from “100-plus former teammates and coaches and current teammates and coaches” in support of him since last week’s story. He also stood by comments made on a radio program earlier this week calling the article a “smear attack” and questioning several reported details.

The Packers have much bigger issues this spring than whether Rodgers, Finley, Jennings and former coach Mike McCarthy are all going to exchange Christmas cards. The football portion of their offseason started with players reporting for workouts Monday. In two weeks, the Packers will hold a voluntary minicamp in the days leading up to the NFL draft’s first round. Then they’ll reconvene after the draft for organized team activities in May and mandatory minicamp in June.

What matters most in those workouts is how players acclimate under new head coach Matt LaFleur. At this point, it’s much too early to know how that will go.

“We're just kind of into the first install right now,” Rodgers said. “So we're still trying to feel (things) out. We haven't really seen any plays yet. We've been talking about concepts to this point. So there's a lot of ground to cover.”

Along those lines, Rodgers has to know he’ll be under an intense spotlight. If his relationship with LaFleur sours, it’s hard to see LaFleur taking the brunt of that blame, what with the history he shares with McCarthy. That would seem to give LaFleur at least a little leverage, significant since the record-breaking contract extension Rodgers signed last summer is no small chip in play.

But the stakes are much larger than relational. Rodgers will be 35 when the Packers play the Bears, turning 36 in December. At this stage in his career, neither he nor the Packers can afford to waste a season. If the start of their offseason program is a new beginning, it’s also a further reminder the Packers’ title window is closing.

Yeah, Rodgers admits, he would like to shove it. But he’s far from the only one. What’s different about this year?

Time is running out.

“I think there isn't a grace period,” Rodgers said. “This isn't like other transitions where you maybe give a pass for the first year or two as you get acclimated to the system. We have a veteran quarterback, veteran offensive linemen. We signed some big free agents for us, especially three on defense. There's an expectation living and playing here that you're going to compete for championships, and I think we all expect to do that."