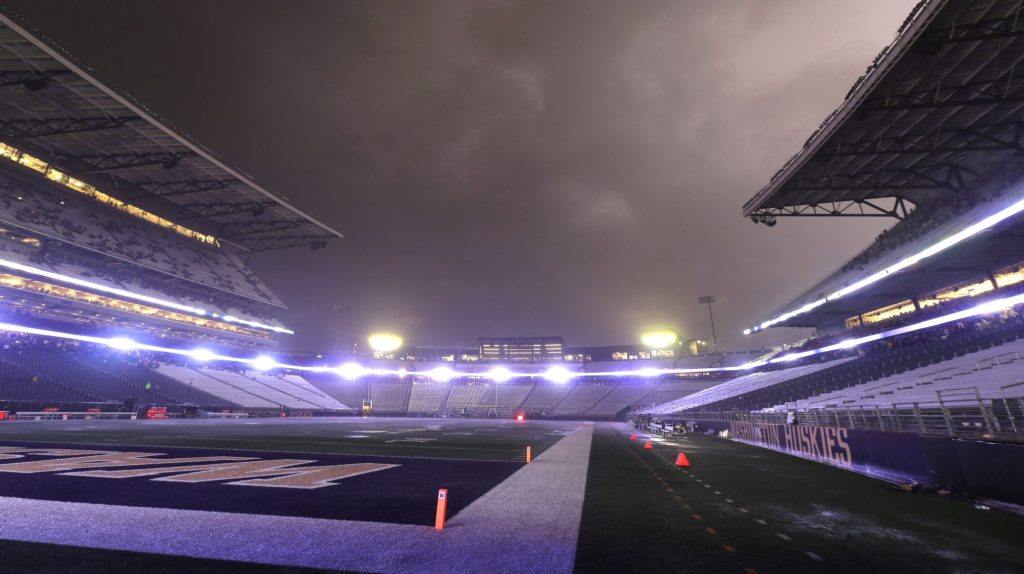 Instant reaction to developments on the field, and off …

The transfer portal is producing an outsized share of news across the Pac-12 these days. We couldn’t help but notice two players who didn’t enter the portal.

JaMarcus Shephard developed a sterling reputation for his work at Purdue, where he developed stars Rondale Moore and David Bell.

Not only did the Shephard hire lead to the retention of McMillan and Odunze, it assuredly helped lure transfer Junior Alexander to Washington after one year at Arizona State.

Could the combination of Shephard, Odunze, McMillan and Alexander signal a resurgence of Washington’s wideouts, a group that has underperformed momentously in the four seasons since the departure of Dante Pettis.

The Hotline tallied up the number of all-conference receivers produced by each Pac-12 program from 2018-21 — not only the first- and second-team picks but honorable mention selections, as well.

The lone UW wideout to reach an all-conference level in that span was Terrell Bynum, an honorable-mention pick this past season who proceeded to transfer to USC in early January (before coach Kalen DeBoer added Shephard to his staff).

But dig one level deeper, and the picture becomes even bleaker.

That’s more than a dozen player-seasons in a UW uniform for the four-star recruits during the window of our assessment, and one player earned all-conference recognition one time.

In our view, that’s the epitome of an underachieving position group.

(Utah, which also had a single all-league wideout in that timeframe, signed just one recruit with at least four stars attached to his name.)

What accounts for the woeful showing of UW’s wideouts since Pettis departed?

We wouldn’t identify a single cause. The offensive scheme and quarterback play in any given season are contributing factors, for sure. But clearly, player development hasn’t been up to standard. Perhaps that will change under Shephard.

Check that. It must change under Shephard.

There have been a slew of intra-conference transfers this offseason, including Bynum’s move to USC, but the most significant unfolded Friday when Oregon tailback Travis Dye emerged from the transfer portal … at USC.

Not only is Dye one of the best tailbacks in the Pac-12, but his move directly impacts the balance of power in two divisions, weakening one contender and strengthening another.

(Yes, we consider USC a contender; more on that momentarily.)

The move was an competitive blow to Oregon’s program, which now needs a lead tailback, and an emotional blow to Oregon fans. Dye is a legacy player, the brother of former linebacker Troy Dye, and an important cog in the recent success who opted to finish his career with a rival.

But fans everywhere should brace themselves, for there will be many more like Dye. The transfer portal and ability to play immediately at the new school have created free agency in college athletics every day of the year.

Even if the NCAA places restrictions on when players can enter the portal, nothing will prevent them from transferring to rivals — conference rivals, division rivals and even natural rivals — for any number of reasons. (Dye grew up in Southern California.)

Rooting for the name on the front of the uniform, not the back, is more appropriate than ever.

Plenty of teams have used the transfer portal to upgrade their roster. Nobody has done it quite like USC — at least, nobody in the Pac-12.

Coach Lincoln Riley has brought in an entirely new set of skill-position players with Dye and Austin Jones (Stanford) as the tailbacks and Mario Williams (Oklahoma) and Brenden Rice (Colorado) as the receivers.

The Trojans also are a finalist for the No. 1 quarterback in the transfer portal: Oklahoma’s Caleb Williams, who is reportedly deciding between USC and LSU.

We aren’t prepared to declare them the frontrunner in the South. Utah possesses the best lineup, has the greatest continuity and maximizes its talent better than any program in the conference.

But if the Trojans land Williams and add a few pieces on defense — more than a few, actually — they should be considered the division co-favorite.

At the very least, USC will have returned to relevance with speed made possible only by the transfer portal.

And if the Trojans emerge as a contender in Riley’s first season, the compounding power of momentum will make the program that much more desirable next winter.

Another week, another contract extension.

Six days after UCLA announced Chip Kelly had agreed to terms through the 2025 season, Cal did the same with Justin Wilcox — only his deal runs through ’27.

With all the the COVID insanity Wilcox has encountered, courtesy of both Berkeley Public Health and Cal’s own University Health Services, he deserves a lifetime deal. But six more years will have to suffice.

The salary was not disclosed and is secondary to the resource piece. Without an enhanced commitment from campus, in the form of coaching staff salaries, NIL opportunities and academic support to help navigate the transfer portal (for graduate and undergrads), the Bears won’t consistently compete for a spot in the upper half of the North.

As we have opined many times, no coaching job in the conference has more internal obstacles than Cal.

Wilcox is the right coach for the program — the Bears surely won’t do any better — but he cannot make headway without next-level support from the university.

We are curious to see the total funds allocated for the coaching staff once that becomes available.

Pac-12 commissioner George Kliavkoff was a guest on the ‘Paul Finebaum Show’ on Friday — it airs on the SEC Network and ESPN radio — and offered a blunt assessment of the status of playoff expansion.

In fact, Kliavkoff was fairly critical of the process that led to the current impasse, particularly the decision to publicly release a 12-team format last summer before it had been approved by all the conferences.

If you’ll recall, the commissioners of the SEC, Big 12 and Mountain West, along with Notre Dame’s athletic director, spent two years crafting the model, which they unveiled in June to great fanfare. Except seven of the 11 voting members, including the Pac-12 and Big Ten, had not reviewed or signed off on the proposal.

“The fans were misled,” Kliavkoff told Finebaum. “They were basically shown a format in June that didn’t have the approval of all the people that needed to approve it.

“It misled the fans, and it misled the media. I hope we don’t ever do that again. It was a self-inflicted wound.”

Kliavkoff added that he’s increasingly concerned the commissioners won’t agree on an expansion model before the end of the current contract cycle, which runs through the 2025 season.

Support the Hotline: Receive three months of unlimited access for just 99 cents. Yep, that’s 99 cents for 90 days, with the option to cancel anytime. Details are here, and thanks for your support.

Valerie Bertinelli on Eddie Van Halen's 'Visit' to Her After His Death: 'I Know the Way That Sounds'