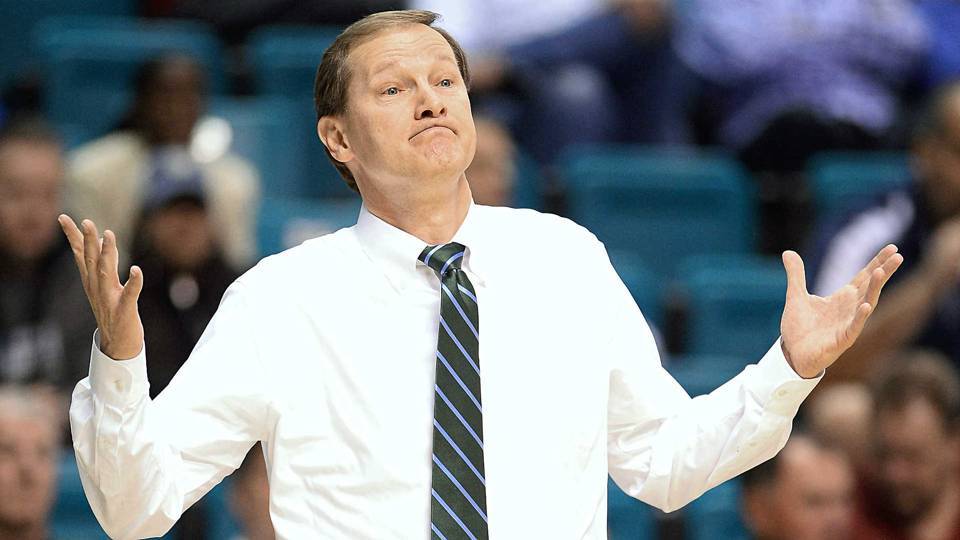 Big things were expected of Pac-12 basketball this season with so many top players returning and so many elite recruits arriving.

This was to be the season the conference finally vaulted back onto the top tier.

That it finally looked more like the ACC and the Big Ten than the Mountain West and the Atlantic 10.

That it finally found the sweet spot, where a strong top and stout middle would produce the desired quantity and quality of NCAA Tournament seeds.

So far, the non-conference results don’t suggest a postseason bonanza is forthcoming.

Because of COVID disruptions, the Pac-12 has experienced precious few chances to claim narrative-changing victories.

When given the opportunity, however, the conference has fallen flat.

(Yes, one of the Pac-12’s four victories over Power Six opponents was, um, against itself. But hey, the result counts for the Beavers nonetheless.)

Compounding the problem is a lack of upcoming opportunities.

In other words, those are must wins.

To the power ratings …

Last week: 1
Results: Won at Cal 70-62
Next up: vs. San Diego State (Thursday)
Comment: Is this where we mention the MW has a better record against Power Six and ranked opponents than the Pac-12? Because we don’t have to mention it if the above data has been too depressing.

Last week: 3
Results: Beat North Carolina A&T 78-46
Next up: at USC (Sunday)
Comment: Banished by Santa Clara County, the Cardinal has been hanging out in North Carolina but will head to Los Angeles for the conference opener.

Last week: 2
Results: Beat Seton Hall 83-70 and Eastern Washington 69-52
Next up: vs. Florida A&M (Wednesday)
Comment: If we attribute the Missouri loss to opening-game disconnect, then the Ducks are mirroring the expectations of a good team that might not be elite.

Last week: 4
Results: Beat Cal 76-56
Next up: vs. San Diego (Wednesday)
Comment: This will be the season-opener for the Toreros after three cancellations.

Last week: 5
Results: Beat Washington 76-62 and Idaho State 75-59
Next up: at Brigham Young (Saturday)
Comment: If the Utes get half the production from guard Alfonzo Plummer on a regular basis that they received in the opener (21 points), they’re well set for the conference race.

Last week: 7
Results: Lost to Tennessee 56-47
Next up: vs. Northern Colorado (Monday)
Comment: The Buffaloes missed both their early-window conference games (Arizona and Washington State), with no makeup dates announced yet.

Last week: 6
Results: Lost to Connecticut 61-58, beat UC Irvine 91-56
Next up: vs. Stanford (Sunday)
Comment: Warning: Erratic play ahead with so many new pieces.

Last week: 8
Results: Beat Eastern Washington 70-67 and NAU 96-53
Next up: vs. CSU Bakersfield (Wednesday)
Comment: Better to narrowly beat EWU than to not play at all. Wildcats now at three games played and three postponed/canceled.

Last week: 9
Results: Lost at Washington State 59-55 and to Wyoming 76-73
Next up: vs. Portland (Thursday)
Comment: We saw the formula for trouble in Pullman, where Ethan Thompson was 3-of-11 from the field and nobody else could haul the Beavers to victory.

Last week: 11
Results: Lost to ASU 70-62 and UCLA 76-56
Next up: at Pepperdine (Wednesday)
Comment: On the bright side: The Bears were at least able to play both early-window conference games.

Last week: 12
Results: Lost at Utah 76-62
Next up: vs. Seattle (Wednesday)
Comment: It’s tough to go winless in conference play. UW might make it look easy.

Support the Hotline: Several Hotline articles will remain free each month (as will the newsletter), but for access to all content, you’ll need to subscribe. I’ve secured a rate of $1 per week for a full year or just 99 cents for the first month, with the option to cancel anytime. Click here. And thanks for your loyalty.

Connelly: Week 14 was wild, and what teams are the biggest underachievers?
World News