Home » Sport » O'Sullivan will spend Christmas Day at a food bank: 'All you can do is your bit' 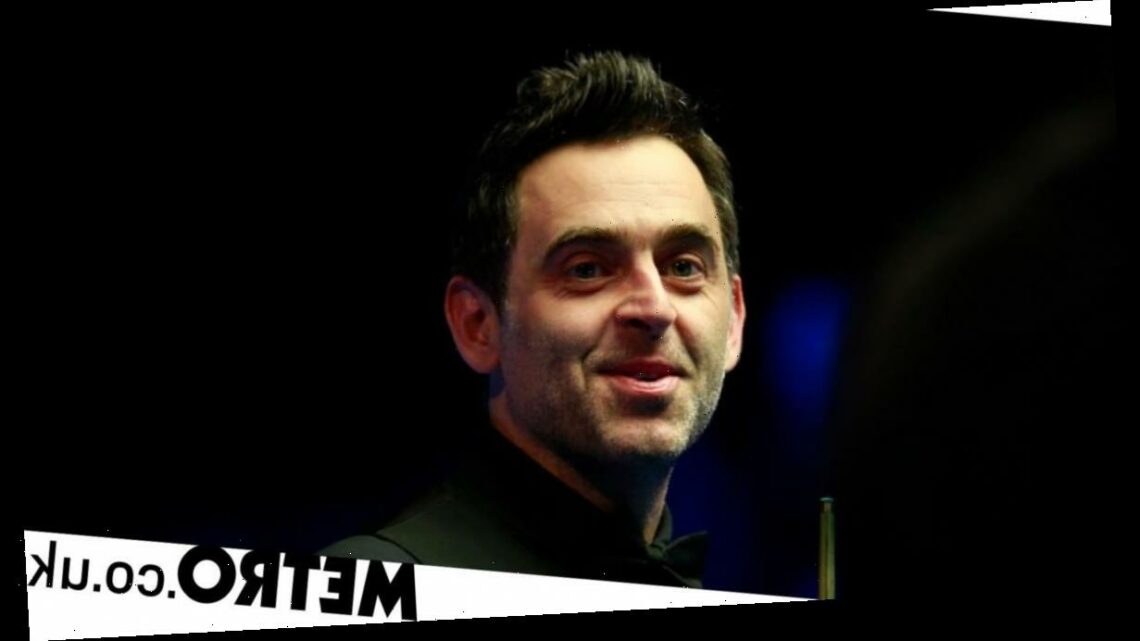 O'Sullivan will spend Christmas Day at a food bank: 'All you can do is your bit'

Ronnie O’Sullivan is spending the festive period helping out with charity work, visiting a food bank on Christmas Day and making deliveries in the build up to 25 December.

The Rocket has had a busy schedule on the snooker table since winning his sixth World Championship title in the summer, competing in almost every event this season and reaching the finals of the Northern Ireland and Scottish Opens.

It is a rare couple of weeks off for the world champ but he is not putting his feet up during the rest period and will be helping out some friends in their charity endeavours.

It’s not the first time O’Sullivan has been involved with charity work, but he has felt all the more encouraged to do so thanks to the pandemic and the uncertainty of lockdown this year.

Regularly a Labour voter over the years, O’Sullivan would not be drawn on his opinion of the current Government, but feels the confusion this year has encouraged him to turn his attention to personal, local issues that he can impact himself.

‘Christmas Day we’re going to be doing a food bank with my friend, handing out food, later on today [Tuesday] I’m going to help a friend doing deliveries to people that ain’t got food.

‘I think all you can do is do your bit and stay true to what you can do. Whatever goes on goes on in the political system.

‘I don’t know, mate, I just like to keep my head down and focus on what I can do. Hopefully they have a ripple effect. Like today, if I can change one or two people’s lives, just make them a bit better by taking them some food they wouldn’t normally have, then that’s great.

‘On Christmas Day, if 50-100 people are eating, having a nice day and I’ve had a little impact there, then great.’

O’Sullivan knows he has been more fortunate than many this year, continuing to play snooker as and when he wants but also having time to rediscover his love of running and getting his trainers on much more regularly than he has been.

While the World Championship is the only silverware he has lifted in 2020, it is the richest prize in the game and he feels that his fitness has helped his snooker.

‘Lockdown’s been alright for me, to be honest. I’ve really just got stuck into my running, so it’s been a massive positive for me,’ he explained.

‘I forgot how much I used to love running, competing in races. It’s allowed me to get back into training. Even in Milton Keynes over the last three months, I had a really good training group in Tring, running seven, eight, nine miles every day, so I was getting really fit.

‘Even when I would come back from Milton Keynes and I’d have four or five days indoors, I just felt like I couldn’t do it, just four days! If you had two or three months, you can get institutionalised after a while, you get used to not going out so you don’t go out. Whereas I’m quite an active person so I find if I break that routine up I’ll struggle. So wherever I go I try and keep that up.

‘The foundations, the principles of my life haven’t changed much, I like to keep fit, get up early, get my work done, I like to have routine. If you have a good routine it leads to positives and being the best you can be.’

Snooker will never be a sport that requires physical fitness for success, but it certainly helps, even if they are small, incremental gains.

‘I’ve always felt better if I feel fit and healthy,’ said Ronnie. ‘Even if it’s just putting clothes on, putting a suit on, if you feel in good shape, everything feels snug, you feel better about yourself.

‘If you’re carrying a few extra pounds, the waistcoat is a struggle, the trousers are tight round the waist, that can chip away at your confidence a little bit. If you do a lot of things that make you feel good about yourself, you’re likely to play a bit better or at least feel better.’

The six-time world champion came up short at the weekend’s BBC Sports Personality of the Year Awards, not making the top three which was made up of Lewis Hamilton, Jordan Henderson and Hollie Doyle.

The Rocket didn’t attend the ceremony, and while he admits part of him would have liked to have claimed the prize, he is not exactly fussed and is glad he didn’t bother making the trip.

‘No, not really,’ said Ronnie when asked if he was bothered about losing out. ‘Obviously I had a slight interest [in winning] you never know, I might have got lucky,

‘But yeah it was good fun, it was fun to be part of, you know. I quite enjoyed having the team of people come to where I was staying.

‘It’s really hard because I only get so much time and I’m a real nightmare for being selfish in what I want to do and how I spend my time.

‘I never go to awards, I don’t really want to. I’d go to a charity bash, if it’s for a good cause, but not awards, I’d have to take my whole day out, no running, no practice, no work.

‘I’ve got no interest, really, to go and sit in a room full of other sports people. Listen, it’s great that they won and got their awards but I’ve never really bought into that sort of stuff. I’m glad I didn’t go, really. I’ve been invited for the last 28 years and I haven’t gone once so I didn’t see why I should change that.’

O’Sullivan may not be overly fussed about awards ceremonies, but he didn’t go as far as Tyson Fury in asking to be removed from the shortlist for SPOTY.

The world heavyweight champion claimed he did not need an award to tell him who he was or validate his achievements.

The Rocket sees where the Gypsy King is coming from, though, saying: ‘Tyson’s his own person. I’d never knock anyone, I think as a sportsman he’s fantastic, what he’s done is brilliant.

‘He’s got his own reasons why he wanted to do it. I understand where he’s coming from. He’s got a very, very good fanbase of people that love him for what he is.

‘People have supported him and he feels a loyalty towards them and he feels like he didn’t want them type of accolades. He gets more of a buzz out of supporting people from a mental health background and be a motivational person, so I get where he’s coming from.’

Fury and O’Sullivan may well appeal to a similar kind of crowd, with their happiness to do and say what they want rather than worry about how it may look or sound.

When parallels between the pair were put to the Rocket, he felt that there has been no better example of people being drawn to the outspoken than in America in recent years.

‘I’ve never really thought of it really,’ Ronnie said of his comparison to Tyson. ‘But if you look at it with Donald Trump and [Joe] Biden. Donald Trump still had 75 million people that liked his ways, that wanted to support him.

‘I suppose if you look at it, it’s what camp you’re in, there always seems to be two camps. It’s just where your personality fits.

‘You always have some people who like the straight-laced, don’t put a foot wrong. Then the other camp thinks, “you know what, that’s not real, they’re not saying what they really want to say.”

‘They probably find it a bit refreshing when someone else comes along and says what everybody’s thinking, if you like. It can be refreshing.

‘I think I’ve kind of learned to keep my mouth shut and stick to my core values and don’t be bothered what other people are up to. Understand that there are going to be polarised views and just accept that and I don’t try and force my views on anyone.

‘I don’t do social media, I don’t look at comments, I just build my own little moat, my own little castle and just try not to display everything out there. Sometimes it’s good to keep things a bit closer to you rather than letting it out so much.’