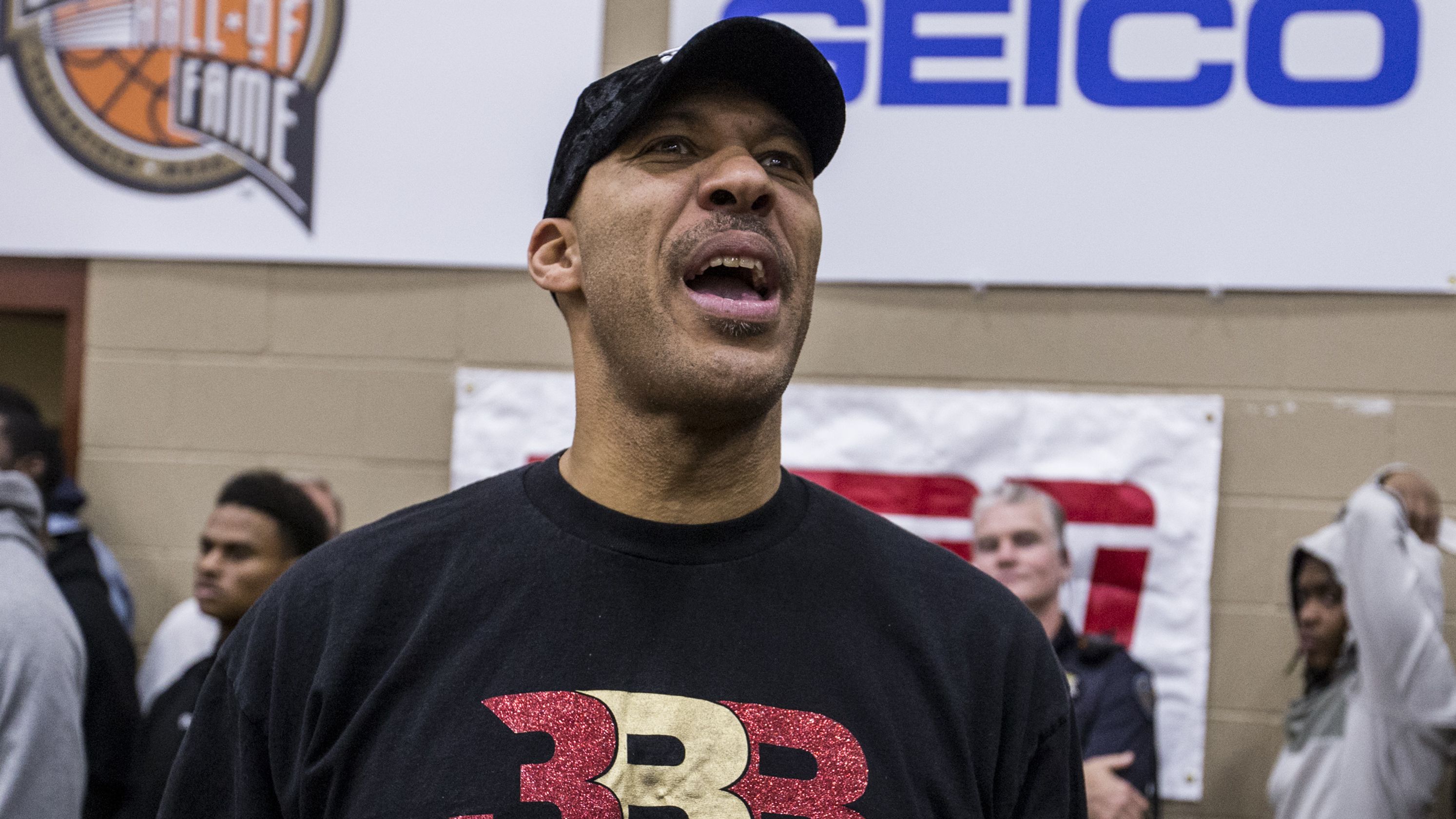 Opinion: These sports personalities should attempt a more peaceful 2019

The past year was another interesting one for several outspoken sports personalities, and if they don't want to end up on Santa's naughty list in 2019, they might be wise to keep a lower profile. Here are the larger-than-life figures who could use a few more silent nights in 2019.

Ball was surprisingly tame – by LaVar Ball standards – for most of 2018, especially after LeBron James joined Ball's son Lonzo on the Lakers. Don’t expect the same for 2019. His youngest son, LaMelo, could be playing in college in 2019. If LaMelo’s time as a student-athlete is anything like his older brother’s at UCLA, their father will be making plenty of headlines, overshadowing and speaking for his son instead of letting his game do the talking.

The Redskins claimed Reuben Foster three days after he was arrested on a domestic battery charge, the second alleged incident with a former girlfriend who recanted the previous claim earlier this year.

Dan Snyder and the Redskins were the only ones to claim the controversial defender. Coach Jay Gruden said he understands it will be a process with Foster and the team wants “to find out what happened. … We want to let the process play out and get to the bottom of it.” That all sounds great, except for the fact that the Redskins never contacted Tampa police about his latest incident … and still claimed him anyway.

Let's not forget that four years ago, Snyder issued a statement praising Roger Goodell’s stiff punishment for Ray Rice, who was caught on video beating his then-fiancée, now wife.

Cowboys owner Jerry Jones said there should be "zero tolerance for domestic abuse" in the wake of the Foster claim and the video of former Chiefs RB Kareem Hunt assaulting a woman. (Hunt was placed on the commissioner's exempt list and released after the video came out.) Jones is absolutely right, and at the same time disingenuous and contradicting. This is the same man who vouched for Greg Hardy, who had a history of alleged domestic violence, then signed him and called him a “leader.” This is the same man who attacked Goodell when he suspended Cowboys RB Ezekiel Elliott for six games in 2017 over domestic violence allegations.

Michael Jordan’s resume is nearly untouchable, with a 6-0 NBA Finals record and five MVPs. LeBron James is the better all-around player and has played for more titles (nine) than Jordan with less help. In reality, it’s dumb to even compare the two. They aren’t the same style of player, and today’s NBA is a completely different game from that of 30 years ago when "His Airness" was taking off from the foul line. Instead of trashing one to build up the other, let’s just enjoy these once-in-a-generation talents.

Who wants to start a GoFundMe to get Mike Tirico and Jon Gruden back in the booth?  It's pretty clear this crew just isn’t working. Maybe the trio of Joe Tessitore, Jason Witten and Booger McFarland will take a look at the tape and improve in 2019, but they’ll need to pull a rabbit out of their head to do so.

After a weird back-and-forth over the last month, Mayweather will, in fact, fight again on New Year's Eve in Japan with kickboxing star Tenshin Nasukawa in a three-round exhibition match. “Sign me up!” said no one. As soon as the clock strikes midnight, it would be great if Mayweather could stop making headlines in an attempt to stay relevant and in the public eye.

At this point, McGregor is becoming more famous for his antics. In October, McGregor was suspended by the Nevada State Athletic Commission for his role in a brawl after losing to Khabib Nurmagomedov. His punishments will be handed down in January. McGregor’s longtime trainer said he’d need to be convinced to work with him again, and the fighter we saw lose to Khabib was far different from The Notorious fighter of years past.

McGregor has made plenty of money through endorsements, his own Irish whiskey and a clothing deal — and he has a second child on the way. He’s got plenty to keep him busy outside the octagon.

Call him reckless or flat-out dirty, but Green can’t seem to get out of his own way, and his passion comes at a price. Had it not been for his flagrant fouls and questionable kicks in the 2016 playoffs — paired with a Herculean effort from LeBron James — the Warriors might be chasing their fifth consecutive title this season.

Green's latest drama came in a November argument with Kevin Durant at the end of a game that prompted a one-game suspension. Dynasties are always exciting, and the Warriors' could last awhile  … unless Green has something to say about it.

Pitino was fired as Louisville's basketball coach in September after an FBI investigation alleged that several coaches had been part of a scheme to pay families of recruits. So after 46 years as a coach, he announced on ESPN's "Get Up" that month that he was retiring.

After that, Pitino joined Twitter to promote his podcast, and guess what? It didn’t go well. Last week, news broke that Pitino had reached an agreement to coach Greek basketball power Panathinaikos. Save yourself from the trolls, Coach, and ride off into the sunset with your two … excuse me … one national title.

Is it really that hard NOT to take cheap shots and go head-hunting on the ice? The Washington Capitals' power forward has been suspended four times since the 2017-18 preseason. He has proven to be a valuable contributor when he's focused on his game.