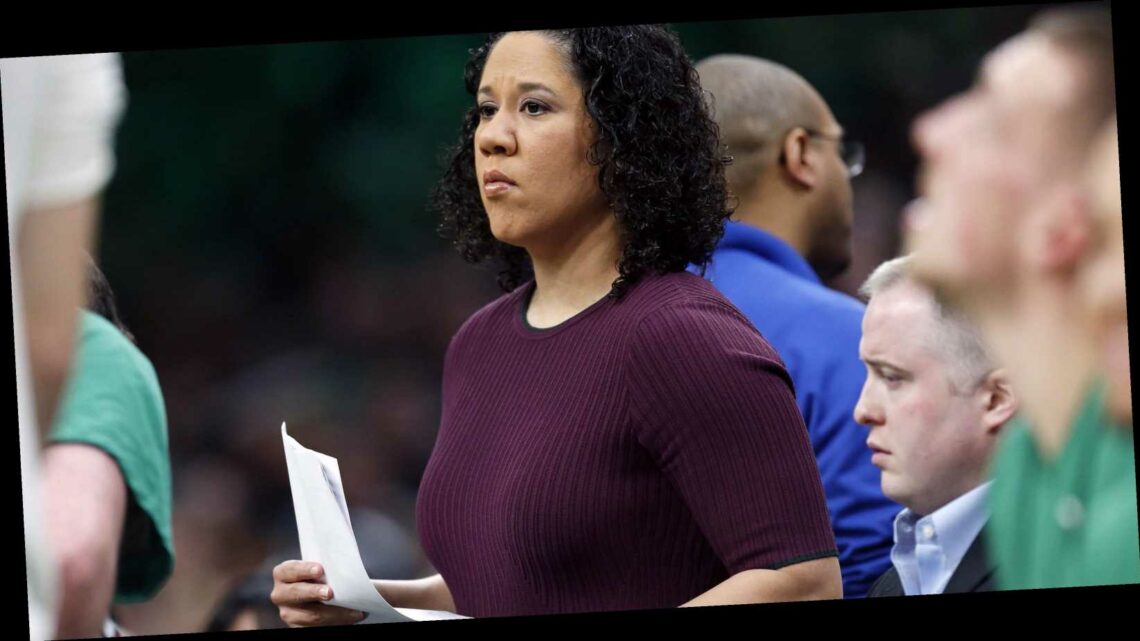 Something awe-inspiring but rather strange happened over the holiday weekend at Duke. The Blue Devil women’s basketball players decided they were done listening to the big-time college sports leaders who want student-athletes to keep playing sports during the pandemic. They were done acting as guinea pigs. They were done serving as our unpaid COVID-19 entertainment.

"The student-athletes on the Duke women’s basketball team have made the difficult decision to conclude their current season due to safety concerns,” said Michael Schoenfeld, who also is the school’s vice president for public affairs and government relations. “We support their decision, as we have supported the choices made by all student-athletes at Duke during this unprecedented time. Duke will maintain our current schedule of competition in other sports and will continue to observe our rigorous health and safety protocols, which include daily testing for all student-athletes and are based on guidance from leading medical experts.”

Kara Lawson was hired by Duke as women's basketball coach after working as an assistant coach with the Boston Celtics. (Photo: The Associated Press)

That’s all well and good, but the only person anyone really wanted to hear from that day, or in the days that have followed, is the head coach, Kara Lawson. She’s not just any old coach. Lawson is a rock star, an Olympic gold medalist, former WNBA all-star and ESPN and Washington Wizards analyst who was an assistant coach for the Boston Celtics before returning to the women’s game this year to coach Duke.

She hasn’t said a word publicly since. In fact, she has disappeared completely from view. Her cell phone doesn’t ring; rather, a recording announces: “The person you are trying to reach is not accepting calls at this time. Please try your call again later.”

This is weird. Lawson, who has been a member of the media for years, is off the grid at the exact moment we would most like to hear what she has to say. Word at Duke is she might be with family, while school officials have nothing else to say on the record about any of this.

We know they “support” the players’ decision. So why not hold a news conference to say how proud they are of their student-athletes for taking matters into their own hands? Why not produce Lawson as a shining example of a coach doing the right thing by her players? And why not produce the student-athletes themselves, who did what we can only imagine so many other beleaguered and isolated athletes would love to do and end this ridiculous charade of trying to play their sport during the pandemic?

Perhaps Duke doesn’t want to ruffle any ACC feathers as the rest of the league plays on. Perhaps Duke doesn’t want to be, well, Duke, so the less attention on their student-athletes’ intelligent decision the better. But in taking control of their lives, and their health, and their responsibility to their community, these athletes should be celebrated. Instead, there is only silence.

It turns out that the Louisville game was the last one Duke played, finishing with a 3-1 record. Two days later, Louisville announced it was pausing team activities because of positive COVID tests. The next day, the ACC postponed Duke’s game with Miami because the Blue Devils were going through contact tracing procedures after playing Louisville. Four days later, on Dec. 16, Duke paused team activities when two staff members tested positive, and one of the players later tested positive as well, according to the Raleigh News & Observer.

Since the decision to end the season, information has been scarce and sporadic. The mother of a Duke player told Raleigh-Durham television station WTVD that she’s proud of what the team did.

"When they were talking to me about COVID they were talking about a social responsibility for your country, for other players," said Michelle Goodchild, the mother of junior guard Miela Goodchild. "They aren't just looking at the student-athletes. They've got a bigger vision. They're looking at how to protect Durham, the greater Duke community and beyond.”

“I’m amazed at people,” she wrote. “To clarify…we together as a team, decided to opt out of our season. We are in a pandemic STILL because not enough people are taking it serious. Basketball players are not just entertainment. There shouldn’t be casual attitudes about COVID now a year in.”

One would hope that big-time college sports officials would have the courage to say such things. Since they don’t, we’re fortunate to have the 18-to-22-year-olds to do it for them.