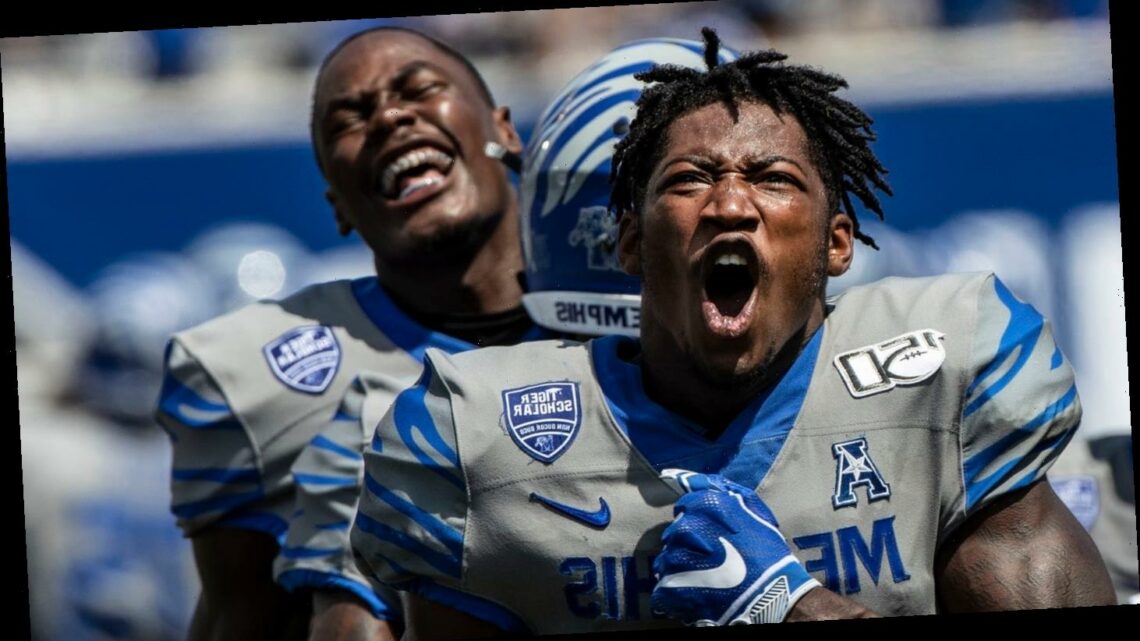 Opinion: After crazy six-month journey, college football kicks off this weekend amid anxiety and relief

For Rick Hart, the athletics director at SMU, the tension of Thursday morning is part of his new normal. Despite odds that at one point seemed fairly significant against playing this season, the football program Hart oversees is kicking off its season this weekend against Texas State.

But in the world of COVID-19, Thursday is every bit as crucial as Saturday. That’s when the results of the polymerase chain reaction (PCR) tests for coronavirus come in, which will determine whether or not SMU can play.

In a weird way, this week’s tests have a little different meaning for the handful of programs that are opening the season. After an exhausting six-month journey that has tested people’s capacity to adapt and driven an ideological wedge into the middle of a sport based on unclear medical information and capacity for risk, SMU at least is going to kick off.

“I still won't let myself say it out loud,” Hart said. “But this morning when I got news of the results of our Wednesday tests, I felt for the first time fairly certain that we were going to play football. And it felt awesome.”

But college football’s return this weekend isn’t purely cause for celebration. It’s more like the fleeting relief of navigating a hairpin turn on an icy mountain pass, knowing there are several more ahead.

The truth is, nobody really knows whether the six Football Bowl Subdivision conferences that have decided to play this fall in the middle of a pandemic are making a good decision from a health standpoint or that their efforts to get to this moment will result in a full season being played.

Likewise, it’s impossible to say for sure that the Big Ten and Pac-12, which decided not to play this fall along with the Mid-American Conference and the Mountain West, made the right call. Maybe they were overly cautious and will be looking on with regret in October and November, or perhaps they’ll look like the smartest guys in the room.

But no matter how it turns out, the fact we have actually gotten to this point with a slate of nine games this weekend and a whole bunch more next weekend is a bit surreal. That’s the word several administrators used over the past few days to describe what it feels like to actually have a football season after what everyone has gone through the past six months.

The Memphis Tigers are among a handful of college football teams playing Saturday, but the atmosphere will be vastly different because of the pandemic. (Photo: Ariel Cobbert, The Commercial Appeal)

What’s it going to look like? What will it feel like? College football isn’t supposed to be just a television show; it’s a campus party every Saturday that now will be moved into living rooms. What happens when you remove the elements that contribute as much to the vibe and the verve of the sport as the players and coaches and replace it with piped-in crowd noise?

Nobody has any clue, which contributes to the intrigue and the tension people around college athletics are feeling.

And there are still so many unanswered questions that speak directly to the point that has divided college football for months: Just because you potentially can pull this season off, does that mean it’s a good idea?

That’s the inescapable anxiety hanging over the sport as it comes back into our lives. It’s entirely reasonable to be happy to have football back and happy for those who participate in it while also being deeply concerned about what playing this fall could mean.

Mohajir acknowledged that there is nervousness within his industry but has deep conviction that his school is doing the right thing.

“I can see it in our guys’ faces; they want to do it,” Mohajir said. "We have monitored them, done extra cardio evaluations. And I truly believe based on our data and our population that I serve, our guys and women on our campus are in a better space here than if they weren’t.

“Will we have more test positive? We will. Does that mean that we can’t safely play the rest of the games? No. It just means we’re trying to mitigate as many positives as possible. We can’t mitigate 100 percent risk.”

But what makes all of this more difficult to rationalize is that everything about how to manage a football program amid COVID-19 is being made up on the fly while dealing with a virus we still don’t know a lot about.

Just this week, Penn State’s director of athletic medicine Wayne Sebastianelli told a local school board that 30 to 35 percent of athletes who tested positive for COVID-19 in the Big Ten  had developed myocarditis, inflammation of the heart muscle. That’s just one data point, but it’s an alarming one, even with schools enhancing their cardiac testing programs to detect any issue. Because the virus is so new, doctors are still figuring out the long-term effects.

So it’s not a good thing that we’ve seen on almost a weekly basis this summer teams having to shut down workouts or training camps because of outbreaks. When nearly an entire group of offensive linemen has to quarantine like it did at LSU recently, that’s not building herd immunity, it’s playing with fire.

Those were the words last month of Colleen Kraft, an infectious disease doctor and professor at Emory University’s medical school, who spoke on a conference call about college sports in which the NCAA’s own experts basically said we shouldn't be playing college football this fall.

And yet, college football is going to be played. It’s all very strange and difficult to reconcile, but it’s here — for better or worse.

“When the game’s over, there will probably be some brief relief,” Hart said. “But then focus will turn to doing it all again next week. That’s just what we’re looking at, but we didn’t know if we’d see September 3. We have and now we’re just trying to get to Sept. 4. I know I’ll never take another kickoff for granted.”