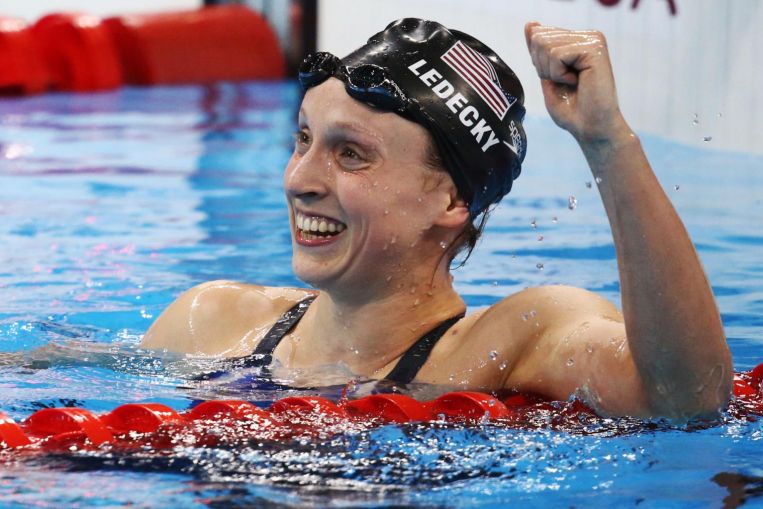 LOS ANGELES (REUTERS) – Fears that training disruptions due to the Covid-19 pandemic will lead to sub-par performances at the Tokyo Games are overblown as many athletes will emerge from lockdowns stronger than ever, five-time Olympic champion Katie Ledecky said.

Like many athletes, the 23-year-old American’s training regimen for the Games was upended when pools had to be shut down to control the spread of the virus that has claimed the lives of more than half a million people in the United States. The pandemic also led to the Olympics being delayed by a year.

At first, the resourceful star trained in a backyard swimming pool and lifted weights in her Bay Area apartment but she is now back to her normal training routine and is “in a good spot”. She is not alone.

Recent results from collegiate and international competitions revealed that there has been no drop-off in the performance of her rivals.

“I don’t think it’s going to be much weaker, if at all,” Ledecky told Reuters when asked about the level of competition she expected to face in Tokyo.

“The times are just as fast as they always have been. I think that everyone has been able to manage.

“And maybe there’s a bit of surprise in some of those results. Maybe the rest was good for some people.”

Swimming great Michael Phelps, a fellow Maryland native whom Ledecky first met when she got an autograph from him when she was six, said he did not expect any world records to fall in Tokyo due to the training disruptions.

But Ledecky was not so sure.

“I wouldn’t dare make a claim, but there has been a lot of fast swimming during this time,” she said. “I think you’ll see a couple (world records). There’s definitely that potential.”

In addition to swimming, Ledecky is passionate about shining a light on social justice issues including the plight of the estimated 80 million refugees worldwide.

The Tokyo Olympics will feature a refugee team for the second consecutive Summer Games and this one will be the largest ever.

Ledecky said she plans to advocate on behalf of those athletes and anyone displaced by war or persecution through a partnership with the Jesuit Refugee Service and the United Nations.

“They’re really facing the very worst circumstances, and we need to support them,” she said. “That’s something that I hope I can draw more attention to moving forward.”