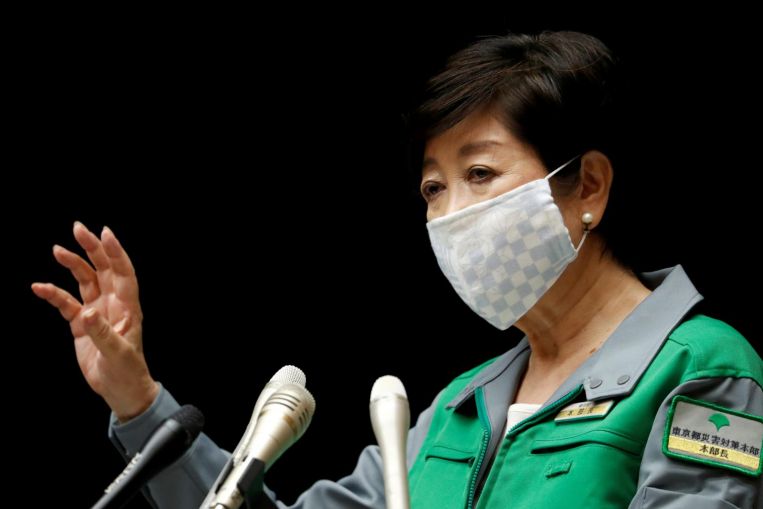 TOKYO (REUTERS) – Tokyo Governor Yuriko Koike said on Tuesday (Aug 25) that the coronavirus situation in Japan’s capital is improving and she is still intent on the city hosting the Olympics next year.

“I think the situation is much better than before,” Koike said in an interview with Reuters Television.

“We will do our best to prevent coronavirus infections here in Japan and also to welcome the athletes from all over the world.”

She said last month that Tokyo could declare a state of emergency if the coronavirus situation deteriorated.

Daily cases had soared past 400 a day amid increased testing.

New cases have trended lower in the past week, and were at 187 in Tokyo on Tuesday.

Koike said Tokyo has established many concrete measures to combat contagion, but the arrival and distribution of effective vaccines is an “essential factor” that still has to be determined before the Games can go on.

A former TV announcer, Koike was Japan’s first female defence minister and the first woman to run, albeit unsuccessfully, for leader of the ruling Liberal Democratic Party.

She has at times clashed with Prime Minister Shinzo Abe on how to tackle the epidemic.

She has urged citizens to limit contact and movement while Abe’s administration pushed a domestic travel campaign aimed at propping up regional economies.

Abe’s recent visits to hospital have raised concern about whether he will be able to stay on as leader.

He plans to hold a news conference on his health as soon as this week, domestic media reported.

Koike said she hoped Abe is “in good shape”, and praised his efforts to secure the Games for Japan.