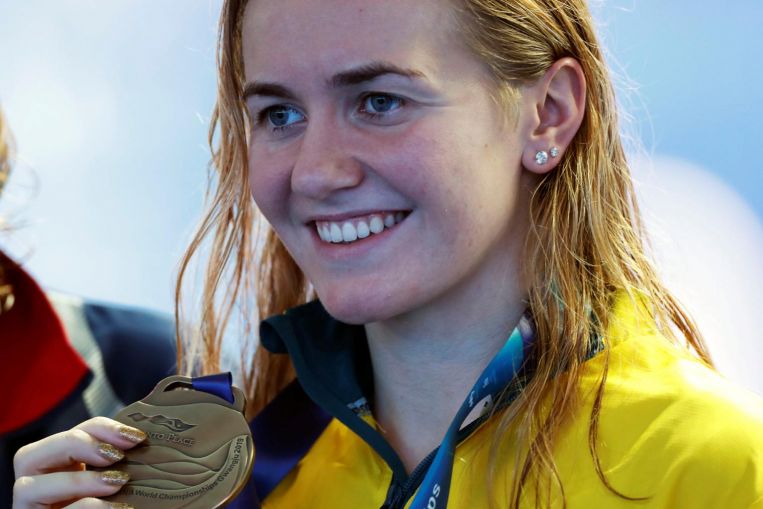 ADELAIDE (REUTERS) – It has been some turnaround.

For a young woman who came into this week’s Australian Olympic swimming trials plagued by questions about a lingering shoulder injury, freestyle specialist Ariarne Titmus has not only blown away the cobwebs but blown away any shred of doubt that she will be a major force at next month’s Tokyo Games.

The overriding feeling at the South Australia Aquatic Centre is that this has been the best domestic Olympic trials for 20 years and Titmus, 20, is prima facie evidence of why Australia can anticipate a substantial medal surge in Tokyo.

It has not just been the physical manner in which the Tasmania-born athlete has destroyed the 200 metres, 400m and 800m freestyle fields in Adelaide this week. She also comes with a strident mental resolve and is very much the real deal.

American Katie Ledecky – who won gold in Rio in Titmus’ three favoured events – stands in her way in Tokyo but such is the confidence and thrust of youth that the Australian is undeterred.

“Well, she’s not going to have it all her own way I guess,” said Titmus after swimming the second-fastest 400m freestyle ever on Sunday. “I can’t control what she does, I can only control myself and If I do the best I can and put myself in that position to win a gold medal, it (400m freestyle) is going to be some race.

“(Ledecky’s) world record is outstanding and to be close to that, so close to the Olympics, I’m very excited. I can’t believe I just edged that.”

Her relationship with Ledecky, four years her senior, is healthy she says. They “will leave everything in the pool”.

It is instructive that on Thursday night, when the Australian Olympic team was announced, seven swimmers were put up to face the media. The old guard, Rio medallists Cate Campbell and Mitch Larkin were present but so too were the youngsters Kaylee McKeown and Titmus, who have a calmness outside the water to match their sporting endeavours.

Pressure in Tokyo will not be an issue, Titmus said.

“I am ready to handle it, with all the changes all year I am pretty good at putting my mind on the job.”

Belief in Titmus runs deep in the Australia camp, from her flamboyant coach, Dean Boxall, to perhaps the team’s most iconic athlete, the much medalled Campbell.

“Young people always inspire me with their energy and passion and love for the sport, it reminds me why I do it,” said Campbell of Titmus and fellow newcomer McKeown, who broke the world 100m backstroke record on day two of the trials.

Indeed, the communal Australian backing of each athlete and finding encouragement within the team is a stand-out. Training daily with men’s 400m freestyle specialist Elijah Winnington, another genuine gold-medal hope in Tokyo, is inspiring, Titmus said.

Unlike Swimming Australia’s conservative management, she does not hold back on her colleagues’ medal chances next month.

“After Kaylee (on Sunday), I think that’s the (100m) backstroke gone and I think we have chances in a lot of events. I think the Olympics are not going to be all America’s way, other countries will be coming through and I think we are in the mix. We have a pretty strong team,” she insisted.