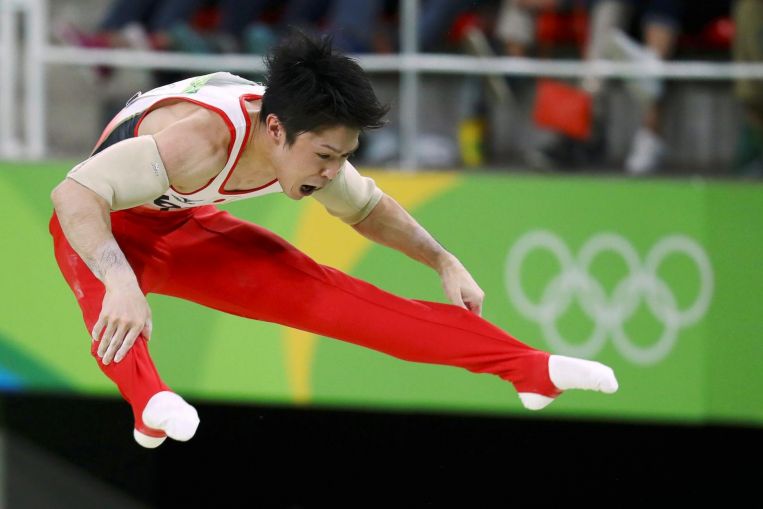 TOKYO (Reuters) – Japanese gymnast Kohei Uchimura has tested positive for Covid-19 ten days before he was due to take part in an international meet seen as a major test of Tokyo’s capacity to hold events ahead of next year’s Olympics, organisers announced on Thursday.

The meet is set to be the first international event to be held at a Tokyo Olympic venue since the Games were postponed in March due to the new coronavirus pandemic.

Organisers said it was unclear whether Uchimura, who is a three-time Olympic gold medallist, will be pulling out of the Nov 8 meet that will also feature athletes from China, Russia and the United States. However, the event is still scheduled to be held as planned.

Despite a lengthy recent injury record, 31-year-old Uchimura was set to be the main attraction for the 2,000 fans allowed to watch the event at Yoyogi National Gymnasium.

The president of the Federation Internationale de Gymnastique (FIG), Morinari Watanabe, told reporters during an online news conference on Thursday that Uchimura was asymptomatic.

“He is in a very stable condition,” Watanabe said, adding that Uchimura was resting in his room at the national training centre where the team has been staying for a week and would be monitored for the next six days. He will be re-tested on Nov 4 and 5 and could still take part if both tests are negative.

Watanabe added that all the other members of the Japanese team have so far tested negative but would be tested again on Friday, along with other staff members, adding that it was unknown if Uchimura had become infected in the centre or prior to entering.

He also said that the event, the Friendship and Solidarity Competition at the Yoyogi National Gymnasium, would go ahead even if the Japanese team had to withdraw and that all the international athletes had so far tested negative.

“At this point it’s just Uchimura. If we find out it’s spread through the rest of the team, at that point they might pull out,” he said.

“All the other teams have been isolated in their countries – don’t put these two issues together,” he added, in explaining how the meet might still go ahead.

The other athletes are set to arrive on Nov 4 and 5 under strict rules including moving only between practices, the event venue and their hotel, which they are forbidden to leave otherwise.

In an interview with Reuters earlier this week, Watanabe said he hoped this meet would open the door towards holding a successful Olympics next year.

Japan has not suffered the same sort of surge in Covid-19 cases being marked in Europe and the United States, with only 221 new cases reported in Tokyo on Thursday.

Sign up for our daily updates here and get the latest news delivered to your inbox.

Get The Straits Times app and receive breaking news alerts and more. Download from the Apple App Store or Google Play Store now.