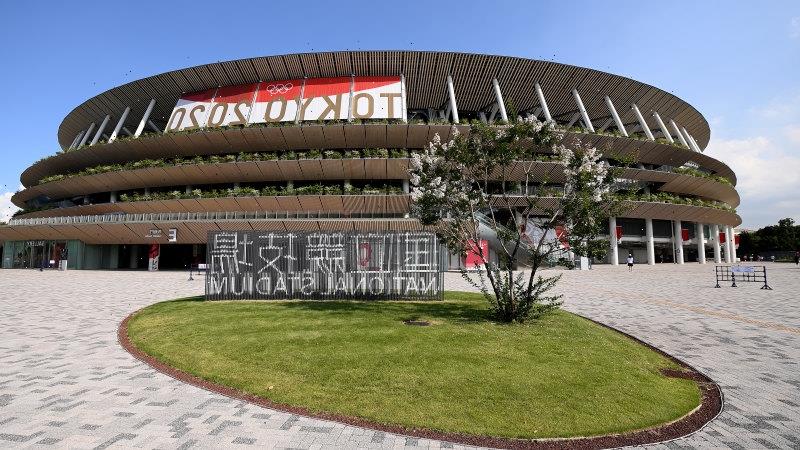 Unfolding under a State of Emergency, after a year’s pandemic-related postponement, the Tokyo 2020 Olympics are a Games like no other. Yet, when it comes to displacing the residents of host cities, these Olympics are very much business as usual.

In total, 300 Tokyo households were relocated to make way for the Games, including some who, in a hideous twist of fate, had also been displaced for the 1964 Tokyo Olympics.

Twice-displaced Tokyo resident Kohei Jinno was evicted in 2013 at age 80, when his home was destroyed for the National Olympic Stadium rebuild. Relocation cost him dearly; now 87, Jinno told Reuters that losing the home he’d lived in longer than any other filled him with great sadness. 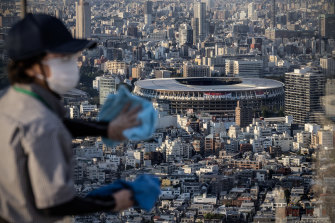 A cleaner wipes a window overlooking the Tokyo Olympic stadium on Shibuya Sky Deck. Home and homeless relocations appear to be a permanent feature of Olympic Games.Credit:Getty Images

“Had it not been for the Olympics, my life would have been so different.” Distressingly, Olympic-induced displacement is not some anomalous event. Indeed, the stories of residents like Jinno are only a footnote in the latest chapter of a much larger Olympic story. In the last 50 years, more than 2 million people have lost their homes due to the gentrification and remodelling of cities for sport’s largest mega event.

For governments of host cities and nations, the Olympics present a once-in-a-generation opportunity to increase their prestige and international exposure. Particularly in the decades since the highly profitable 1984 Los Angeles Olympics, politicians and business elites have seized upon the Games’ potential to act as catalysts for development and the strengthening of the infrastructure, image and even the cultural capital of the host city.

Transforming a city for a global event to welcome swarms of media and tourists requires major urban upheaval, including building facilities, expanding transport networks and upgrading infrastructure. Communities perceived as run-down or inconsistent with the image of a modern, progressive, international city are selected for rejuvenation or destruction, bearing the brunt of Olympic development projects. 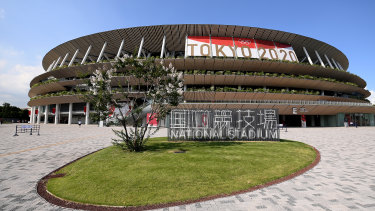 Urban renewal: the Tokyo Stadium prior to the Opening Ceremony of the Games last week.Credit:Getty Images

The rewards of such urban renewal have been rarely shared equally. Disproportionately, those targeted for displacement have been poor, minorities or otherwise vulnerable populations. Even after the Olympics is over, these development efforts have fed gentrification and rapidly rising property and rental prices, which have driven people in lower-income brackets out of cities in mass second-wave displacements.

In the run-up to 1984 Los Angeles Olympics, for example, authorities viewed the city’s sizable, unhoused community as a nuisance and public eyesore. Homelessness was criminalised, with police striving to drive the unhoused even further to the margins, far from the gaze of visiting Olympic tourists. According to Police Captain Billy Wedgeworth, who participated in such efforts, police were hoping to “sanitise the area”. Those were considered a success. But, they also helped militarise the Los Angeles Police Department and accelerated the arrests and incarceration of African American men.

The Olympics have also exacerbated authoritarian tendencies in state leaders, eager to stage the Games with minimal dissent or disorder. When the International Olympic Committee awarded the 1988 Games to Seoul in 1981, Chun Doo-Hwan, the South Korean president and despot, was busy bending the nation to his will. Chun and key ally Roh Tae-woo (who would later head the Seoul Olympic Organising Committee and become South Korea’s first democratically elected president) oversaw the displacement of residents living in the path of Olympic-transformation. Although part of a longer redevelopment process, the Olympics rapidly accelerated the urban renewal of Seoul. In the five years preceding the Games, 48,000 houses were destroyed, displacing around 720,000 people.

With a long and ambitious list of Olympic development projects and beautification schemes to complete, the regime hired local gangsters to staff “Private Security” forces, intimidating those selected for displacement with physical and sexual violence. Already abandoned homes were demolished to prevent re-occupation, creating hazardous living conditions for those who remained. Individuals deemed “vagrants,” including children, were sent to facilities like the infamous Brothers Home, where they were subjected to enslaved labour, rape and murder.

Back in the United States, Atlanta’s application to host the 1996 Games invoked the city’s proud role in the American civil rights movement, promising a Games legacy that would be shared by all residents. The inclusive, compassionate, human rights rhetoric, however, quickly gave way to elitist housing policies and practices that exacerbated existing inequalities.

Two years after the troubles in Seoul, the Atlanta City Council announced a scheme to redevelop the city’s Techwood Homes community to make way for the Olympics. Techwood was one of the nation’s oldest examples of publicly subsidised housing, but the new replacement townhouses could only house a fraction of the former residents, due partly to the substantial reduction of publicly subsidised options. The community was shattered. Of the 4000 people who lived in Techwood, only 78 were able to return post-Olympics. 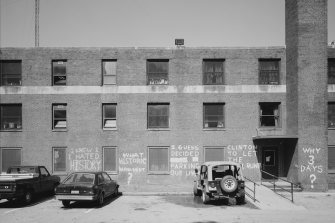 The McDaniel Dormitory, one of many building in the Techwood Homes estate, most of which was demolished as part of the Atlanta Olympics redevelopment project. Credit:Commons

Although Techwood was the largest public housing development toppled for the Olympics, it was by no means the only area of displacement. An estimated 30,000 people were displaced by Olympic-related demolition and gentrification in Atlanta. A total of about 6000 were evicted from their public housing.

Unhoused Atlantans were forcibly removed from high traffic Olympic areas, arrested and literally bussed out of the city en masse to destinations like Alabama and Florida. The message from Atlanta authorities was clear – accept a one-way bus ticket and don’t come back. It was a strategy indicative of the greater ambitions of the Atlanta authorities who were eager to present their home as the very image of a global, destination city – a place to visit, to do business and to live – as long as you fit the bill, of course.

This pattern has continued, even when the IOC has forewarning that the host government’s record is problematic. Amid protests over China’s poor human rights record, IOC President Jacques Rogge argued that the 2008 Olympics would help improve the human rights situation in the People’s Republic. Yet, by the end of the Games, more than 1.5 million Chinese citizens were displaced, along with an untold number of migrant workers who were not entitled to compensation for relocation and often left out of the official documents. Still, the Games, the most expensive Olympics to date – it’s estimated that over $US40 billion ($54 billion)was spent on Olympic projects, related infrastructure and the large-scale beautification of Beijing – served their purpose and announced the arrival of a modern China on the world stage. The IOC stood idly by.

Most recently, in 2016, we saw what activists labelled “the Exclusion Games” in Rio de Janeiro. The exact number of displaced Brazilians is difficult to determine, but estimates place the tally between 60,000 and 70,000 people. Shiny new landscapes on stunning and coveted coastlines are now often juxtaposed against nearby low-income neighbourhoods and favelas, reinforcing segregation in Rio, and underscoring just how little the Games did to improve the lives of everyday people.

The Rio Games organisers had promised a legacy of social transformation and inclusion that would boost an ailing economy, but instead the reported $US13 billion Olympic investment was squandered on short-term aesthetics with little long-term benefit for anyone other than the already wealthy and a rising middle class.

This Olympics-displacement pattern has now been replicated over the last few years in Tokyo. The benefits reaped by the IOC and host cities and their affluent citizens generate a ruthless philosophy where the ends (a successful Games and beautified city) justify any means.

Although the eyes of the world are now trained on Tokyo, soon that gaze will turn to Paris 2024. Then Los Angeles 2028. After that, Brisbane 2032. Olympic organisers will be keen to put the COVID-haunted, logistical nightmare of Tokyo behind them and are seeking to create a succession of spectacular and more “carefree” Games. But the return to post-pandemic Olympic normalcy will mean maintaining a status quo in which the spectacle and splendour of the Games is made possible by the displacement of people least able to bear it.

Michael McDougall is assistant professor of psychology at Keystone College, specialising in culture, sport and organisation.

MacIntosh Ross is assistant professor of kinesiology at Western University in London, Ontario, Canada, where he teaches the history, sociology and management of sport.