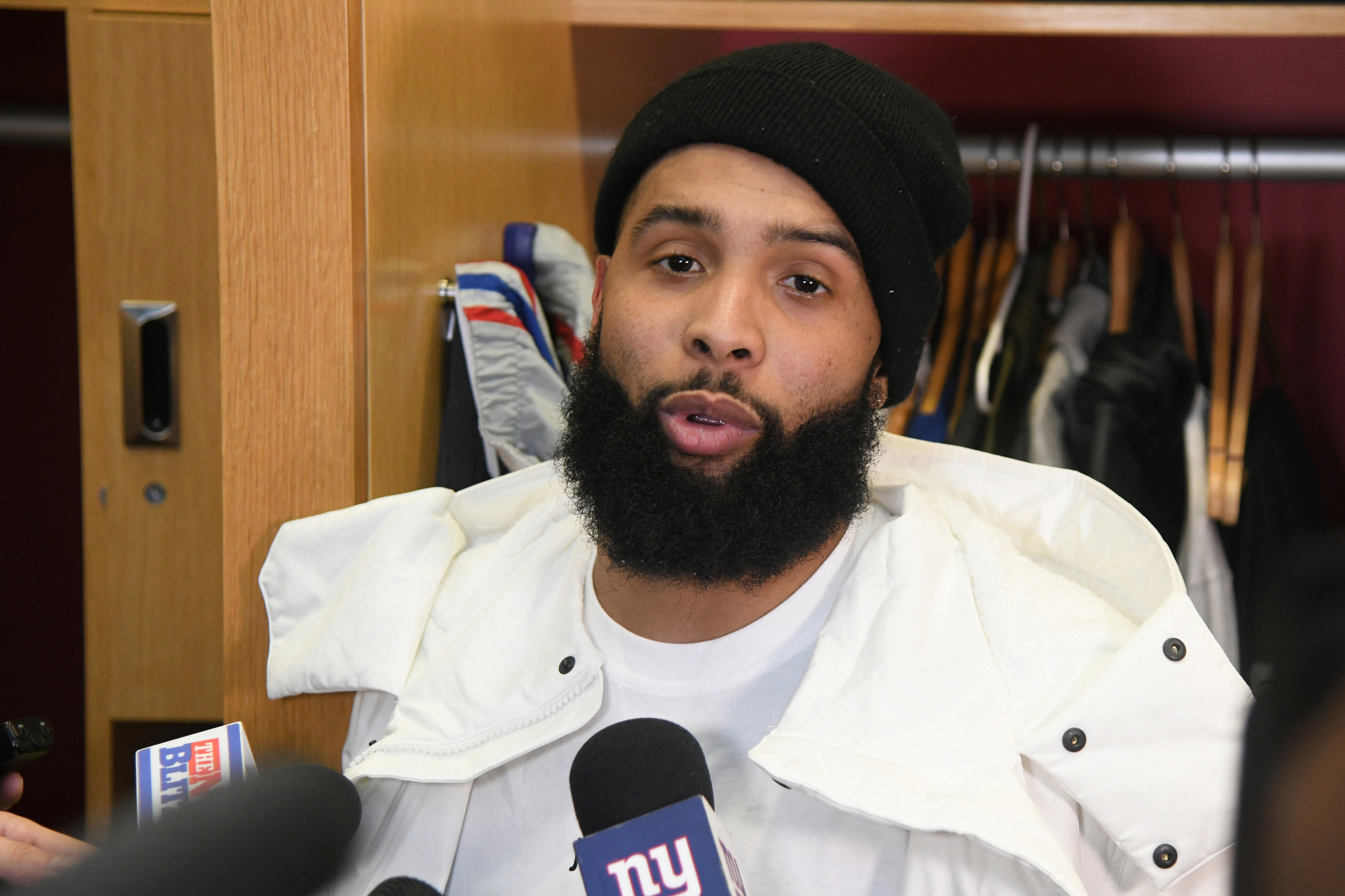 Odell Beckham Jr. will miss his second consecutive game with an injury he revealed is in his left quad, describing the issue as “this kind of hematoma, bruise, whatever you want to call it” and stated he did something to exacerbate the injury during a Dec. 6 practice, three days before he sat out the Giants’ 40-16 victory at FedEx Field.

On Friday, Beckham was ruled out for Sunday’s game against the Titans at MetLife Stadium, with coach Pat Shurmur explaining, “No setbacks, just can’t go.” Beckham, in the latest episode of his Facebook series, “I am more: OBJ,” indicates he did suffer a setback.

There is agreement the physical issue stems from Beckham getting leg-whipped on the final play of the 25-22 loss to the Eagles on Nov. 25. In the Facebook series, Beckham said, “I got dry-needled” and “I got the same kind of treatments I’ve had done,” presumably meaning the treatments he underwent last year after surgery to repair a fractured left ankle. Beckham played in the 30-27 overtime victory over the Bears, throwing a touchdown pass and also catching a touchdown pass.

Beckham recounted Wednesday, Dec. 5 as “a very hard practice’’ in which, “I had probably some of the highest sprint-speed distances I’ve had,’’ adding “I felt amazing.” Beckham said the next day he had a “real amazing practice through 90 percent of the practice’’ and that “I was saying to back off just a little bit. But I am competitive, I just kept working hard.”

This is when his feeling “amazing” turned into something else.

“It was the last play in the last period of practice,” Beckham said. “I went to accelerate for a ball. I just felt like something weird happen.”

Beckham said he went home and, “The doc came over and he was working on it and he was like, ‘Do you think you did something more? Because I’m telling you it doesn’t feel right.’ ”

The next day, Beckham went for a scan at the Hospital for Special Surgery.

“It confirmed that I definitely wasn’t going to be able to play [against the Redskins],” he said.

Despite his injury, Beckham expressed confidence the Giants can win their final three games and find their way into the playoffs.

“Just got to find a way to win these last three games, which I know we will,’’ Beckham said. “We’re on a roll, whether I’m playing or not. Landon [Collins] is out as well. We’re just playing at a high level, we have confidence, we’re rolling, so if we can take this energy, this momentum to get into the playoffs and play the way that we played, we’re gonna be in pretty good shape.”