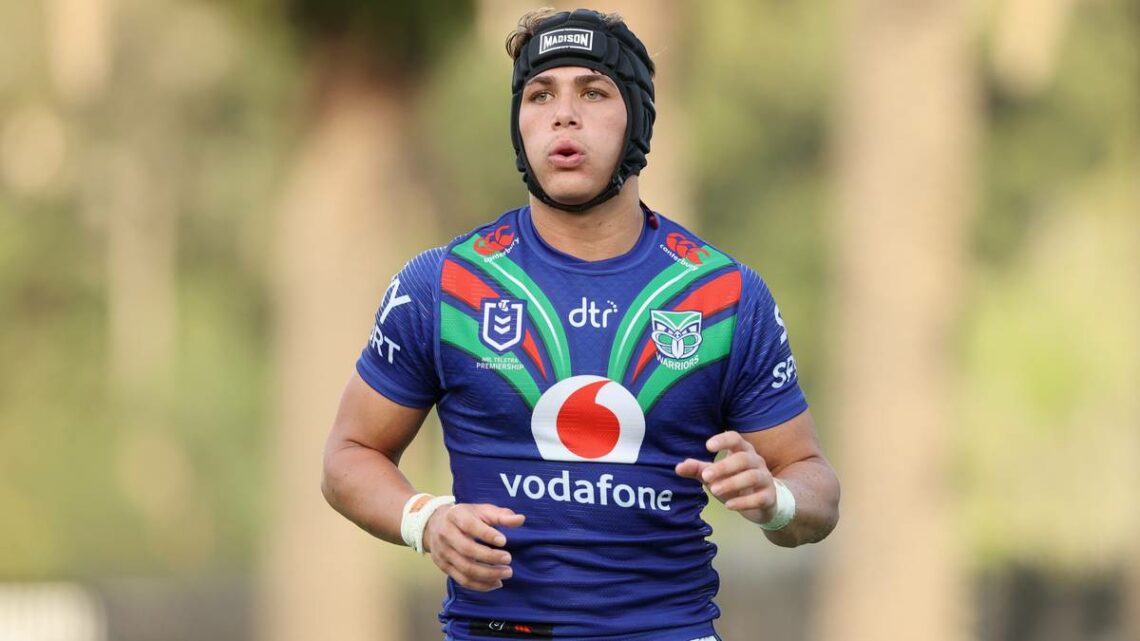 NRL: Roger Tuivasa-Sheck reveals the moment he decided to make way for Reece Walsh at the New Zealand Warriors

Warriors captain Roger Tuivasa-Sheck feels Reece Walsh has too much potential to be held back, which is why he is willing to shift positions to accommodate the youngster.

Walsh has spent time at fullback in two of the Warriors’ last four games, with Tuivasa-Sheck moving further out in the backline to accommodate the 18-year-old.

It’s a scenario nobody could have imagined, given Tuivasa-Sheck has been honoured with the Golden Boot (world’s best player) and Dally M Medal (top performer in the NRL) from fullback, and has sparked the biggest Warriors selection debate in years.

But Tuivasa-Sheck, who is likely to shift again in Friday’s clash with the Tigers (8pm), is content to make sacrifices for the team.

“It wasn’t so tricky at all,” said Tuivasa-Sheck. “I already know what my future is, but for a kid like Reece to come in and try and learn it as early as he can, that’s an advantage for him.”

Tuivasa-Sheck benefitted from Antony Minichiello’s guidance at the Roosters, helping his transition from wing to fullback after Minichiello retired in September 2014.

“I was lucky when I was young [and] coming through,” said Tuivasa-Sheck. “I’ve seen this happen before and I’m happy to play my part.”

However Tuivasa-Sheck has taken things a step further. While Minichiello provided advice and instruction during the 2014 season, and the subsequent off season, the former Kangaroo never actually sacrificed his position for the Kiwi.

That altruistic move adds another layer to Tuivasa-Sheck’s legend, but for the 27-year-old the lightbulb moment came in Walsh’s second week at the club.

During an intra-squad hit out, the youngster was put in at fullback, playing for the reserves against the NRL team. He shone, standing out with his speed, skills and sidestepping, as Tuivasa-Sheck watched in amazement.

“A lot of us were really surprised [with] how advanced he was with his skill level and the ability and confidence to want to be in the game and make something happen,” recalled Tuivasa-Sheck.

“Me and Addin Fonua-Blake and the leaders looked at each other and said, `wow this kid is a freak, he’s definitely a star, we’re going to try find him a spot’. [I thought] straight away, to try and get him at the back as early as he can and I could fall out onto the wing and still have a voice and help him out.”

It’s always a juggling act with young talent, but the skipper says it was never going to be a gamble to use Walsh in first grade.

“It depends on the player – you can tell when players want it and they don’t want it,” explained Tuivasa-Sheck. “You could tell [as soon as] Reece came in he wanted a shot, and the confidence that he has so you have to give those guys a shot.”

Tuivasa-Sheck doesn’t discount Walsh starting at fullback later this year but says that will be decision for the coaches and senior players.

While Walsh’s attacking potential is seemingly unlimited, the defensive requirements at fullback are complex and multi-faceted. The key for Brown and the Warriors is melding the mix of talents.

“It’s trying to work out what’s the most effective way for me, Reece, and our halves to play,” said Tuivasa-Sheck. “I definitely enjoy being on board and getting into the action so I’ll try and find my way in there, but we’re still playing around with the combos and who should go where.”

Before last month, Tuivasa-Sheck hadn’t appeared on the flank for almost seven years, since the 2014 preliminary final against the Rabbitohs.

The instincts remain, but getting the timing right on attacking plays, as well as positioning for defending kicks, are the major work-ons.

“I’m looking forward to the new challenge if I had to go back there or we’ll do the swap in and out,” said Tuivasa-Sheck. “I’m excited to challenge myself with moving around, helping Reece at the back and at the same time letting him play.”