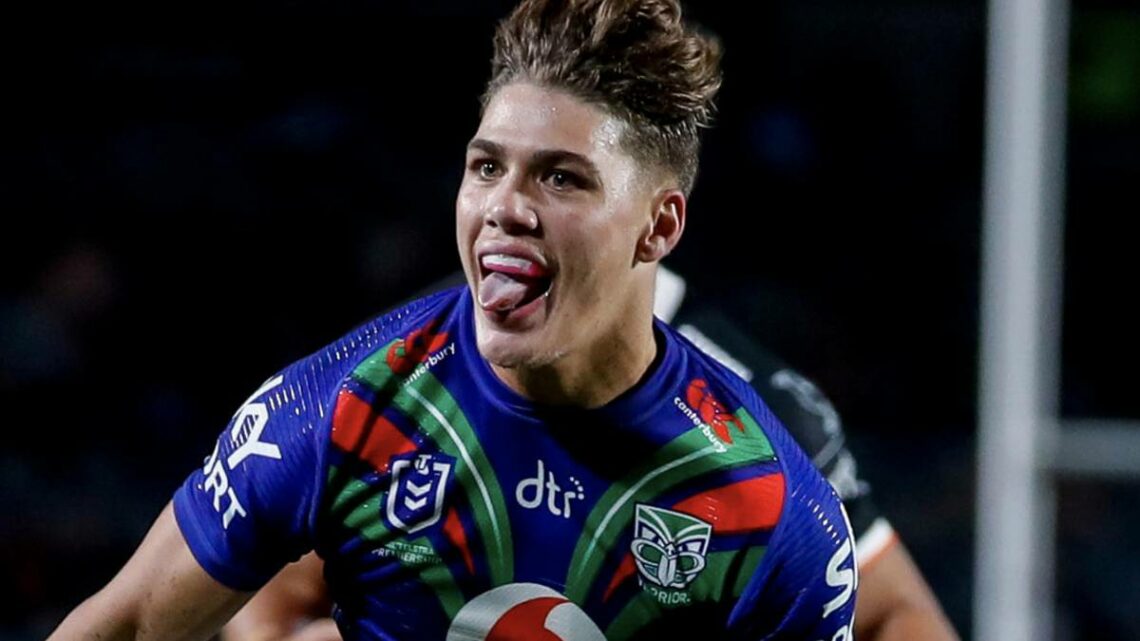 New Zealand Warriors teenage fullback Reece Walsh has been praised far and wide as the NRL’s next big thing after a match-winning performance for the side on Friday night.

The 18-year-old Walsh finished the game with 14 runs for 133 metres, four line break assists and three try assists as the Warriors triumphed 30-26 and moved to eighth on the premiership ladder.

His performance left commentators, media and fellow players gushing at his skillset and potential.

“What a special, rare talent we are seeing emerge.”

Former Kangaroo and Origin legend Michael Ennis added: “My gosh, what a player we’ve got on our hands here.

“The balance, the speed, the athleticism, the tongue out — this kid is a freak. He’s a freak.”

Ennis said his matches against the Storm, Sea Eagles and Eels have been brilliant.

“An 18-year-old kid teaching NRL veterans a lesson,” Ennis said. “How good is he to watch? He is so good.”

Ennis wasn’t done however, continuing to heap praise on Walsh.

“He’s tested Tommy Talau with that ball three times in the last two sets. Got him the first time, didn’t execute the pass, went back there the next time, almost an intercept.

“This kid is playing without any fear of failure. Goes back there again… the kid is a superstar. What a weapon.”

At halftime, Greg Alexander called Walsh “a great athlete with a football brain”.

But while Walsh continued to increase his stock in the game, many pundits were left wondering just how Walsh had ended up with the Warriors after previously being entrenched within the Brisbane Broncos’ development system.

However, the praise for Walsh was not universal, with the surprising voice of his own coach talking the performance down.

“You blokes only highlight all the good parts, but he’s got some parts he needs to work on, too, as 18-year-olds should,” Nathan Brown said.

“He is working hard and he’s a good learner and good listener.

“He’s an 18-year-old kid, isn’t he? When Andrew Johns was 18 or 19 it took Joey about four or five years before he was capable to take the Knights to a premiership, and he is one of our most influential players ever.

“Just game experience and learning, but the defensive work at fullback these days, there’s a lot of pressure on them. From Reece’s first game to now, he has improved out of sight. He is working hard at that part of his game.