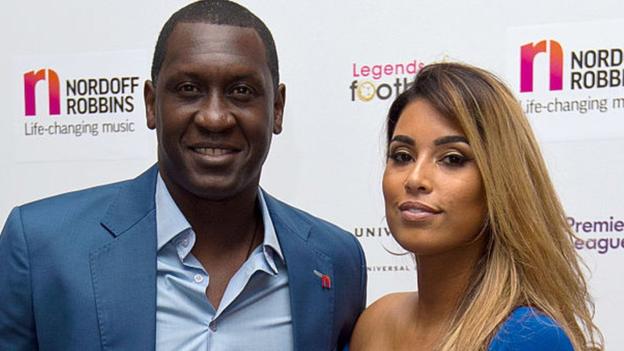 Media playback is not supported on this device

A lack of opportunity is preventing black players from becoming coaches, according to the wife of ex-Liverpool and England striker Emile Heskey.

Chantelle Heskey says her husband would be “first there” if more roles were available to black and minority ethnic (BAME) candidates.

Speaking to BBC Radio 5 Live’s podcast The Sista Collective, she said “he’s done his badges but there’s not really much opportunity for black players”.

The 41-year-old, who started out in the academy at Leicester City, made more than 500 appearances in the Football League and Premier League over an 18-year career – scoring 60 times for Liverpool and winning more than 60 England caps.

But despite his interest in remaining in the game, Chantelle says “as much as he’d love to, he’s been put off applying because I don’t think there’s much for him”.

“I think the clubs should do more – giving the black players better jobs. Look at Sol Campbell, look how many caps he has and he’s managing at Macclesfield.

“They need the big clubs. Why not the England manager’s job?

“I think they definitely need to make more jobs available for black players and Emile would be the first there.

“He’s been in meetings where they’ve tried to look at this – but it just gets buried – they need a rocket up their bum.” 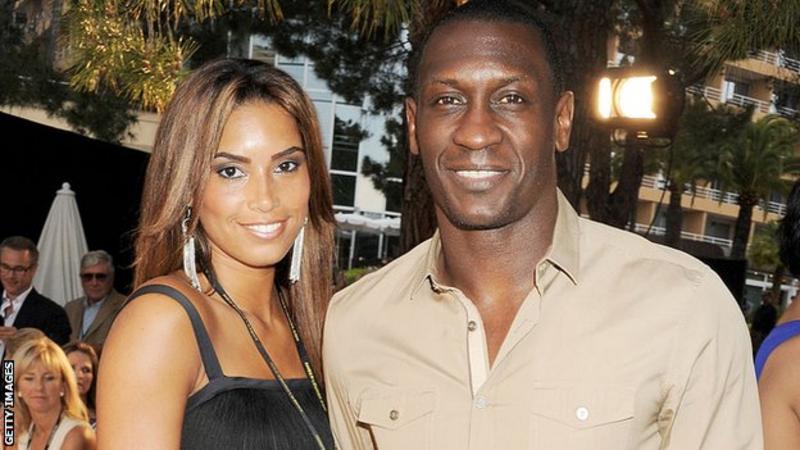 Campbell became the eighth BAME manager in football’s top four divisions on his appointment at League Two side Macclesfield Town in November, while more than a quarter of players in the English game are from a BAME background.

However, that number was reduced to seven last Monday after Chris Hughton was sacked as manager of Brighton and Hove Albion following their 17th-placed finish in the Premier League.

“All the good jobs seem to go to United or Chelsea players – which is a shame because they’ve all played at the same level,” Chantelle added.

“If all black players were to say ‘I quit’, the clubs would be in trouble, but I think they need to be given the opportunity to coach – it’s about trusting them.

“They can relate to the black players; they know how to talk to them.”

Tottenham and England defender Danny Rose addressed those concerns in April when he said it would be a “waste of time” to do his coaching badges.

“When I said I wanted to walk away from football, people think I was just talking about the two or three incidents that have happened on the pitch,” Rose told Sky Sports.

Emile’s had a ‘tough time’ with racism

With high-profile recent cases – including racist abuse aimed at Rose and Manchester City’s Raheem Sterling – the issue is high on the agenda.

BBC Sport has approached the Premier League for a response, while the Football Association says it is working to “create positive change in English football to ensure it better reflects modern society”.

The FA said: “We agree that more needs to be done to develop BAME coaches, technical leaders and match officials. The FA has a specific target to increase the number of BAME coaches in the England set-up from 13 per cent to 20 per cent.

“The principles of a voluntary Rooney Rule have been formally adopted by the England team set-up. This will ensure that at least one BAME candidate will be interviewed for every role as long as such a candidate has applied and meets the recruitment criteria.

“In addition, coaching placements for BAME coaches are in place within the England teams with graduates so far including Sol Campbell, Joleon Lescott, Paul Nevin and Jason Euell.”

But Chantelle says her husband has faced issues for many years.

She said: “Emile’s had a tough time growing up with racism. At 15, when he was playing in the academy, he was chased up the road by a group of men who said they wanted to kill him.”

Chantelle also recalls a tunnel bust-up between England and Turkey players in 2003, following claims of racist abuse against Heskey, Campbell and Ashley Cole, though those claims were never proved.

“Someone spat at Ashley Cole and you should have seen Emile launch at him – I’ve never see that side of him,” she said.

“You just want to run on the pitch and defend them.”

You can download, subscribe and listen to season two of The Sista Collective here. The full interview with Chantelle Heskey will feature in a special sports edition on 24 May.