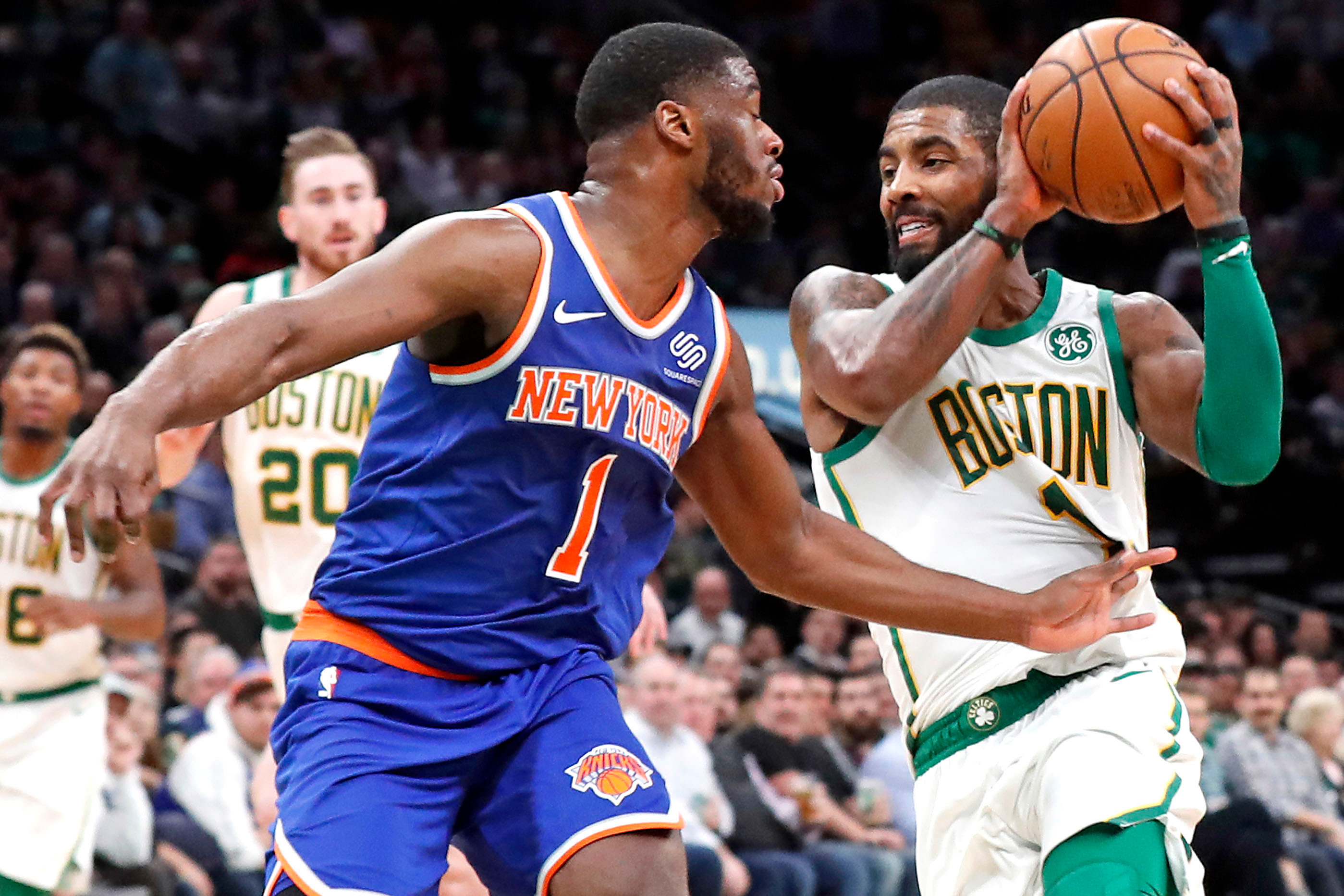 No Boston magic this time: Knicks drilled by Celtics

BOSTON – The Celtics are starting to get it together and also have good memories.

“It’s definitely a game that I remember, so as a competitor I can’t wait to play,” Kyrie Irving said before the game.

There was no Thanksgiving magic this time. This was a much more inspired Celtics group than the one on Thanksgiving Eve which fell behind the Knicks by 26 points in the first half en route to a stunning defeat.

On national TV, the Celtics got even in a 128-100 wire-to-wire victory at TD Garden in a contest that only got real ugly in fourth-quarter garbage time. The Celtics (14-10) won their fourth straight as the Knicks, who played without 2017 first-round pick Frank Ntilikina who was benched for the third consecutive game, fell to 8-18.

Before tipoff, Fizdale talked of New York being an attractive free-agent destination and it’s never a bad idea to look good in front of free-agent-to-be Irving. But the Knicks were without Trey Burke (knee), who carried them to last month’s win here.

The Celtics blasted off to an 6-0 lead and Irving scored nine of his team-high 22 points in the opening five minutes. The Knicks couldn’t contain Boston in a 69-58 first half, but stayed at least within shouting distance.

Enes Kanter continued to be a bulwark inside with 14 points 11 rebounds while Noah Vonleh’s newfound inside-outside game and Tim Hardaway Jr.’s 3-point shooting kept them afloat in the opening half. But they could not compete with the Celtics’ 55.1 percent first-half shooting.
The Celtics are bringing Gordon Hayward and Jaylen Brown off the bench — and they would be the top two players on the Knicks squad.

Tatum scored 17 points, Brown 21 and Al Horford scored the Celtics’ last 11 points of the first half and finished with 19.

Hardaway expected “an all-out war’’ and the Knicks received it. The Knicks’ leading scorer combatted the Celtics with his outside marksmanship, scoring 22 points and going 6-of-13 on 3-point shots.

It was also a painful night for Hardaway. Early in the second half, Boston’s Marcus Morris, a notoriously dirty player, hit him in back of head as Hardaway got through a screen. Hardaway dropped to the court and stayed down for a minute. Morris was issued a flagrant foul after a video review.

Florida mom, 88, reunited with daughter she thought had died in childbirth
World News