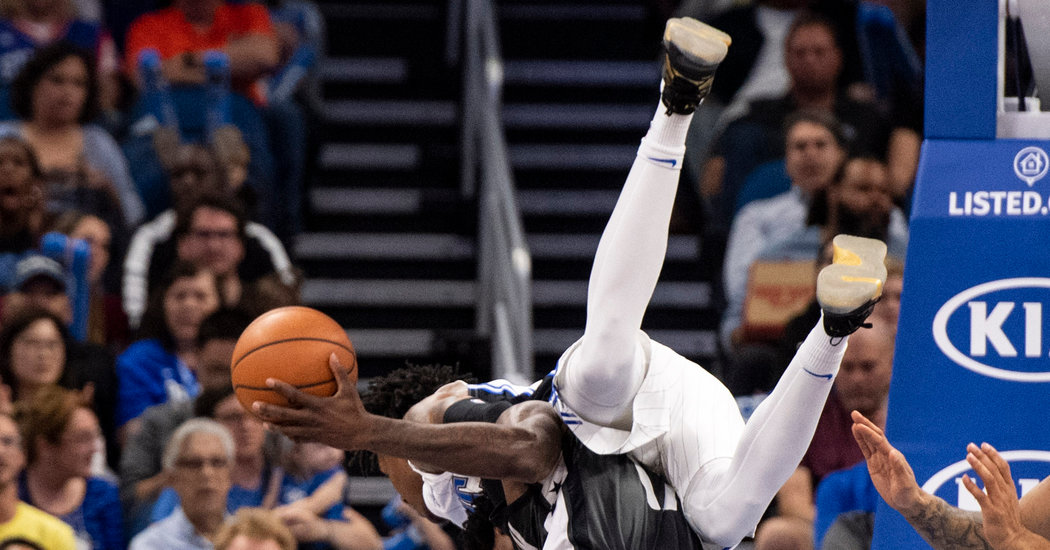 Aaron Gordon added 15 points for Orlando, which won its second in a row. Jonathan Isaac had 10 points and 12 rebounds, and D. J. Augustin added 12 points and 8 assists.

D’Angelo Russell had 23 points for the Nets, who have lost three of four. Shabazz Napier had 15 points, and Ed Davis was the only other Net in double figures with 11.

Vucevic scored 12 points in the fourth quarter when Orlando found some rhythm offensively. The Magic took a 78-70 lead into the final period and stretched it to 89-79 after Vucevic final got free inside for 6 straight points, and that was enough against the offensively challenged Nets.

The Nets shot 22.5 percent in the fourth quarter, continuing a game-long shooting slump; they missed layups on drives to the basket the 3-point arc and were 10 of 38 on 3-point attempts.

Augustin briefly ignited a struggling Magic offense in the middle of the third quarter, scoring 8 points in a 17-3 run that gave Orlando a 71-61 advantage. Orlando was cold from the perimeter and the Nets were surrounding Vucevic anytime he got the ball inside, but he got free in the final period.

The Nets were having their own problems offensively. Though Russell had 20 points in the first three quarters, he also had five turnovers. The Nets turned the ball over 15 times in the first three periods and never got their 3-point shooting percentage above 30 percent.

Neither team had much going in the first half; they combined for 15 turnovers and 35.7 percent shooting.

The Nets trailed by 13 in the first quarter, but back-to-back 3-pointers by Napier in the final 20 seconds gave them a 48-44 halftime lead.