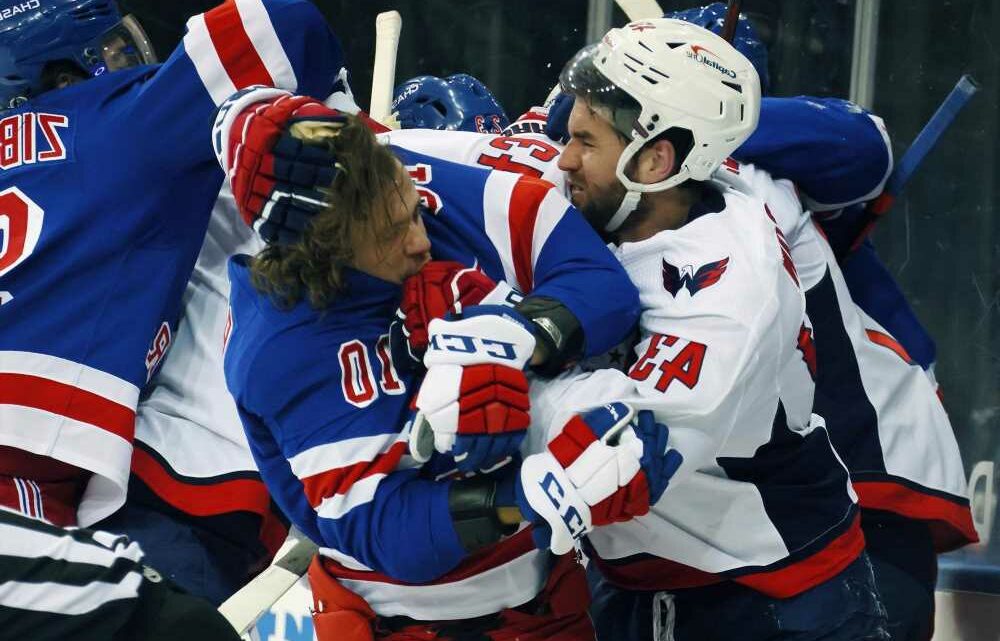 Rangers must resolve disconnect between David Quinn and top forwards

This was a complete fail by the NHL. That is expected from a Department of Player Safety run George Parros, a man who made his living on the ice with his fists in compiling one of those comic-book career stat lines of 1,092 penalty minutes and 18 goals in 474 games.

But more should have been expected from Gary Bettman, who is believed to have interceded in March to require Wilson’s suspension after the DOPS initially recoiled at disciplining the winger for concussing defenseless Boston defenseman Brandon Carlo.

This was burlesque at the Garden Monday night when Wilson first hammer-punched a prone and defenseless Pavel Buchnevich in the head after a routine goalmouth pileup and then rag-dolled Artemi Panarin, body-slamming him to the ice twice while the Rangers tried desperately to protect one another from the out-of-control Washington winger.

Panarin, who will not play in the Blueshirts’ three remaining games after suffering undefined damage in the beating, came oh this close to cracking his skull on the ice on one of the body slams. There but for the grace go he, Wilson and the NHL. Through providence alone, Panarin is breathing and ambulatory.

This apparently has escaped the NHL, which for all its advancements, for all the wonder brought to the game by athletes such as Panarin, Connor McDavid, Nathan MacKinnon and Mat Barzal, is still stuck in its garage-league mentality.

Take a look at the clip and tell me Wilson was under control. Yet again a reminder that the only person in NHL history sent to anger management is Sean Avery for telling a tasteless joke in the locker room at a morning skate.

Bettman and the league were thinking of the children then. Does the league think this Wilson vaudeville act appeals to this generation of children?

But what are we hearing from the cognoscenti in the wake of the NHL’s hands-off Tom Wilson decree? That hockey culture demands that everyone would want this remorseless miscreant on their own team (Actions speak louder than words, so Wilson’s past crocodile-tears apologetic comments mean nothing). That this was just one of those things that comes with the territory.

That the Rangers should have a deterrent to stop things like this.

The Bruins are long renowned for being a close-knit group that always has the proper amount of muscle on their side. That did not stop Wilson from concussing Carlo. That, years ago, did not stop Matt Cooke from destroying not only Marc Savard’s career but years of the centerman’s life.

The Rangers don’t have anyone equipped to fight Wilson. You can bet that will change next season. But this is now. There might be the urge to summon pugilist Mason Geertsen from Hartford to New York to handle the assignment. Beyond the burden that would be placed on the 26-year-old in what would be his NHL debut, probably an unfair one, his promotion could make the Rangers in the room seem weak.

So someone vested in Blue, probably Brendan Smith, will be required to challenge Wilson. That’s the code, right? That’s what hockey culture demands, correct?

The NHL abdicated its responsibility. Now the onus falls on the victim. Now it falls on the Rangers. The cycle keeps on spinning.

Ray Reyes of Menudo Passes Away at 51