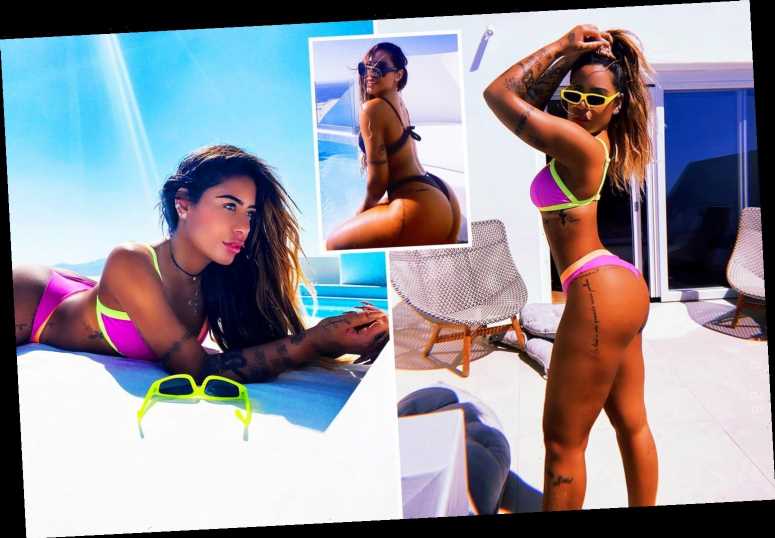 The 24-year-old model shared poolside shots with her 5.5million followers as she straddled and posed at her swanky Mykanos retreat.. 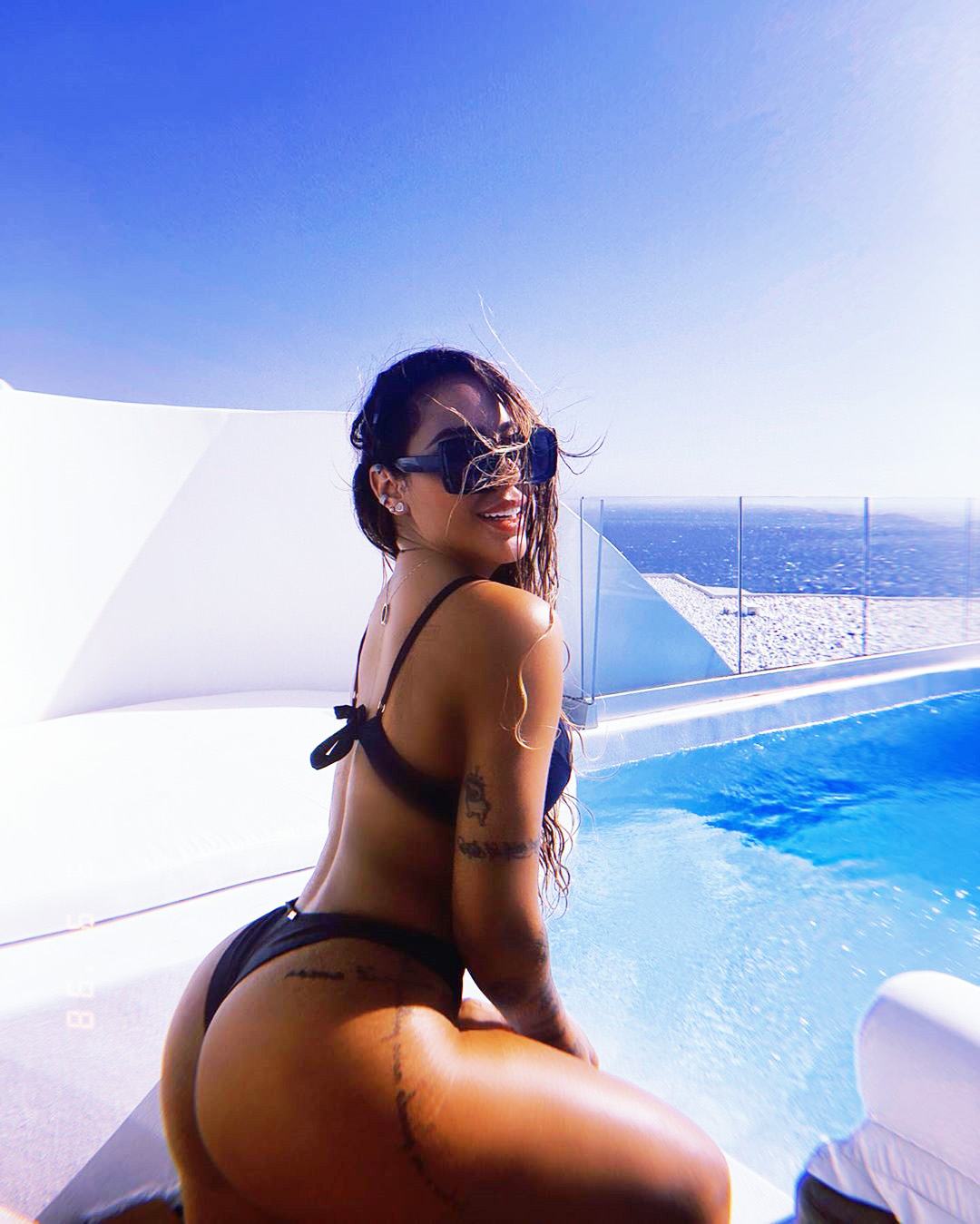 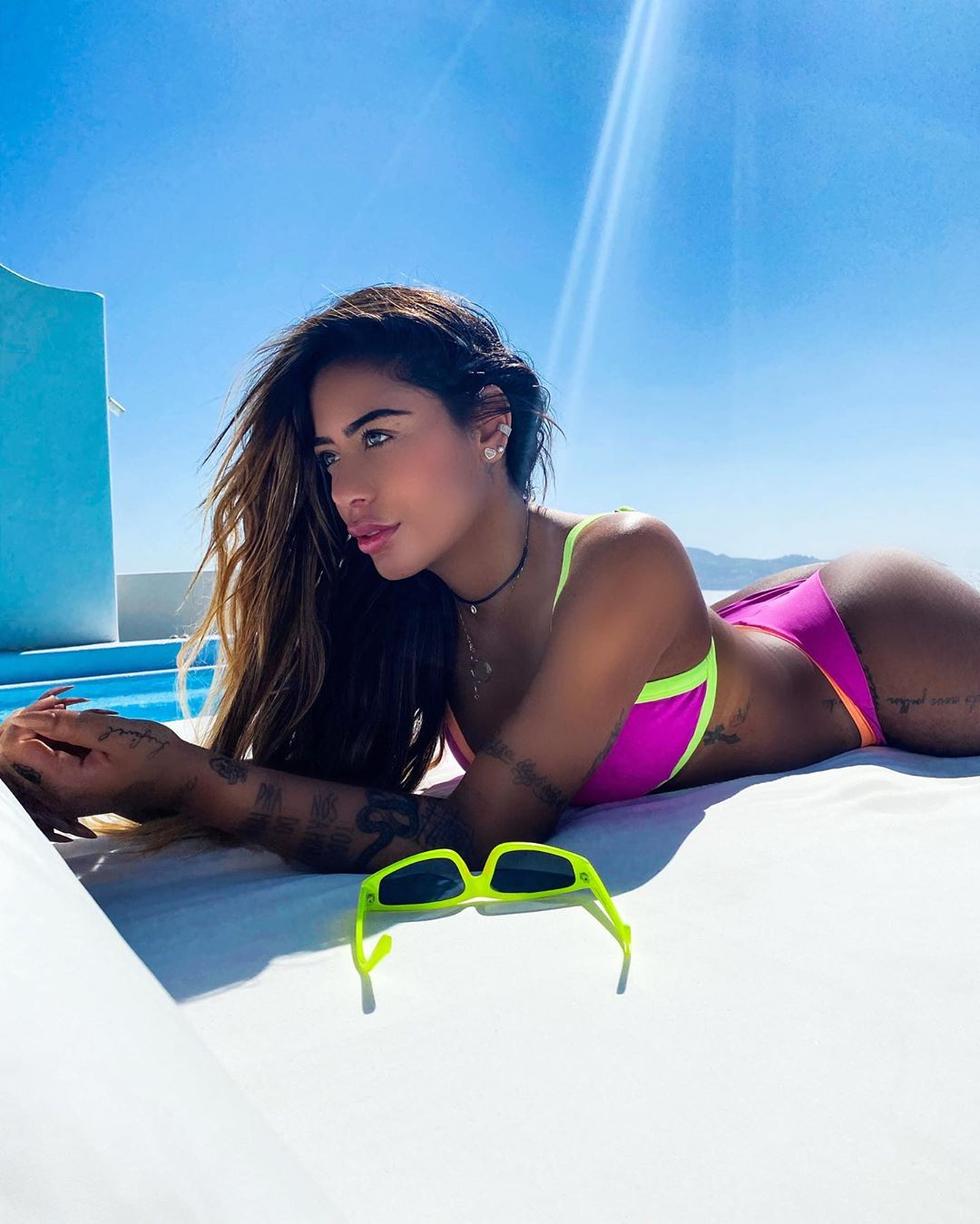 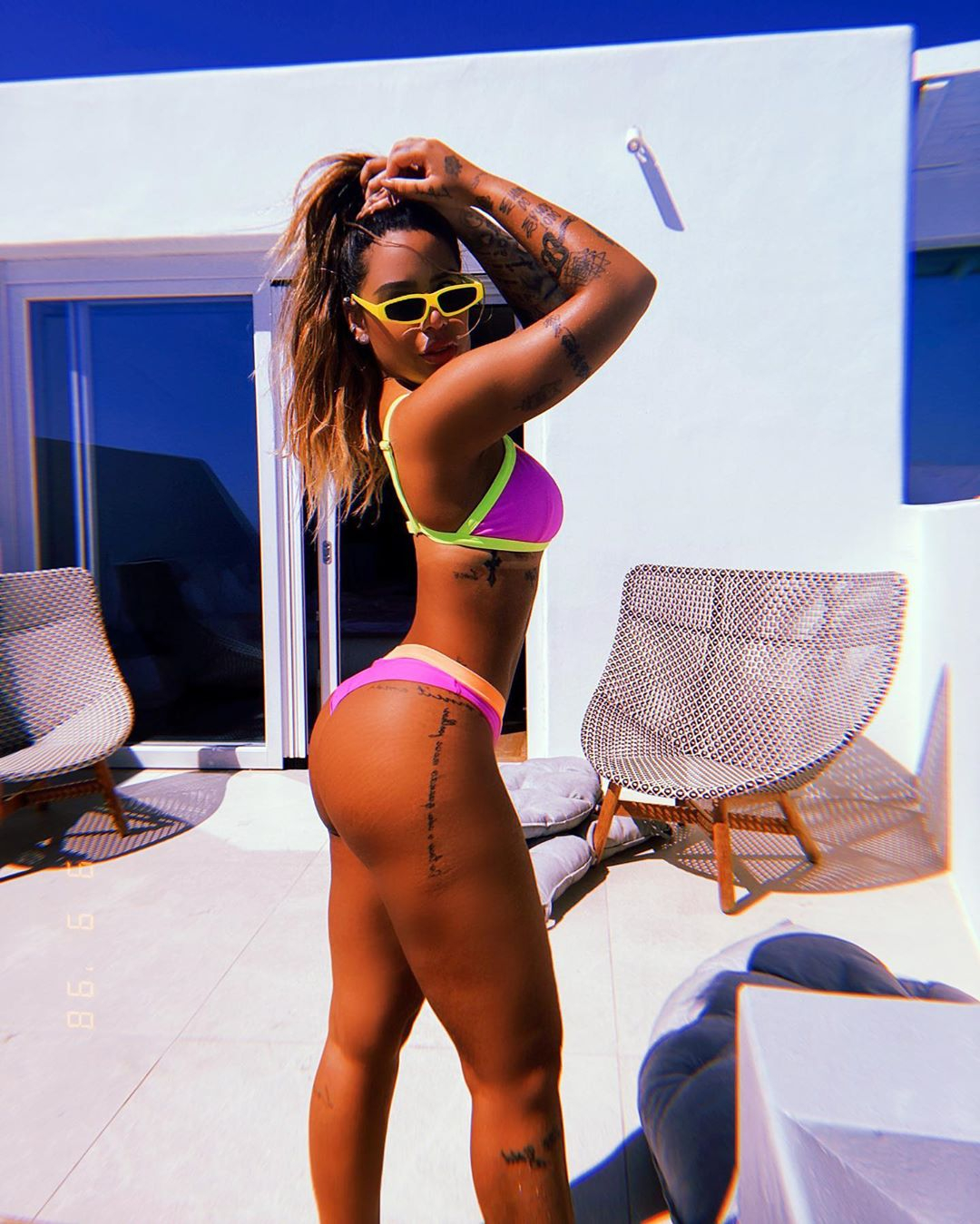 The first showed her in a black two piece and large black sunglasses with a stunning ocean setting in the background.

And Santos showed off another of her bikini collection in a luminous pink and green number.

She even managed to pair it with a matching pair of lime green sunnnies.

The snaps come as Santos soaks up the sun on the Greek island.

And they were uploaded just days after a first flurry of pictures went live from the same spot.

The sister of the Paris Saint-Germain star used the shots to show off her varied tattoo collection.

Neymar and his sister have matching crowns inked on their left arms.

His has the word 'Sorella' which means sister in Italian, while hers reads 'Fratello', meaning brother.

And she has the Brazilian striker's eyes inked on to her right arm.

Neymar shares a close bond with his sibling – but he missed her birthday celebrations for the first time in SIX years to help PSG beat Borussia Dortmund this year.

He has not played football in Brazil since leaving Sao Paulo for Barcelona in 2013.

It is an amazing coincidence that injury or suspension has allowed him to travel home for her last five birthdays.

Model Rafaella became famous with a World Cup-themed advert for Beats by Dre in 2014.

And she flaunted her curves in a series of stunning Instagram shots earlier this summer.