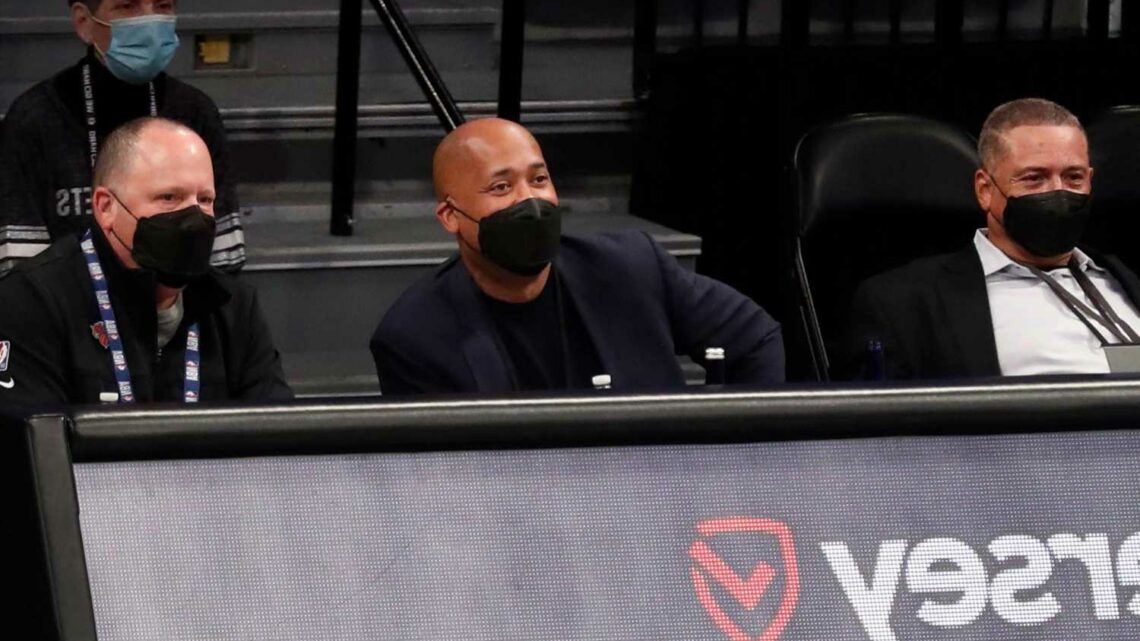 Yankees' season has been about living on the edge

Yankees getting dangerously close to point of no return

Shame on Team USA basketball, NBC for this all-time debacle

The honeymoon isn’t over, necessarily. Better to put it this way: It’s changed locations. The Knicks of Leon Rose aren’t lazily lounging on the beaches of Turks and Caicos any longer, merely settling into the blissful grind of newlywed life. Quiet dinners. Maybe a show on the weekend. Maybe a quick getaway down the shore.

Rose has one draft, one free-agent season, one regular season and one playoff run, however truncated, under his belt, and it is hard to argue: So far, so good. Last year’s draft yielded Immanuel Quickley (a surprise Garden favorite) and Obi Toppin (who, at the least, is sure to put in the sweat equity to maximize his talent and justify his selection).

The free-agent period passed without a major addition which, for this team, at that time, was right. The regular season? That was the jackpot, a 41-31 bonanza that not even the most optimistic fan could possibly have seen coming. The playoffs? The Hawks buried them, but given what the Hawks did from there — beating Philly and throwing a legit scare into eventual-champ Milwaukee — even that is hard to feel too much lingering angst about.

The frozen daiquiris were all mixed properly. The sun shone brightly. The water was calm and inviting. Not a bad honeymoon at all.

And now, the marriage.

You can already see what’s percolating among the rest of the Eastern Conference teams. Look above: The Bucks will still be formidable, the Nets will still be Vegas’ darlings to win it all, even the Sixers, you assume, will figure out a way to recover from a dysfunctional, dyspeptic playoff calamity.

Look below: The Hawks, healthy, were already better than the Knicks even if they finished with the same record, and they will go into next year flying with confidence. It is almost impossible to believe that the Celtics and Heat will endure a repeat of this season, when they punched well below their weight class. The Pacers ought to be better. The Raptors will likely lose Kyle Lowry, but will add the No. 4 pick; they should be on the rise.

There is an awfully good chance the Knicks don’t enjoy near as much success next year as they did this year even if they improve themselves substantially, even if they find a point guard, even if someone (either from within or without) becomes a legit wingman for Julius Randle, even if Mitchell Robinson comes back from an injury-plagued year and takes another few steps forward.

That is what makes this phase of the honeymoon so vital, the one that starts Thursday, at the draft, where the Knicks will have both the 19th and 21st picks in the first round, as well as the second pick in the second round (No. 32 overall).

Rose never said — and never would have said — as much when he took over, but he had to believe, heart of hearts, that even if the Knicks had improved last year they weren’t going to improve themselves clear out of the lottery. But they did. Such is the cost for the job Tom Thibodeau did in reviving the fans’ love affair with this team.

It makes Thursday that much more curious. Can the Knicks package their picks and move up — and if so, how high, and if so who is going to be there for them to make it worthwhile?

One thing we know with certainty: The Knicks crave, above all else, stability at the point. Elfrid Payton is no longer a viable option, especially after Thibodeau (fairly) buried him in the playoffs. Derrick Rose was brilliant last year, enjoys playing for Thibodeau — and at this stage in his career is far better suited to coming off the bench.

The free-agent options for the Knicks there could be fascinating or they could be fool’s gold. Do they try to capture lightning Thursday night with, say, West Virginia’s Miles McBride? A generation ago, in back-to-back drafts, the Knicks struck gold with Mark Jackson at No. 18 in 1987 (who became rookie of the year) and Rod Strickland at No. 19 a year later (whose best years came in San Antonio, Portland and Washington).

Can they pick a winning ticket like that again? Starting Thursday, so many things about the Knicks’ future will begin to come into sharper focus. The fun part of the honeymoon is over. The business part of the marriage commences.