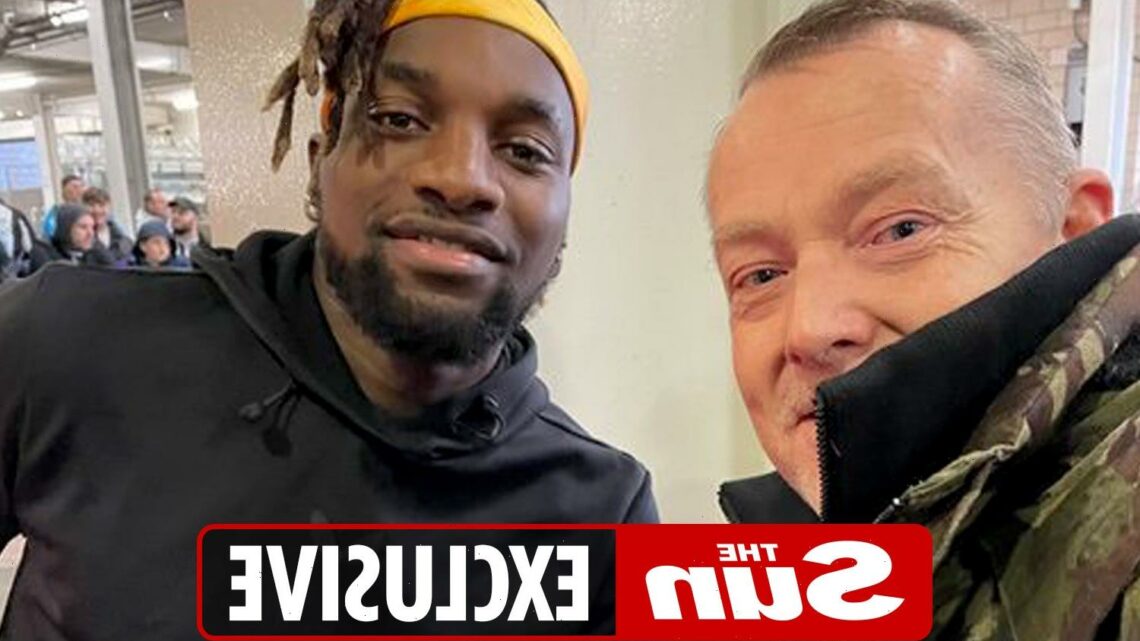 A NEWCASTLE fan was left 'dumbfounded' when Toon hero Allan Saint-Maximin randomly gave him a £2,000 watch.

Devout Magpie Michael Urwin, 55, has been going to games for 30 years and is a season ticket holder with his three sons. 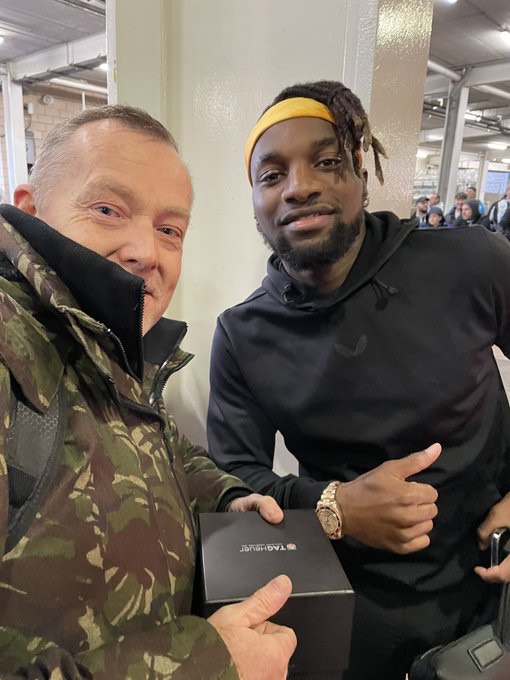 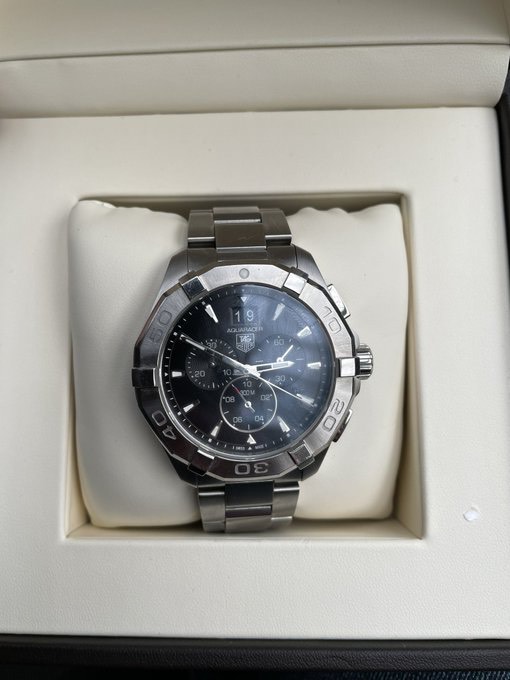 They arrive early to games at St James’s Park to catch a glimpse of their favourite stars and get autographs.

But principal distribution engineer Michael could not believe his luck when Newcastle winger Saint-Maximin, 24, handed over a box with his TAG Heuer Aquaracer inside.

Michael bagged the gift before Saturday’s 3-3 Prem draw with Brentford and told The Sun: "Allan was just sat in his car for a while. Then he suddenly came over and said 'this is for you'.

"I thought he was pointing to my youngest son but then he said 'no, this is for you' and gave the boxed watch to me. It was completely random and out of the blue.

"I opened it and was absolutely gobsmacked and totally in shock. I still am really. I could barely even say thank you. I just couldn't believe it.

"I was simply lost for words and asked my eldest son to take a picture of us but we were both shaking.

"I posted it on Twitter to say thank you and my phone's been pinging ever since."

Skilful French attacker Saint-Maximin, a fan favourite in the North East, even took the time to reply on Twitter.

He said: "You are welcome my friend. Do you like it?"

Michael – dad to Ben, 21, Kian, ten, and Lucas, eight – got season tickets for the Milburn Stand this year in the hope the mega Saudi takeover would come to fruition.

It did, making the Magpies the world’s richest club – and Michael’s luck has continued since.

Branding Saint-Maximin a 'Newcastle legend', he added: "We adore him and he gets it.

"Fans pay good money to come and see these players who get paid thousands but often get very little back. This hero is a breath of fresh air and I wish more footballers were like him.

"Some of the fans initially told me the watch was worth £12,000 so I was really nervous going into the stadium with it. 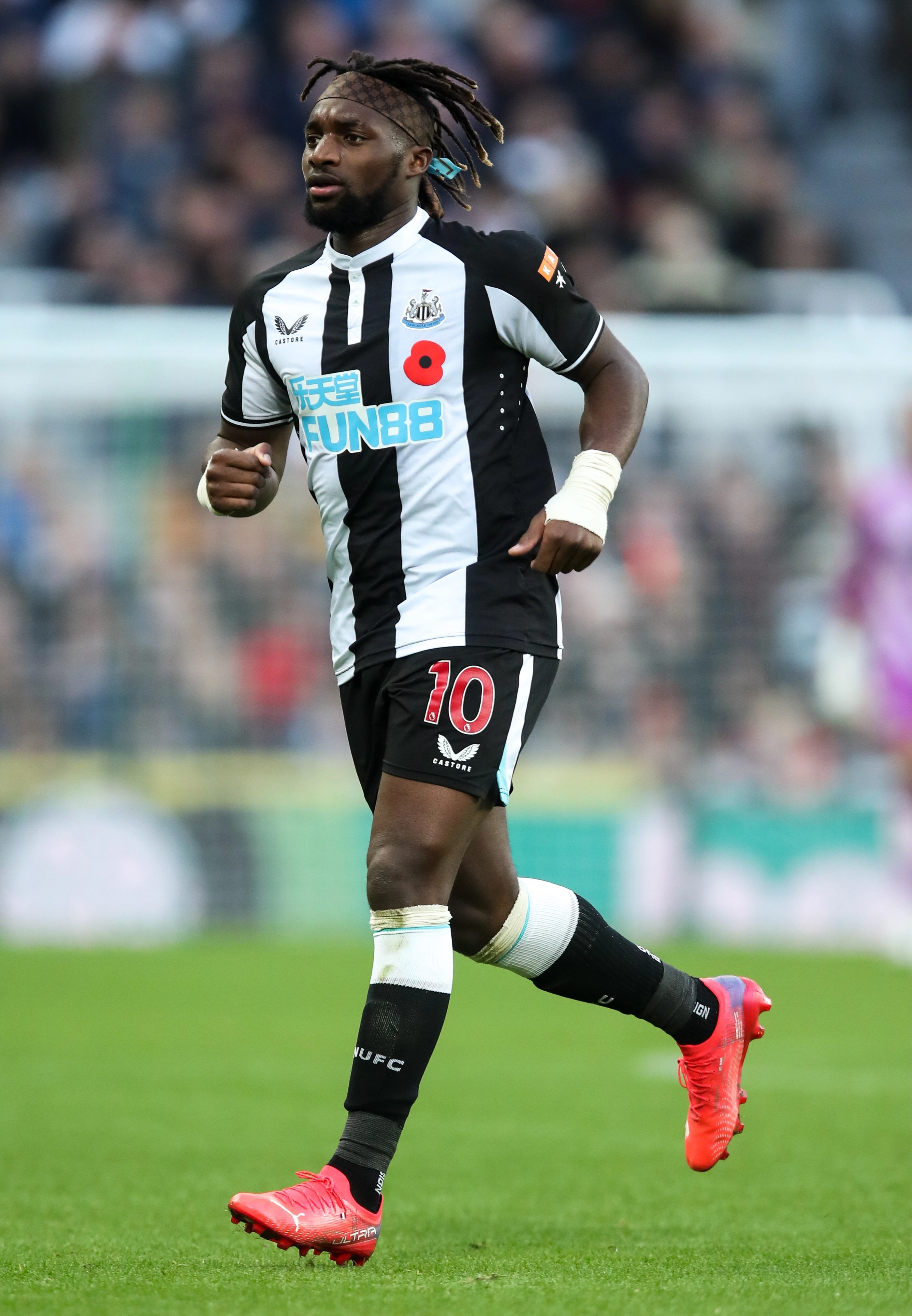 "I was constantly checking behind me to see if we were being followed and wondered whether to put it in the car. It was a nervy 90 minutes.

"I've since been told the watch is worth a couple of grand but to me it's priceless.

"It's so sentimental to me as it's come from a hero and I'm going to keep it to pass onto my children through the generations."

Saint-Maximin joined Newcastle – currently bottom of the league, with Eddie Howe their new boss – in 2019 from French side Nice.

Michael, from Gateshead, said: "I just want to say to Allan thank you so very much – and ask him why he picked me!

"Everyone was asking if I knew him but I have never met him before apart from the odd wave with the kids but that's it. He picked me out of that crowd and I can't thank him enough."