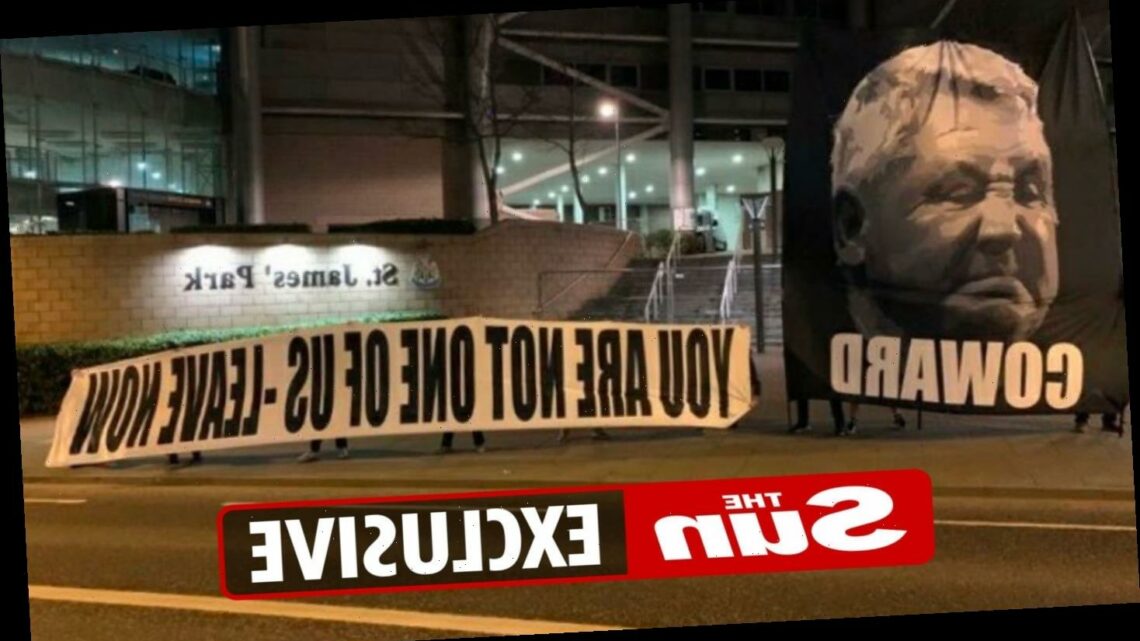 Toon supporters are growing increasingly frustrated as the club dropped to just two points above the relegation zone. 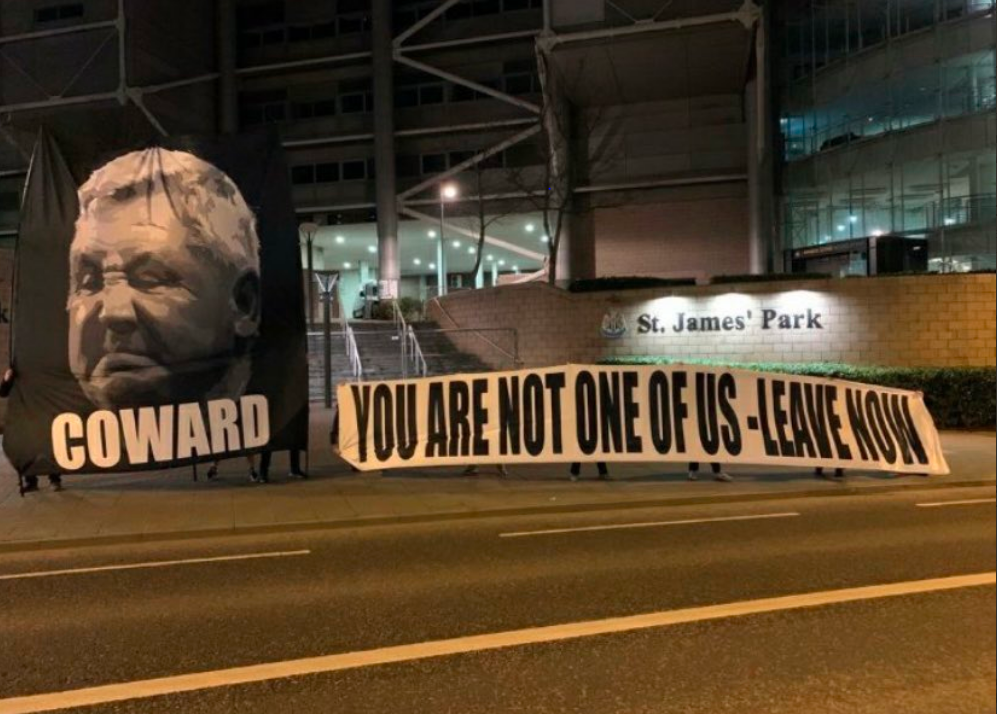 Newcastle suffered yet more misery on Saturday night, as they were thrashed 3-0 away at Brighton.

In an exclusive picture obtained by SunSport, fans took their fury to St James Park as they protested for Bruce's exit.

The banner also said: "You are not one of us."

Two wins from 18 leaves the Magpies struggling to stay afloat after plunging from mid-table safety in the Premier League.

And not only are results poor on the field, Bruce has struggled to keep his house in order on the training ground.

At the start of March, the Toon boss was hit with rumours off a bust-up with Matt Ritchie.

Despite the warning signs, Bruce has the backing of the board, but still accepted responsibility for Newcastle's struggles before defeat at Brighton.

He said: “That decision will always be taken out of my hands.

“I only want what’s best for the club and over the last few months, in particular, I haven’t been good enough to get the results this club demands.

“I understand it totally.”