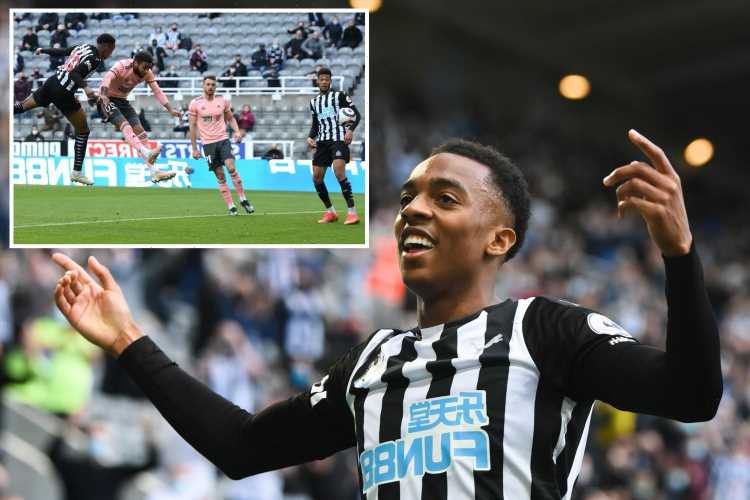 Convince Joe Willock to stay and there may just be hope for Steve Bruce at Newcastle.

Then again, that feeling of scoring the winner in front of an adoring Gallowgate End might be the only bargaining chip the Magpies need. 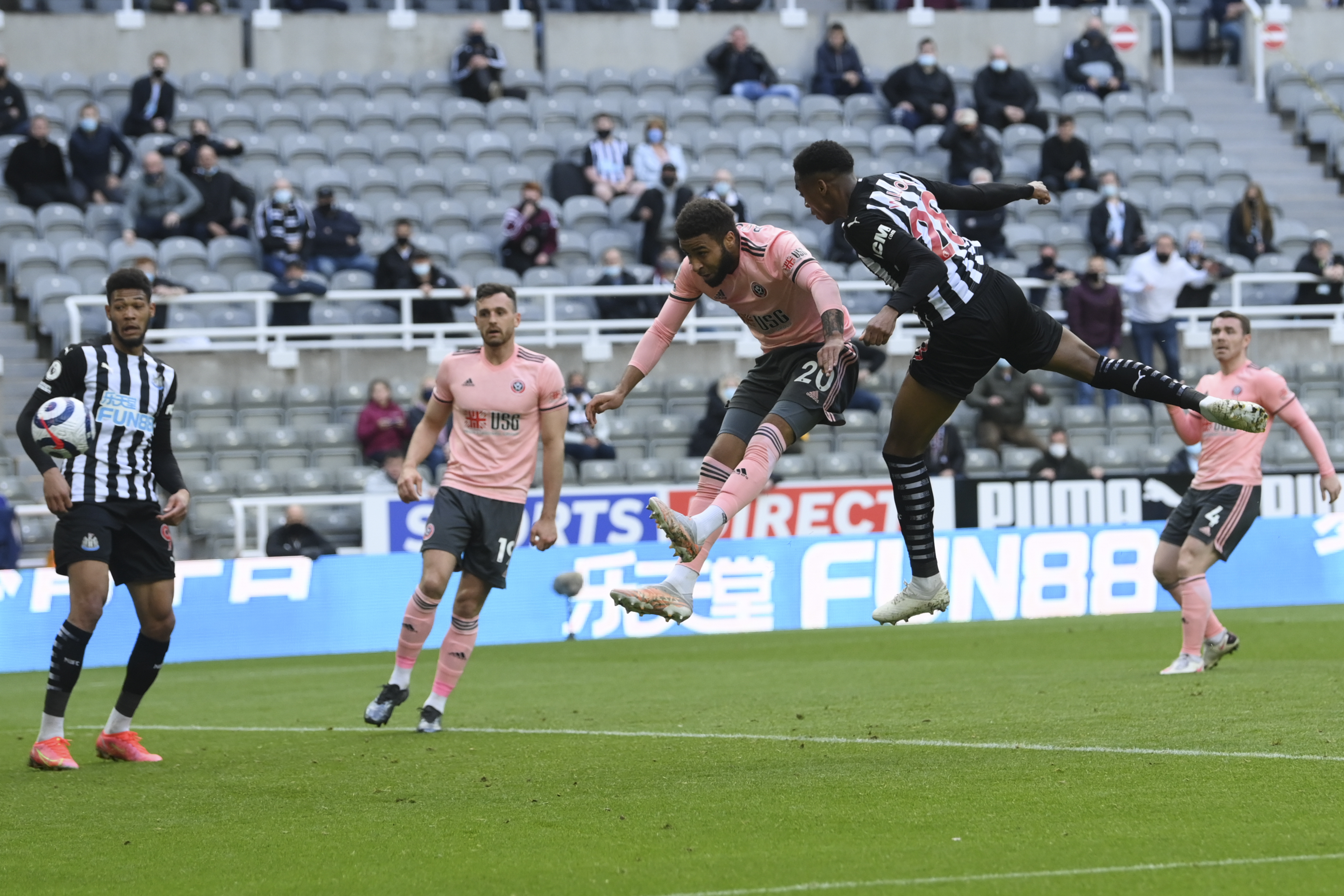 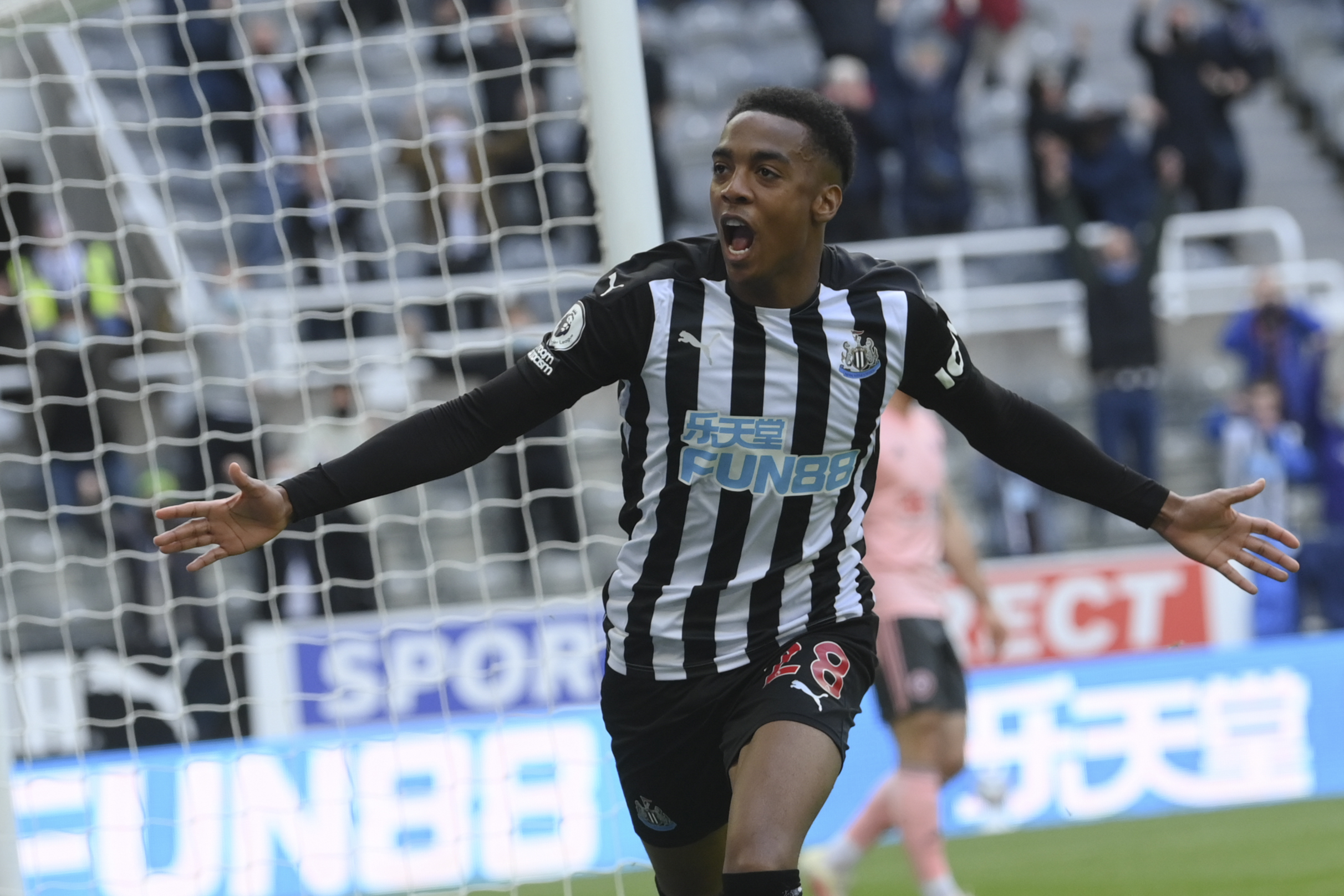 The Arsenal loanee’s header just before half-time made it six goal in six games, and the Toon Army have a new hero.

They may never love their manager – it took just 12 minutes for the Geordie faithful to express that with a rendition of ‘Steve Bruce, he’s got a big fat head’.

But get Willock to sign on the dotted line and there really is cause for hope.

Well, park the sun lounger this summer and move heaven and earth to bring him to Tyneside permanently.

If it costs £30million, so be it – it was only two summers ago since Ashley forked out £40m on Joelinton, who has taken that whole time to muster the same six goals.

Keeping the irresistible Allan Saint-Maximin at all costs has to also be a priority.

The Frenchman’s other-worldly dribbling had Sheffield United on strings all night, but it was a cute pass to Murphy that set the goal up. 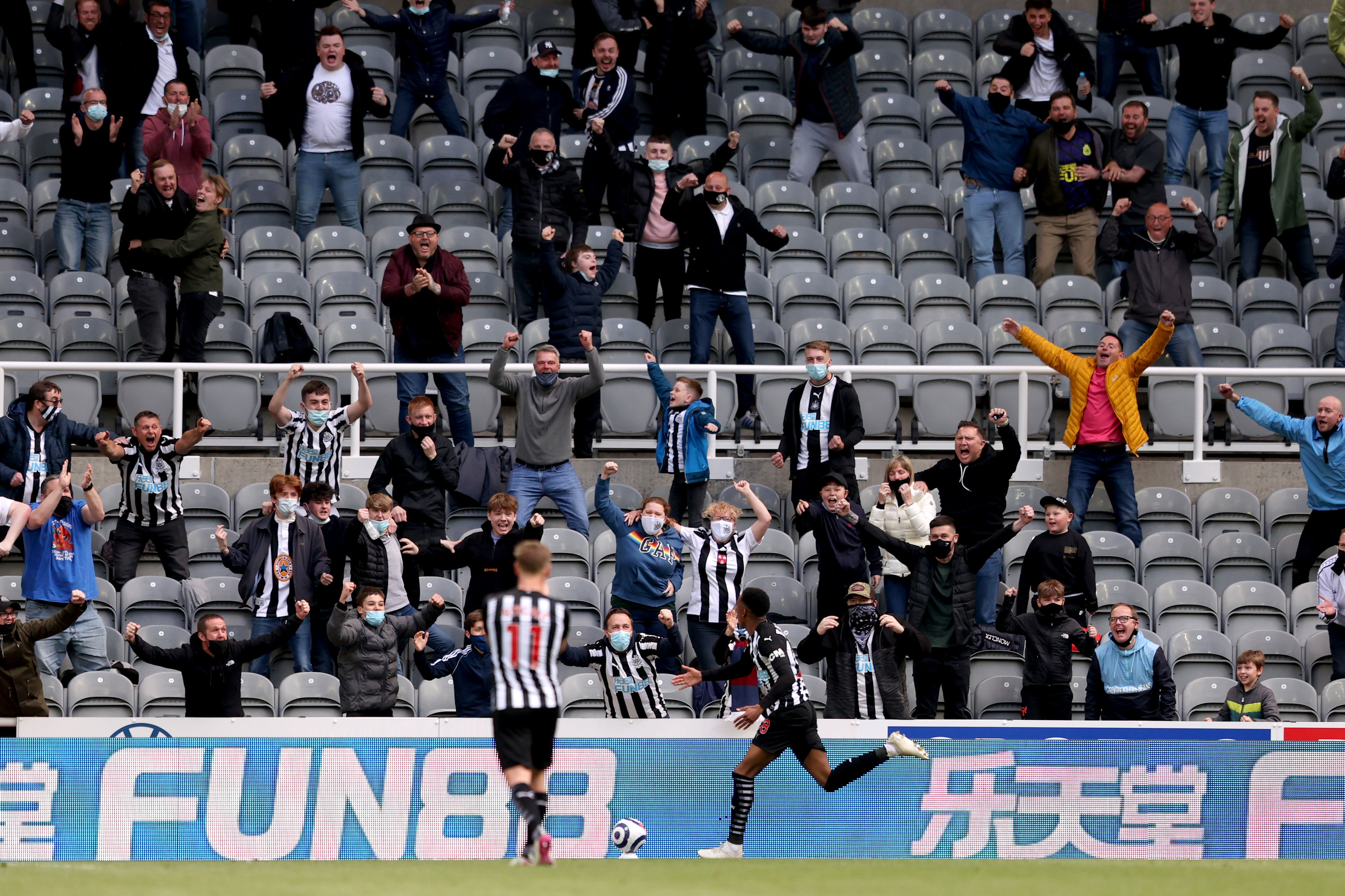 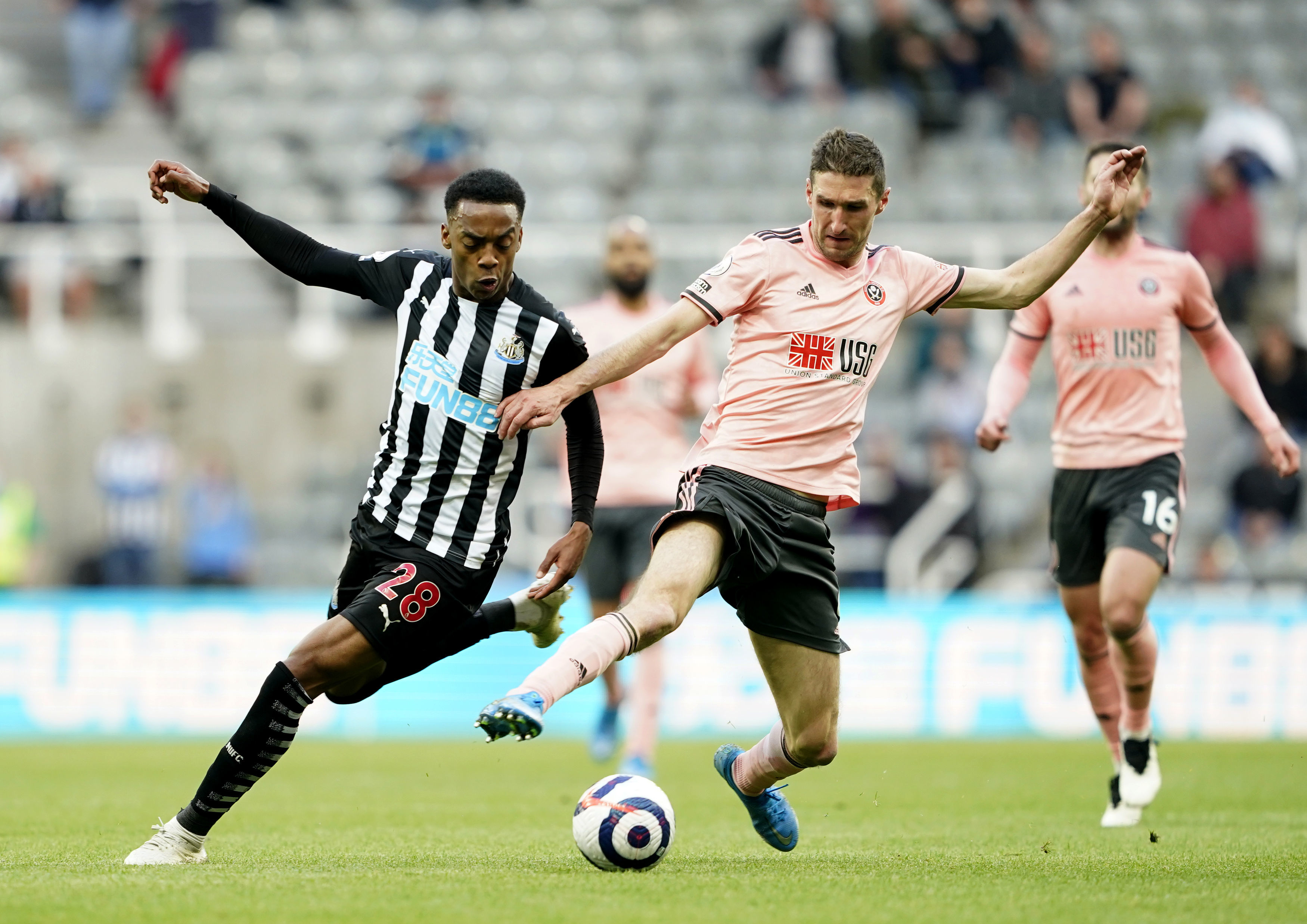 Willock was then on hand to head the deep cross home – and how he lapped it up.

If St James’ Park was loud then there was only one chant that could have been heard from Sunderland.

As he saluted the Gallowgate, they – and all other three stands – responded with a rousing chorus of, ‘Joe Willock, we want you to stay’.

Newcastle boss Bruce wanted the locals to neck a few pints before kick-off and cheer their side to the rafters – and they didn’t disappoint.

With 10,000 spread across all four corners of the famous old stadium, it really was an assault on the senses.

Saint-Maximin and Willock were given the loudest cheers when the teams were announced.

‘Toon, Toon, Black and White Army’, ‘Stand up if you love the Toon’ and ‘We are the Geordies’, all the classics were rolled out.

The first guttural roar came for Saint-Maximin a couple of minutes in as the dazzling winger danced past two Blades challenges.

But despite a ferocious start from the Mags it was the relegated Blades with the first chance, but David McGoldrick fired inches wide. 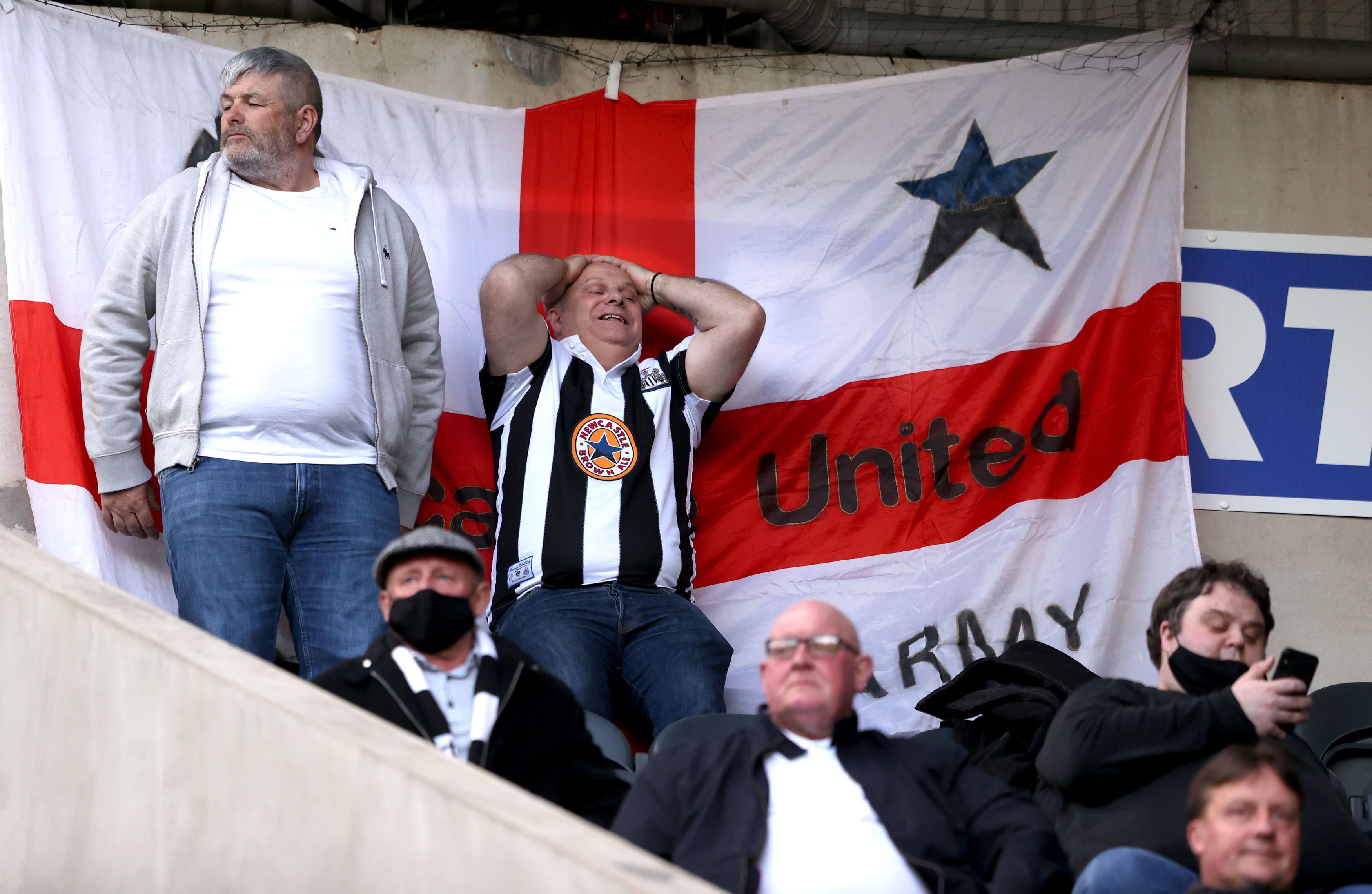 Jonjo Shelvey’s header then forced a stunning stop from Aaron Ramsdale, before Joelinton spooned a header into the upper reaches of the giant Gallowgate End.

But they had the lead on the verge of the break courtesy of that man Willock.

Saint-Maximin was the conductor, playing in Jacob Murphy on the right, who’s dinked cross to the back post was nodded home by the midfielder.

Bruce deserves credit for bringing him in in loan in January, with the 21-year-old respnding with seven goals in all.

But as Saint-Maximin strutted his stuff and looked electric on the counter, this was far from a free-flowing showing from Newcastle.

Sheffield United dominated the second half, with McGoldrick curling a 25-yard effort off the bar.

The Mags held on though, with Willock replaced late on by Andy Carroll clutching his left thigh.

It didn’t look serious though, and as he walked from the far side to the bench he was given a standing ovation by every fan he passed.

His response? Clapping the fans and pointing to the badge on his shirt. Maybe it really isn’t wishful thinking after all.