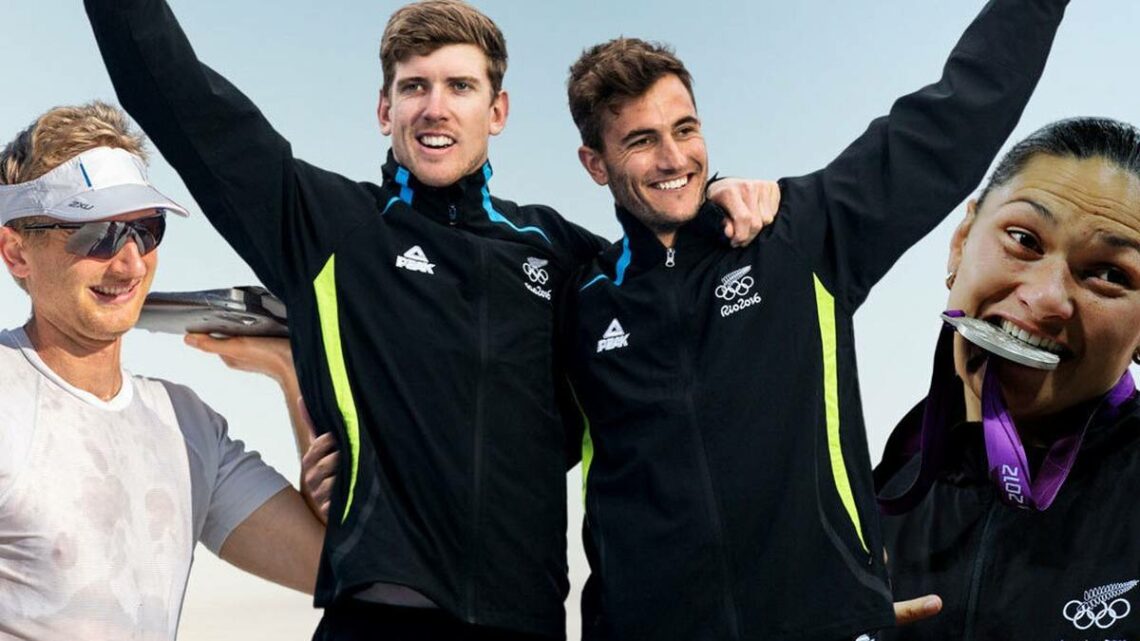 Follow our live updates as the NZOC announces New Zealand’s flag bearer for the Games.

On Wednesday evening the New Zealand Olympic Committee will reveal the flag bearer for the opening ceremony of the Tokyo Olympic Games, and the list of potential candidates is lengthy.

The event which gets underway on July 23 will look a lot different to previous editions thanks to the Covid-19 pandemic, but some traditions remain, including the opening ceremony where New Zealand will be led out by one of their many athletes bearing the country’s flag.

The selection of the athlete at the closing ceremony is straightforward as typically someone who was a standout performer at the event, such as Lisa Carrington in 2016 who defended her K1 200 metre title in the canoe, and rower Mahe Drysdale in 2012 who broke through for his first Olympic gold in the men’s single sculls.

However, it is a little more of a guessing game for the opening commemoration, but the long list of those who have done it in the past all have one thing in common – expected acclaim. The likes of sailors Peter Burling, Blair Tuke and Barbara Kendall, discus thrower Beatrice Faumuina, middle-distance runner Nick Willis, and equestrians Mark Todd and Blyth Tait have all carried the flag to open New Zealand’s campaign, entering those events with anticipation of a medal.

Faumuina arrived at the 2004 Athens Games following a successful build-up with Commonwealth Games and World Cup golds. In 2008 Drysdale was coming off consecutive golds at the World Championships, and Willis in 2012 was a genuine medal chance in the 1500 metre run, coupled with Drysdale and Dame Valerie Adams both ruling themselves out as a flag bearer at the time.

At this year’s Games athletes are not able to arrive at the Olympic village any sooner than five days before the start of their events. However, such a rule doesn’t apply to the flag bearer meaning Dame Valerie Adams, for example, isn’t prohibited from such duties, despite beginning her quest for a fourth Olympic medal on July 30.

At the veteran age of 36 and attending her fifth Olympic Games – only matched once before by a Kiwi female athlete in Barbara Kendall – the Tokyo event is likely Dame Valerie Adams’ swansong at the glamorous multi-sport event.

Adams has two Olympic golds to her credit in 2008 and 2012, as well as silver in 2016, making her our most successful female Olympic athlete, closely followed by Lisa Carrington who has two golds and a bronze.

Incredibly as it may sound, she has never carried the flag to open or close a ceremony for New Zealand, adding more value to her getting the nod now, knowing her presence is unlikely at the 2024 Paris Games.

The last female athlete to hold the flag to open the event was Beatrice Faumuina 17 years ago.

A slightly left-field choice, but one that makes plenty of sense when digging deeper.

Lewis Clareburt enters the Games as New Zealand’s top medal hopeful in swimming and arguably, soon to be our best male in the sport alongside Moss Burmester this century.

The 21-year-old will make his Olympic debut in the Tokyo pool next month, adding a new chapter to what’s been a blossoming young career to date. He has two bronze medals coming at the 2018 Commonwealth Games on the Gold Coast and the 2019 World Championships in Gwangju, both in the 400 metre medley.

Adding to his case, Clareburt broke New Zealand and Oceania records earlier this year, helping place him third in the current world rankings.

Recently crowned America’s Cup champions for the second time, Peter Burling and Blair Tuke head to Tokyo as New Zealand’s most storied global athletes right now, and have a chance to become arguably our greatest Olympic performers if they successfully defend their 49er title.

As well as Olympic champions the pair are world champions as well, with titles in Geelong in 2020 and Auckland in 2019 adding to their vast array of silverware over the last five years. If past, present and expected success is one of the primary prerequisites to be a flag bearer, it is hard to look past the two.

In saying that, what could hold back the dynamic duo is the fact they carried the flag to open the last Games in Rio, and looking back over history, it’s incredibly rare to have a person(s) to hold such duties more than once.

At Rio, Jones claimed her only Olympic medal – a silver in the K1, and backed that up with a bronze at the 2019 World Championships in La Seu d’Urgell, Spain in the same discipline. Her form ahead of her fourth campaign is strong with recent Oceania Championships titles in the women’s K1 and C1 events in March on home waters.

Like Clareburt it would be a surprising call, but also a refreshingly different flavour from the NZOC.

35-year-old Hamish Bond is no stranger to the Olympic Games or gold medals. He was one half of the consistently dominant men’s coxless pair alongside Eric Murray, who won two golds in and amongst six world championship titles. More importantly, they were unbeaten in 69 races over seven years.

Bond will be part of the New Zealand’s men’s eight who only recently secured their place thanks to a sound effort at the ‘Regatta of Death’ in Switzerland.

The fact Bond – one of our greatest Olympians – hasn’t held the flag at any point could help his case, but placing a member of a team as opposed to an individual athlete could be too out of the ordinary for the NZOC.

Bond will also be 38 when the Paris Games roll around, making the Tokyo event more than likely his final Olympic outing.